"It was an idea that was ready to be had." 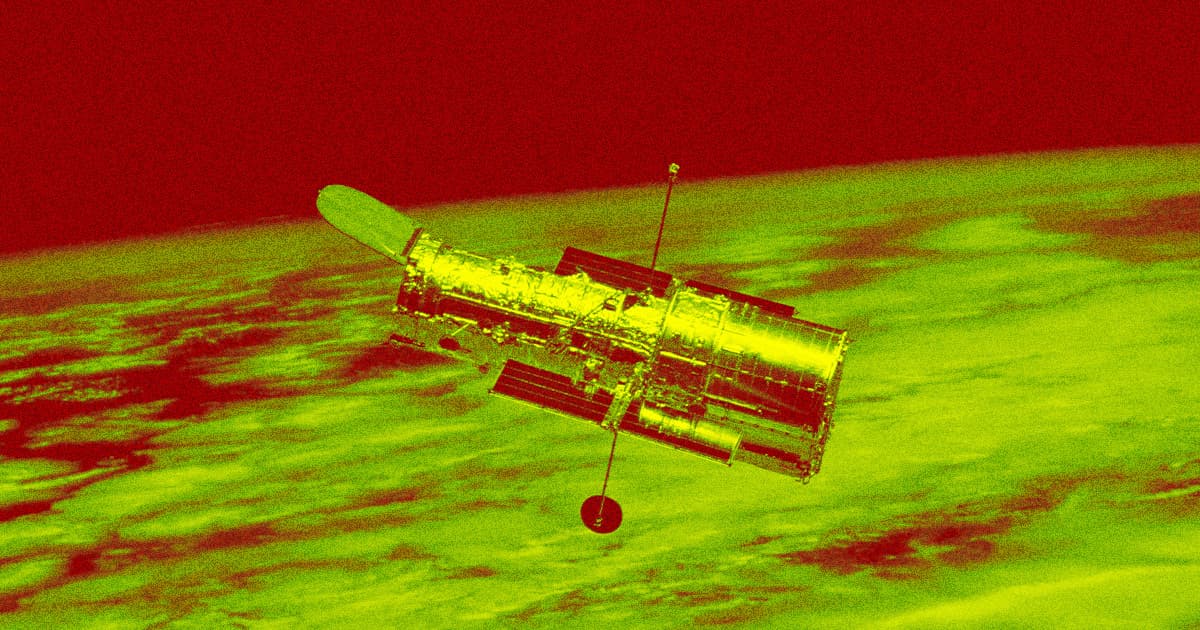 In a last minute press conference, a billionaire space tourist and officials from NASA and SpaceX announced plans — albeit tentative and cautious — to launch a private mission to service the Hubble Space Telescope.

The billionaire in question, Polaris Program founder Jared Isaacman, played things pretty close to the vest. Along with the officials from NASA and SpaceX, he restricted his remarks to announcing a study of whether such a mission would be feasible. The ambition to service the aging telescope, however, was clear.

"With James Webb Telescope now online, Hubble's mission has only gained importance," said Isaacman, "so it's absolutely exciting to think about the possibility of extending the life and capabilities of one of our greatest explorers."

It’s true that the Hubble is showing its age. Last year, it ran into a serious issue involving its computer system that had NASA officials biting their thumbs before figuring out a fix. And Isaacman does have the unusual distinction of having visited orbit last year as part of the Inspiration4 mission, in which he and three crewmates took a several-day space vacation in a SpaceX Crew Dragon module.

That being said, Isaacman made his fortune in the online payment industry. Sure, he earned his place in the history books by by placing the first sports bet from space during last year's trip, but he's not a SpaceX official, nor is he an engineer, scientist, or career astronaut. And servicing old NASA equipment is a fairly strange ambition for someone who lacks those accolades.

But that, perhaps, is actually why the billionaire's sights are set on the Hubble — it could be a legitimizing means of distancing himself from his space tourist reputation, putting himself and his Polaris operation more in the league of SpaceX's Elon Musk, and less in that of Blue Origin's Jeff Bezos.

"Alongside NASA, exploration is one of many objectives for the commercial space industry," Isaacman added, "and probably one of the greatest exploration assets of all time, is the Hubble Space Telescope.

After reporters pressed him on the topic of his qualifications, Isaacman justified the potential mission succinctly.

NASA and SpaceX both stayed relatively coy, making sure to emphasize that private-public cooperation is essential to their goal of a multiplanetary future for humankind. And while Isaacman, in partnership with SpaceX, certainly seems eager to give Hubble a makeover, NASA appears equally as enthusiastic to hand the task off to a commercial venture.

"It was an idea," said Thomas Zurbuchen, associate administrator, NASA’s Science Mission Directorate, "that was ready to be had."