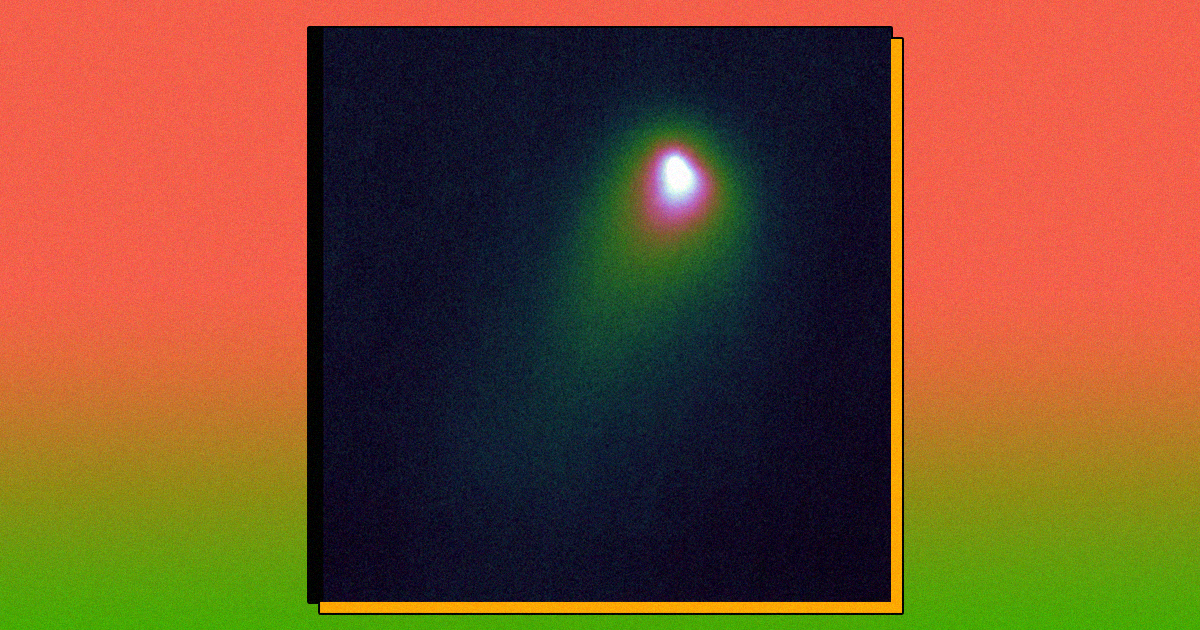 See a Video of the Interstellar Comet Created From Hubble Data

"We should all enjoy the marvelous beauty of our alien comet friend."

"We should all enjoy the marvelous beauty of our alien comet friend."

Almost immediately, scientists across the globe began training their sights on the object — and now, one has used data collected by the Hubble space telescope to create a stunning video of the interstellar comet.

On Tuesday, Paul Kalas, an adjunct professor in the astronomy department at the University of California, Berkeley, uploaded his video of 2I/Borisov to YouTube.

"Here I reduced the new Hubble data and produced a single image," Kalas wrote in the video's description. "The animation records what the comet looks like when emphasizing the coma very near the nucleus versus the fainter but more extended comet tail."

While astronomers detected our first known interstellar visitor, an asteroid dubbed 'Oumuamua, on its way out of our solar system, they discovered 2I/Borisov while it was on its way in.

That means they'll have extra time to study the object while it's still passing through, giving plenty of opportunity to obtain new images and videos like Kalas'.

"Comet Borisov will eventually leave our solar system," Kalas wrote, "but until then we should all enjoy the marvelous beauty of our alien comet friend."

Editor's Note: This article was updated to correct the spelling of Paul Kalas' name.

More on 2I/Borisov: Interstellar Object’s Home Solar System May Resemble Our Own

All Hail NEOWISE
Here Are The Most Amazing Shots of the NEOWISE Comet
7. 13. 20
Read More
Going Interstellar
NASA Wants to Chase Interstellar Objects With "Orbital Slingshot"
5. 11. 20
Read More
Night of the Comet
NASA: Something Is Off About This Interstellar Comet
4. 21. 20
Read More
+Social+Newsletter
TopicsAbout UsContact Us
Copyright ©, Camden Media Inc All Rights Reserved. See our User Agreement, Privacy Policy and Data Use Policy. The material on this site may not be reproduced, distributed, transmitted, cached or otherwise used, except with prior written permission of Futurism. Articles may contain affiliate links which enable us to share in the revenue of any purchases made.
Fonts by Typekit and Monotype.