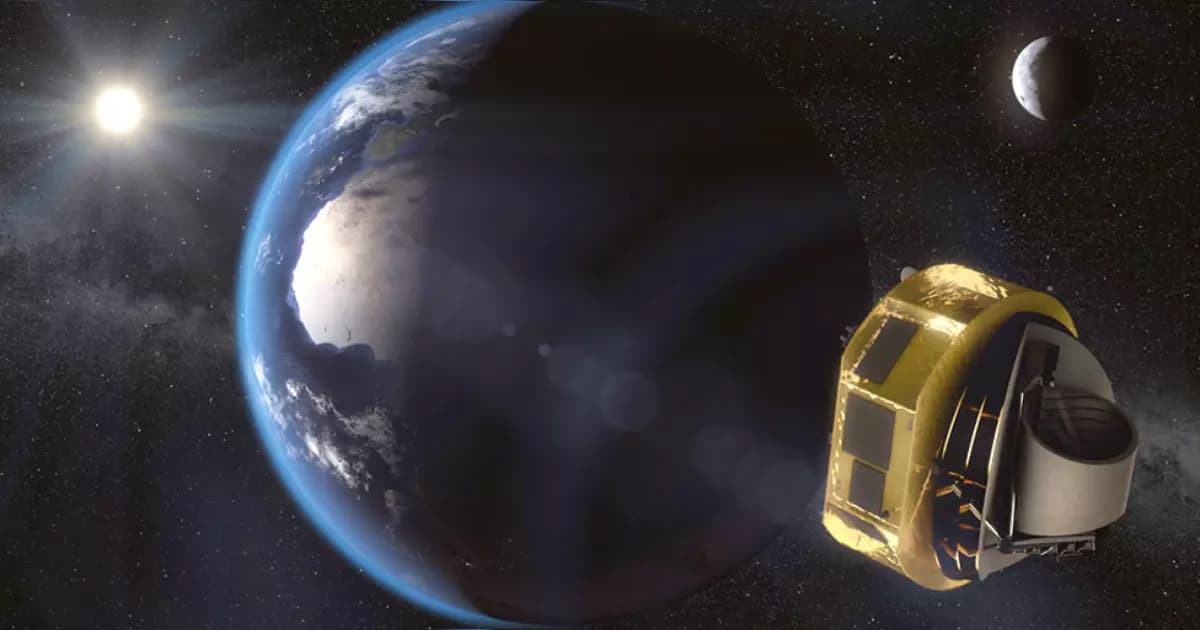 Upcoming Space Telescope Will Study the Atmospheres of Distant Exoplanets

"It's the first time they've built quite such a large telescope out of aluminium."

"It's the first time they've built quite such a large telescope out of aluminium."

The European Space Agency just formally signed off on two years' worth of feasibility studies that will hopefully clear the way for an exoplanet-studying space telescope for launch in 2029, the BBC reports.

The telescope, the called Atmospheric Remote-sensing Infrared Exoplanet Large-survey (ARIEL) is designed to study what the atmospheres of exoplanets are made of, and how they are formed and evolve, according to a statement. It will survey the visible and infrared wavelengths of some 1,000 exoplanets.

ESA scientists will now move on to the building phase, constructing different parts meant to test the space telescope's design. The biggest challenge will be the construction of a 3.6 foot primary mirror, which will be built out of aluminum and then coated in silver, as the BBC reports.

Such a mirror, according to the broadcaster, will have to be able to work even when temperatures dip below -230 degrees Celsius (-382 Fahrenheit).

"It's the first time they've built quite such a large telescope out of aluminium," Rachel Drummond, ARIEL national project manager at RAL Space in the UK, told the BBC. "The reason you choose mainly one metal is so it all shrinks together, as it goes cold, so the whole thing stays in focus, even when it's getting smaller."

It's not the ESA's first exoplanet-studying telescope mission. The Cheops telescope launched last year, which was designed to study distant planets and learn how they formed.

More on exoplanets: If the Readings Are Right, There’s Something Very Strange About This Exoplanet

Water Canyon
Scientists Spot Hidden Water in Mars' Grand Canyon
12. 15. 21
Read More
Star Stream
Something Is Ripping Apart the Nearest Star Cluster to Earth
3. 25. 21
Read More
Soft Boy
Final Clues From Derelict Lander: Comet Interior "Extraordinarily Soft"
10. 28. 20
Read More
+Social+Newsletter
TopicsAbout UsContact Us
Copyright ©, Camden Media Inc All Rights Reserved. See our User Agreement, Privacy Policy and Data Use Policy. The material on this site may not be reproduced, distributed, transmitted, cached or otherwise used, except with prior written permission of Futurism. Articles may contain affiliate links which enable us to share in the revenue of any purchases made.
Fonts by Typekit and Monotype.