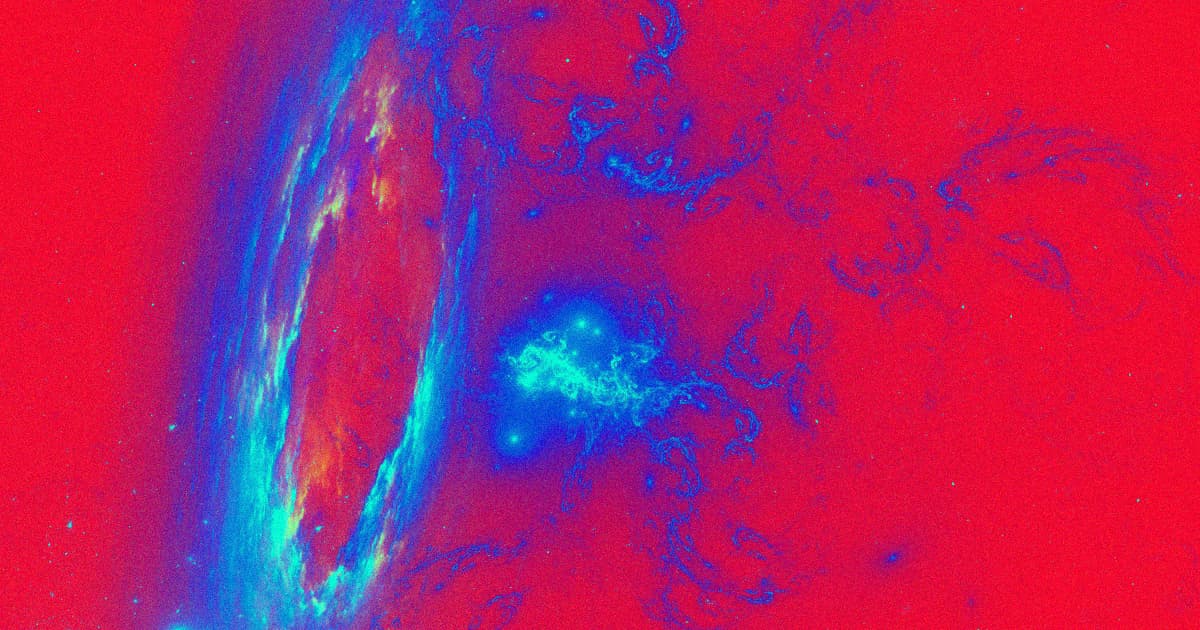 The Universe Is Getting Steadily Hotter, According to New Research

"Temperature has increased about 10-fold."

"Temperature has increased about 10-fold."

Over the past 10 billion years, the universe has slowly gotten hotter and hotter.

In fact, a team of scientists from the University of Tokyo and the Ohio State University found that the mean temperature of gases in the universe has increased tenfold during that time period. It turns out that the ongoing process of creating new galaxies also heats up everything around it.

Dragging all of that stuff together into new stars and galaxies, according to research the team published in The Astrophysical Journal last month, essentially gives a rug burn to all of the particles around them.

"As the universe evolves, gravity pulls dark matter and gas in space together into galaxies and clusters of galaxies," lead study author and Ohio State astrophysicist Yi-Kuan Chiang said in a press release. "The drag is violent — so violent that more and more gas is shocked and heated up."

To uncover the shift in temperature, scientists measured the heat of gases based on how far from Earth they were. Because light from distant stars and galaxies takes time to reach us, looking at distant objects is also like looking back in time.

The farther away they looked, the more temperatures seemed to drop, indicating that everything got warmer over time.

More on the universe: Scientist: Knowing How the Universe Will Die Comforts Me