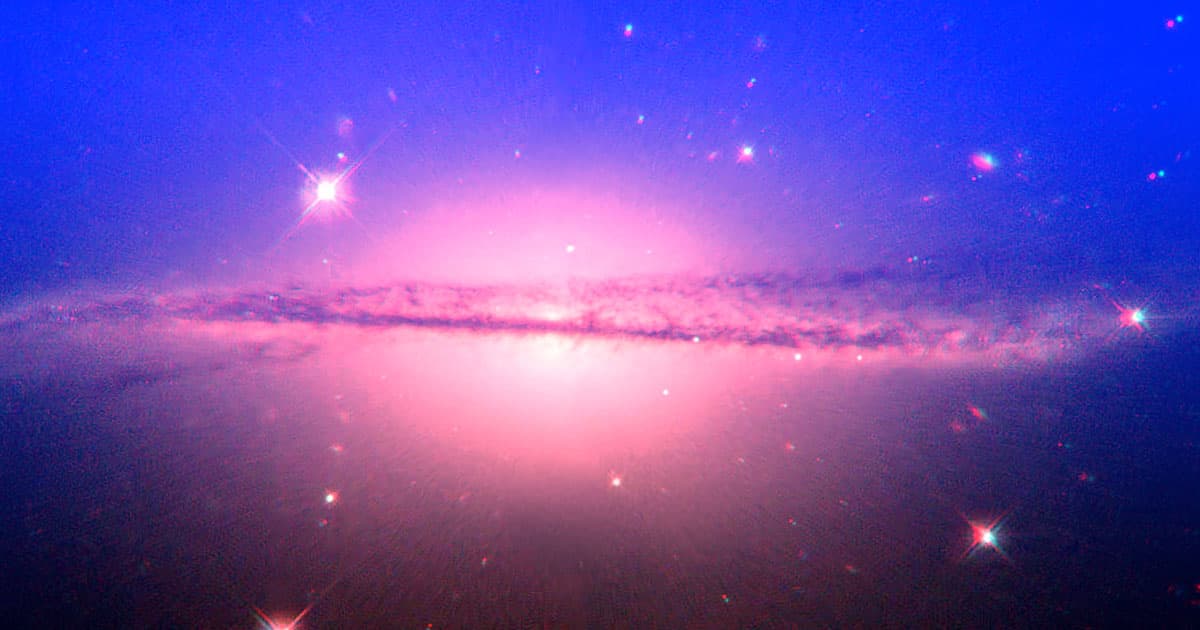 And they could shed new light on everything from black holes to dark matter.

And they could shed new light on everything from black holes to dark matter.

A team of astronomers from the University of Tokyo has uncovered a population of 39 massive ancient galaxies — and they could inform our understanding of everything from the universe's birth to the nature of dark matter.

"This is the first time that such a large population of massive galaxies was confirmed during the first 2 billion years of the 13.7-billion-year life of the universe," researcher Tao Wang said in a press release. "These were previously invisible to us."

In a new study published in the journal Nature, the scientists explain that these galaxies went undetected for so long because the light from them is incredibly faint, with long wavelengths that the Hubble telescope couldn't register.

It was only through the use of a pair of newer devices — the Atacama Large Millimeter/submillimeter Array and the Very Large Telescope — that the ancient galaxies became visible.

Now that they know these ancient galaxies exist, the astronomers believe they'll be able to fill in some gaps in our understanding of the universe's evolution.

They also say the galaxies could yield new insights into supermassive black holes and dark matter — and that's not even taking into account what we might learn from future observations.

"I'm eager for upcoming observatories like the space-based James Webb Space Telescope to show us what these primordial beasts are really made of," Wang said.

Falling In
Objects We Thought Were Black Holes May Actually Be Wormholes, Scientists Say
11. 15. 22
Read More
Bangs and Bounces
Scientists Say Stuff Might Have Been Happening Before the Big Bang
11. 5. 22
Read More
Dark Secrets
Scientists Just Detected the Oldest Dark Matter Ever Observed
8. 3. 22
Read More
+Social+Newsletter
TopicsAbout UsContact Us
Copyright ©, Camden Media Inc All Rights Reserved. See our User Agreement, Privacy Policy and Data Use Policy. The material on this site may not be reproduced, distributed, transmitted, cached or otherwise used, except with prior written permission of Futurism. Articles may contain affiliate links which enable us to share in the revenue of any purchases made.
Fonts by Typekit and Monotype.