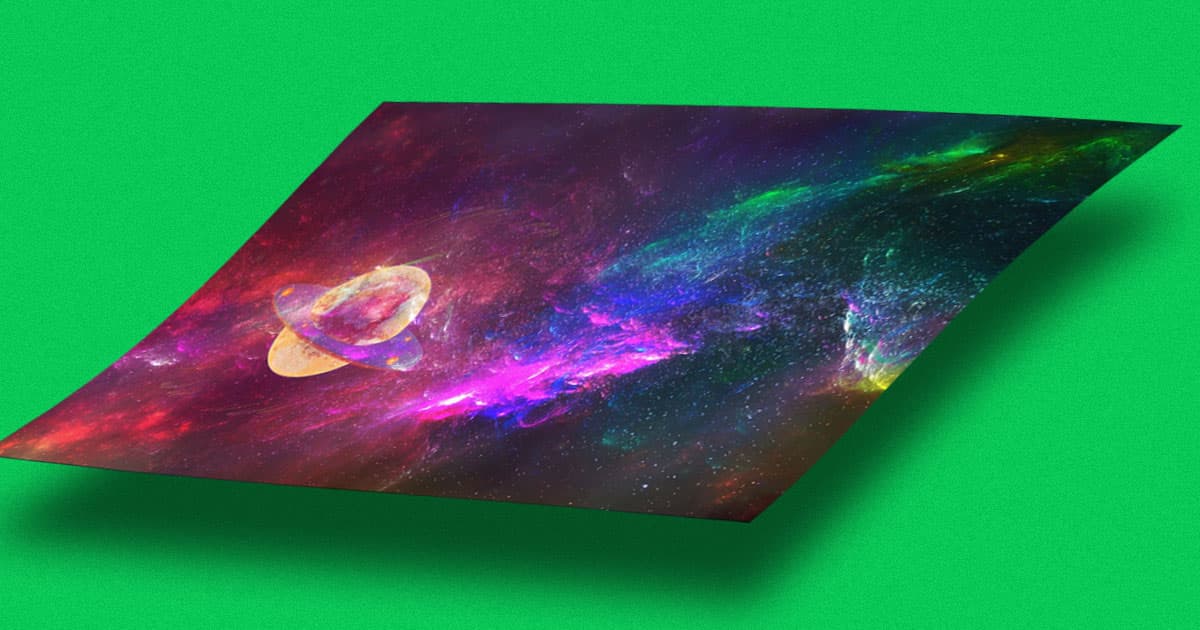 According to precise new measurements of dark energy, scientists believe that our entire universe is totally flat.

By improving the way astronomers measure the impact of dark energy — the force thought to be driving our universe's expansion — a team of University of Portsmouth scientists found that the universe may be spatially flat rather than shaped like a bubble. And in doing so, they may have solved a major astronomical debate.

Previously, scientists measured dark energy by tracking distant supernovae. Instead, the Portsmouth scientists looked at over a million galaxies and quasars, according to research published last week in the journal Physical Review Letters.

That data reportedly allows for a vastly improved understanding of how dark energy is pushing our universe outward. Therefore, it could finally settle the ongoing debate over the Hubble constant, a contested value that describes how rapidly the universe is expanding.

When scientists say the universe is flat, it doesn't necessarily mean it resembles an infinitely-expanding sheet of paper. More study, for instance, is needed to determine whether the universe could be bent into a torus — a donut-like shape still considered "flat" by cosmological models.

"This result shows the power of galaxy surveys to pin down the amount of dark energy and how it evolved over the last billion years," Portsmouth cosmologist Seshadri Nadathur said in a press release. "We're making really precise measurements now and the data is going to get even better with new surveys coming online very soon."

READ MORE: Most Precise Tests of Dark Energy and Cosmic Expansion Yet Confirm the Model of a Spatially Flat Universe [University of Portsmouth]

More on the universe: The Universe May Loop Around Like an Old Video Game

Quacks Like a Duck
Those Headlines About Scientists Building a Wormhole Are Total Nonsense, People
12. 1. 22
Read More
Bangs and Bounces
Scientists Say Stuff Might Have Been Happening Before the Big Bang
11. 5. 22
Read More
Hubble Tension
Most Precise Measurements of the Universe Suggest That Something Is Very Wrong
10. 20. 22
Read More
+Social+Newsletter
TopicsAbout UsContact Us
Copyright ©, Camden Media Inc All Rights Reserved. See our User Agreement, Privacy Policy and Data Use Policy. The material on this site may not be reproduced, distributed, transmitted, cached or otherwise used, except with prior written permission of Futurism. Articles may contain affiliate links which enable us to share in the revenue of any purchases made.
Fonts by Typekit and Monotype.