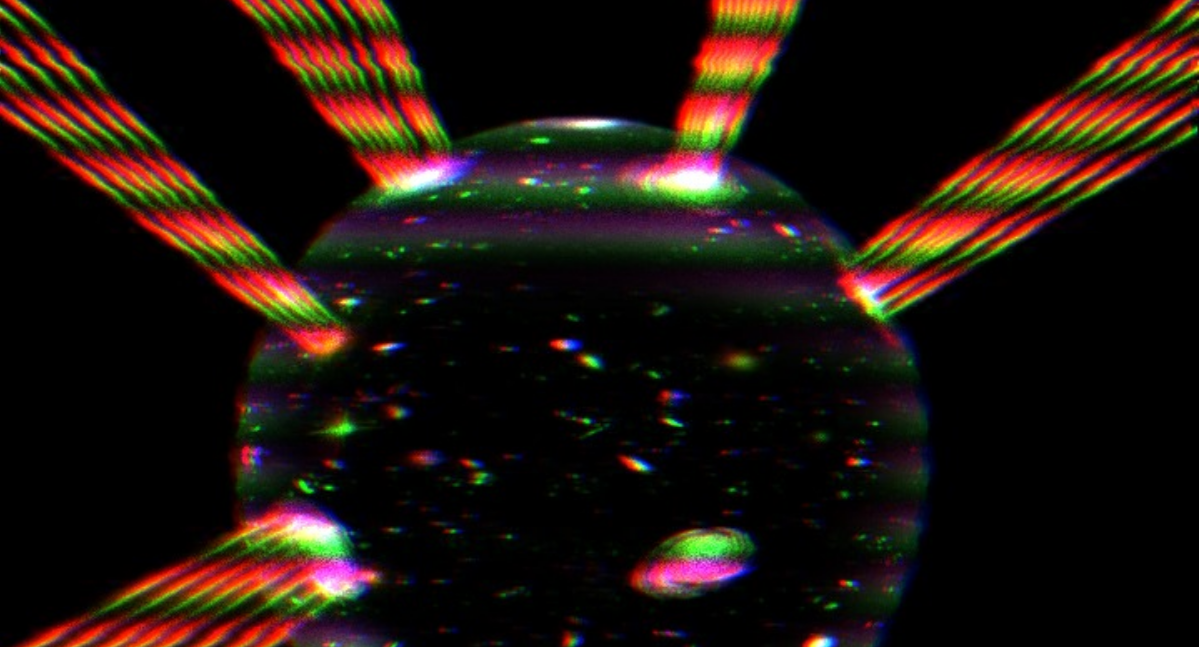 New Theory: The Universe is a Bubble, Inflated by Dark Energy

And it's covered with strings that make up its matter.

And it's covered with strings that make up its matter.

A mind-bending new theory claims to make sense not just of the expanding universe and extra dimensions, but string theory and dark energy as well.

According to the new model, proposed in the journal Physical Review Letters by researchers from Uppsala University, the entire universe is riding on an expanding bubble in an "additional dimension" — which is being inflated by dark energy and which is home to strings that extend outwards from it and correspond to all the matter that it contains.

The paper is extraordinarily dense and theoretical. But the surprising new theory it lays out, its authors say, could provide new insights about the creation and ultimate destiny of the cosmos.

In the long view, though, physicists have suggested many outrageous models for the universe over the years — many of which we've covered here at Futurism. The reality: until a theory not only conforms to existing evidence but helps explain new findings, the road to a consensus will be long.

READ MORE: Our universe: An expanding bubble in an extra dimension [Uppsala University]

More on dark energy: An Oxford Scientist May Have Solved the Mystery of Dark Matter

Hubble Tension
Most Precise Measurements of the Universe Suggest That Something Is Very Wrong
10. 20. 22
Read More
Big Sky
Scientists Say New Experiment Will Determine "Fate of the Universe"
5. 4. 21
Read More
Fifth Element
Physicists Say Universe Filled With Mystery Substance Called "Quintessence"
11. 25. 20
Read More
+Social+Newsletter
TopicsAbout UsContact Us
Copyright ©, Camden Media Inc All Rights Reserved. See our User Agreement, Privacy Policy and Data Use Policy. The material on this site may not be reproduced, distributed, transmitted, cached or otherwise used, except with prior written permission of Futurism. Articles may contain affiliate links which enable us to share in the revenue of any purchases made.
Fonts by Typekit and Monotype.