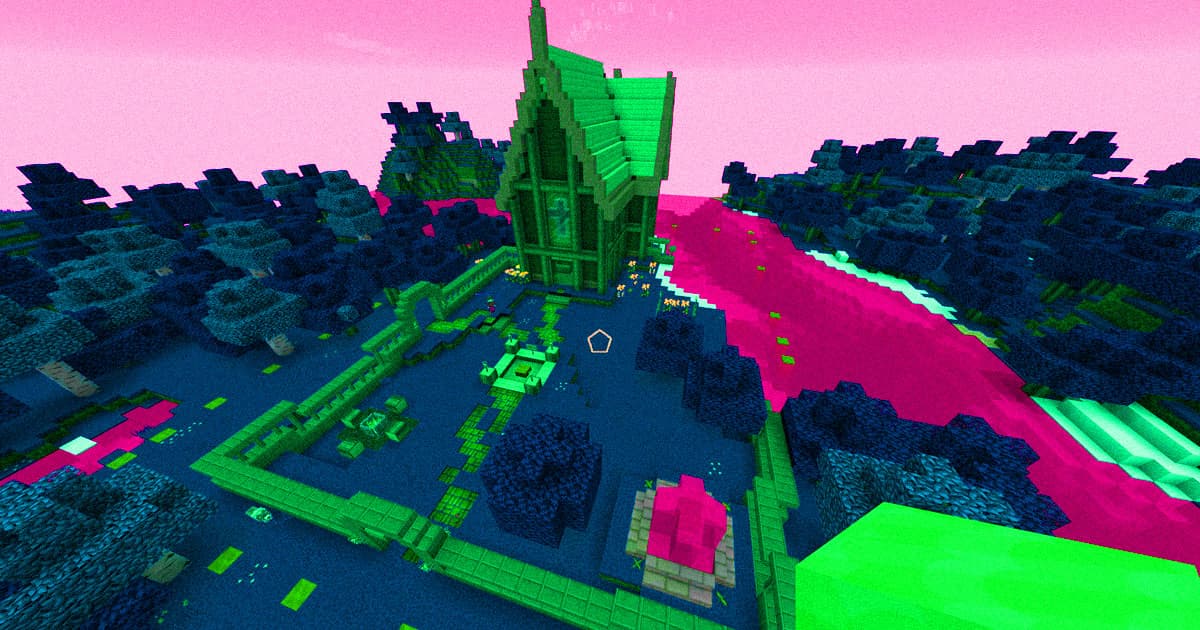 Luckily, the priest who launched the server had a trick up his sleeve.

Luckily, the priest who launched the server had a trick up his sleeve.

When a Roman Catholic priest made a Vatican-themed Minecraft server, he meant for it to be an online haven where people could hang out free from internet toxicity.

Instead, trolls descended, immediately overwhelming the server with a DDOS attack, Business Insider reports. And while internet trolls, especially on Minecraft, are far from new, it's bizarre to see the Vatican get wrapped up in the mess.

"You can invite people who want to be creative, who don't want to be toxic, and you create an environment in which people can express themselves and build up a relationship," Ballecer told Rome Reports. "And the relationship thing is the most important part. That's ultimately what I want to do with the server."

But as soon as the server went up, Ballecer tweeted that it was under attack by trolls launching a DDOS attack, which involves flooding a server with so much activity that it gets overloaded.

The next day, however, he revealed that the first server had been a test. He'd used it to weed out some trolls and ban them from the real server, which is now live.

The MC server we've been running was the test server. It allowed us to build up a ban-list of 100 or so User IDs and IPs and see where we would be attacked.

Tomorrow we launch the production server. 😄

It will still get attacked, but now we've got a head start. pic.twitter.com/XvuLkvB0MA

READ MORE: The Vatican started a 'Minecraft' server and it was immediately attacked, according to the priest that set it up [Business Insider]

More on Minecraft: Facebook Research Is Using Minecraft to Train AI. Here's Why.

Russian Block
Teen Sentenced to Prison for Plotting Terror Attack in Minecraft
Feb 11
Read More
All the News That's Fit to Mine
This Virtual Library in Minecraft Gives a Voice to Censored Journalists
3. 14. 20
Read More
Go Time
Hackers Declare War on Anti-Abortion States
7:10 PM
Read More
+Social+Newsletter
TopicsAbout UsContact Us
Copyright ©, Camden Media Inc All Rights Reserved. See our User Agreement, Privacy Policy and Data Use Policy. The material on this site may not be reproduced, distributed, transmitted, cached or otherwise used, except with prior written permission of Futurism. Fonts by Typekit and Monotype.