Teen Sentenced to Prison for Plotting Terror Attack in Minecraft

The building wasn't even real!? 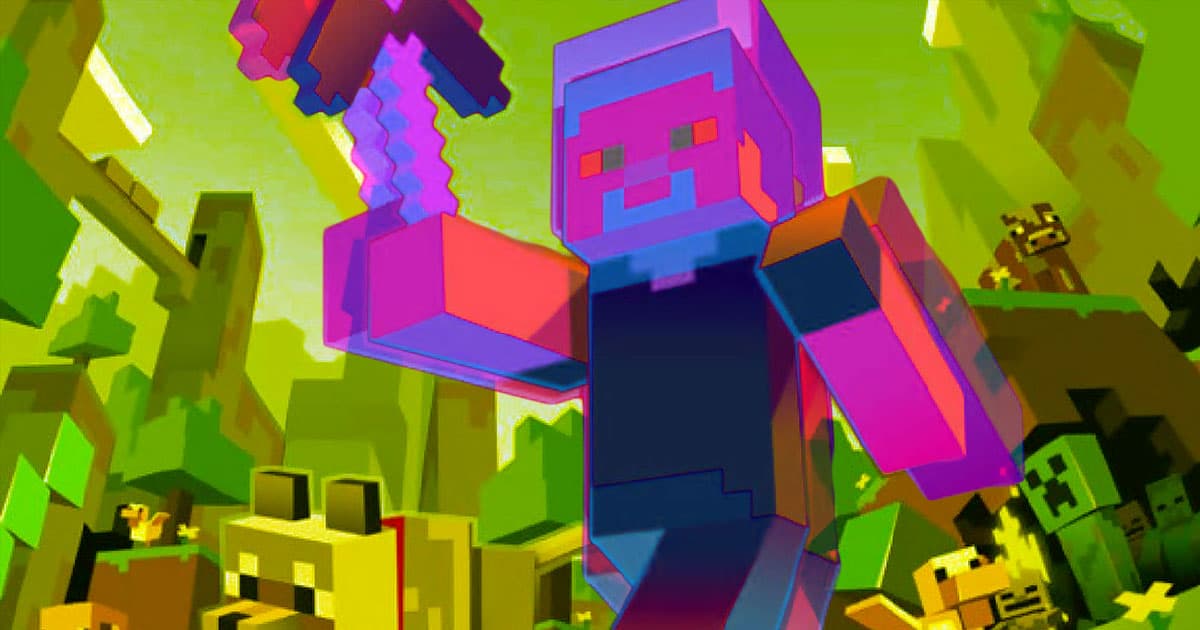 A group of Russian teenagers got in trouble this week for allegedly planning to blow up a fake government building they'd built in Minecraft, according to EuroNews — as opposed to, you know, one that actually exists in the real world.

Two of the three teens were cleared of charges because they cooperated with authorities, but Nikita Uvarov, age 16, was sentenced to five years in prison by a Siberian military court for "training for terrorist activities," rights lawyer Pavel Chikov told EN and Agence France-Presse via Telegram.

"For the last time in this court I want to say: I am not a terrorist," Uvarov told the Novaya Gazeta newspaper.

According to EN, Uvarov and two others were previously detained in the summer of 2020 for spreading leaflets that supported a Moscow mathematician and anarchist activist on trial for vandalism. The three put one of their leaflets on a local FSB building, which is Russia's powerful security agency. After police took their phones, they found plans to blow up an FSB building the teens had created in the popular game.

Not only does the building not exist in real life, but EN reported that Uvarov pleaded not guilty and denied wanting to blow anything up in real life. He also mentioned pressure from the authorities, which EN reports has leveled "preemptive charges" at teen anarchists and activists before.

The problem, of course, is that nobody can accurately predict crime, and tools that create preemptive measures are widely criticized. In 2020 the New York Times reported that a 30-year old man had no clue his years-long struggle with parole officers was largely created by an algorithm that predicts crime risk in incarcerated individuals, and activists have long railed against similar programs that use less personal data to predict crime in physical locations before it happens.

Because human bias is coded into those algorithms, needless to say, marginalized groups are more likely to suffer the consequences.

And Russia isn't even using an algorithm to preemptively charge teens. They're just guessing that in-game activity will translate. But by that logic, wouldn't we charge every player who loves first person shooters?

If predictive criminal charges continue, teens like Uvarov will continue to suffer. In his own words for the Novaya Gazeta, Uvarov says he just wants to leave Russia and finish school.

"I just would like to finish my studies, get an education and go somewhere far away from here," Uvarov said, according to the Russian investigative outlet. "I ask the court to let me do it."

Read This Next
Will Somebody Think of the Children?
Mom Horrified by What Her Kids Are Seeing in Roblox
Read the Room
Elon Musk Fans Horrified as He Suggests Ukraine Give in to Putin's Demands
Finger Pointing
Russia Warns That Nuclear Plant It Captured May Leak Waste Over Europe
Meta-Terrorism
OnlyFans Accused of Paying Bribes to Put Enemies on Terrorist Watchlist
Sobering News
Ukrainian Hackers Allegedly Cut Off Russian Soldiers' Beloved Vodka Supply
More on Future Society
Down in Flames
Wednesday on the byte
Elon Musk Apparently Thinks Twitter Is a "Flaming Dumpster Rolling Down the Street"
All Tomorrow's Pa...
Wednesday on the byte
Party Startup Says It Has Zero Plans to Make Any Money With Investors' Funds
Primate Theft
Tuesday on the byte
It Was a Very Bad Weekend for Monkeys Being Stolen From Zoos, Apparently
READ MORE STORIES ABOUT / Future Society
Keep up.
Subscribe to our daily newsletter to keep in touch with the subjects shaping our future.
+Social+Newsletter
TopicsAbout UsContact Us
Copyright ©, Camden Media Inc All Rights Reserved. See our User Agreement, Privacy Policy and Data Use Policy. The material on this site may not be reproduced, distributed, transmitted, cached or otherwise used, except with prior written permission of Futurism. Articles may contain affiliate links which enable us to share in the revenue of any purchases made.
Fonts by Typekit and Monotype.