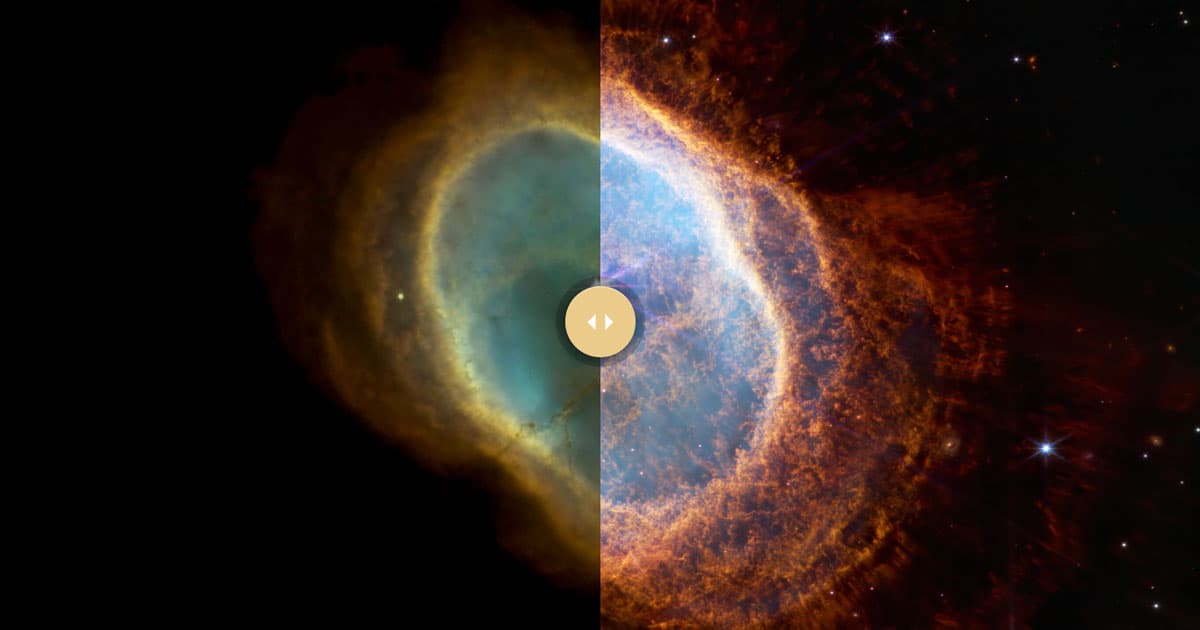 It's a huge upgrade.

It's a huge upgrade.

NASA has released the long-awaited first images by the James Webb Space Telescope, wowing the world with an unprecedented look at the deepest corners of the universe.

And, as a simple tool that's going viral online goes to show, the images are a huge upgrade over the $10 billion space telescope's predecessor, the iconic Hubble Space Telescope.

When it launched back in 1990, Hubble proved to be a groundbreaking tool in the field of astronomy, offering us rare glimpses of some of the oldest galaxies and stars known to us, dating back to well over 13 billion years ago — just hundreds of millions of years after the Big Bang.

In fact, the Hubble is still alive and well, despite some technological setbacks, still providing scientists with data decades later.

But, as the James Webb Space Telescope demonstrates, science and tech have come a long way since then. The images NASA shared this week show dying stars, star nurseries, and merging galaxies in stunning detail, a vast upgrade in terms of clarity and resolution.

For instance, the already iconic image of SMACS 0723 has already proven to be the deepest and sharpest infrared image of the distant universe to date — and the James Webb team is only getting started.

That kind of fidelity will prove to be a boon for researchers across the globe, giving them access to a treasure trove of data that will more than likely prove to be a gift that will keep on giving.

More on the telescope: This Horror Story About the Webb Telescope Will Chill Your Bones