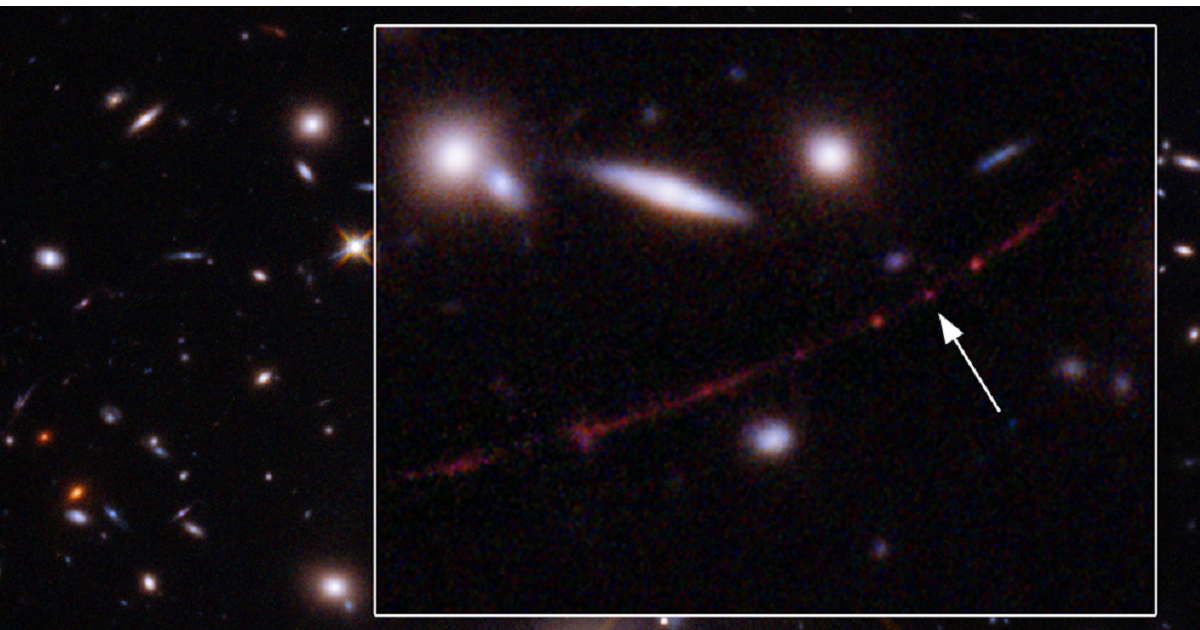 NASA Releases Hubble Image of Most Distant Star Ever Seen

"We almost didn't believe it at first..."

"We almost didn't believe it at first..."

Following a week of hype after NASA teased the release of a historic Hubble Space Telescope image, it’s finally here — and it’s indeed quite extraordinary.

Long story short, the image appears to depict the most distant star ever spotted by humankind. That’s not just breaking a record, researchers behind the discovery say, but provides significant insight into the early universe and also sets up a “major confirmation” for the ultrapowerful new James Webb Space Telescope.

“We almost didn’t believe it at first, it was so much farther than the previous most-distant, highest redshift star,” said astronomer Brian Welch of the Johns Hopkins University in Baltimore, the lead researcher behind the new image, in a blurb about the finding.

The Hubble was able to image the star, dubbed Earendel — yes, that’s a “Lord of the Rings” reference — because of a fortuitous alignment behind a galaxy cluster that created a gravitational lens effect that magnified the incredibly distant celestial body.

“Normally at these distances, entire galaxies look like small smudges, with the light from millions of stars blending together,” Welch said. “The galaxy hosting this star has been magnified and distorted by gravitational lensing into a long crescent that we named the Sunrise Arc.”

The finding, described in a brand new paper in the journal Nature, provides a glimpse into the universe during a little-understood era when the entire composition of stars may well have been different. Soon, they said, they plan to image it with the still-being-calibrated James Webb telescope, which is even more powerful than the Hubble.

“Earendel existed so long ago that it may not have had all the same raw materials as the stars around us today,” Welch said. “Studying Earendel will be a window into an era of the universe that we are unfamiliar with, but that led to everything we do know. It’s like we’ve been reading a really interesting book, but we started with the second chapter, and now we will have a chance to see how it all got started”