Why You Should Be Excited About the James Webb Space Telescope

The James Webb will be 100 times more sensitive than all the telescopes that came before it. 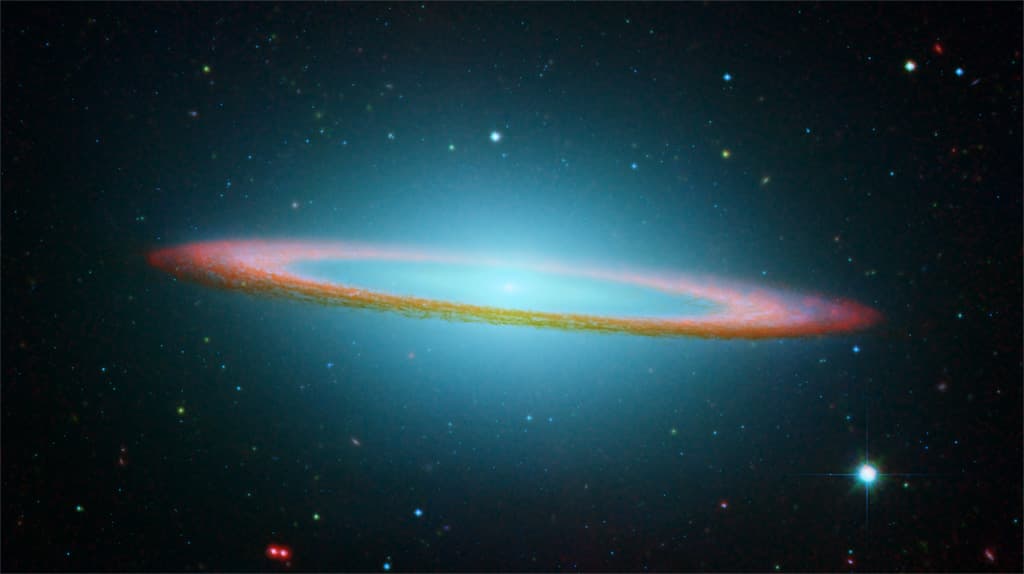 With our eyes, we can see the sky above us and the grass below. If we want to explore the depths of our universe, our eyes let us see a few thousand stars, the sun, our moon, and (on a really clear night) a few planets that orbit in our solar system. That's it. That's our entire universe. Or at least, it was.

Technology has allowed us to go above and beyond the bounds of our senses and peer through the cosmos in a much more meaningful way. It has transformed our little universe, which seemed to house just a few thousand stars, into an unending cosmic sea that is populated by trillions upon trillions of stars.

When we sent the Hubble Space Telescope into orbit in 1990, we knew that the universe was a rather large place, but we still weren't prepared for all that we would find. The researchers in charge of Hubble decided to do a little experiment with the newly-minted telescope, prompting it to watch a small, unassuming patch of sky over the course of several days.

To clarify, the scientists took the most powerful tool in the world and aimed it at...nothing...a patch of sky that seemed to be free of any notable features, including stars, galaxies, planets or nebulae. This is the spot Hubble focused on:

You see that little yellow outline? Well, that's it. Of all of the places to look, this is where Hubble's cameras were aimed day after day after day. For 10 days, the most powerful telescope in the world was entirely monopolized, and it was staring at nothing.

But of course, you can probably guess what it saw; It is one of the most iconic images ever taken, after all:

This is the Hubble Deep Field image. As it turns out, a little blank patch of space, a span that is about one 24-millionth of the whole sky, hides a sea of galaxies. Nearly all of the 3,000 objects in the image are galaxies. Take a moment to fathom that.

A New Age in Astronomy

Well, for starters, the James Webb Space Telescope (JWST), Hubble's successor, will be more sensitive by a factor of about 100 than all the other telescopes that came before it. It could help us see some of the first stars forming in the universe. It could allow us to image planets orbiting alien stars. It will open up a world (a universe) of possibilities. We will be able to see farther and deeper than ever before.

You may have heard that JWST is primarily an infrared telescope. The reason for this lies within the indisputable fact that not only is the Universe is expanding, but the expansion is accelerating all the time. We call the mechanism driving the expansion dark energy, which is related to dark matter.  Edwin Hubble was the one who made this discovery.

It was also determined by measuring the red-shift (the change in the wavelength of an object's light. In this case, the frequency is shifted as it moves away from an observer – called the Doppler Effect) of these galaxies. Using this red-shift, we can determine how far away a galaxy is and how fast it is moving.

In any case, because space is expanding, light is stretched as it travels across the cosmos. And because it takes so long to reach us, the most distant light is stretched so much that it enters the infrared part of the spectrum. Ultimately, this is why the JWST is primarily infrared. The galaxies farthest away from us appear in infrared, and they allow us to peek at the infant years of the Universe.

By observing in the infrared, the JWST will allow us to peer further back into history than Hubble was able to. It has been suggested that the JWST will be able to see galaxies and stars that formed only a few hundred million years after the Big Bang.

In order to use this technology effectively, the JWST will have to be positioned far from Earth (in L2 orbit).

This is because the telescope has to be very cold to operate properly. For the sake of comparison, the moon is about 238,600 miles/384,000 km away from Earth. The JWST will be a staggering 932,000 miles/1,500,000 km away. At this far distance, the JWST may shed some light on the biggest mystery facing the human race – how did the Universe begin?

Read This Next
Tada!
NASA Officially Unveils First Set of Dazzling James Webb Images
Cosmic
Here's What to Expect From James Webb's First Images
Astronaut Drip
We Just Got the First Peek at NASA's Artemis Moon Landing Suits
Blast Off
Former Astronaut Details Quest to Grow Cannabinoids in Space
Name Game
NASA May Still Rename James Webb Telescope Over Homophobia Controversy
More on Off World
Centrifugal Motion
Yesterday on the byte
NASA Tests System to Fling Satellites Into Sky Using Huge Centrifuge
Universally Cool
Yesterday on the byte
Madman Builds "Entire Universe" in Minecraft
I'll Allow It
Wednesday on the byte
SpaceX Ground Control References "Mean Girls" During Astronaut Launch
READ MORE STORIES ABOUT / Off World
Keep up.
Subscribe to our daily newsletter to keep in touch with the subjects shaping our future.
+Social+Newsletter
TopicsAbout UsContact Us
Copyright ©, Camden Media Inc All Rights Reserved. See our User Agreement, Privacy Policy and Data Use Policy. The material on this site may not be reproduced, distributed, transmitted, cached or otherwise used, except with prior written permission of Futurism. Articles may contain affiliate links which enable us to share in the revenue of any purchases made.
Fonts by Typekit and Monotype.