This Horror Story About the Webb Telescope Will Chill Your Bones

"In hindsight, we may have been better off if we had never discovered the truth." 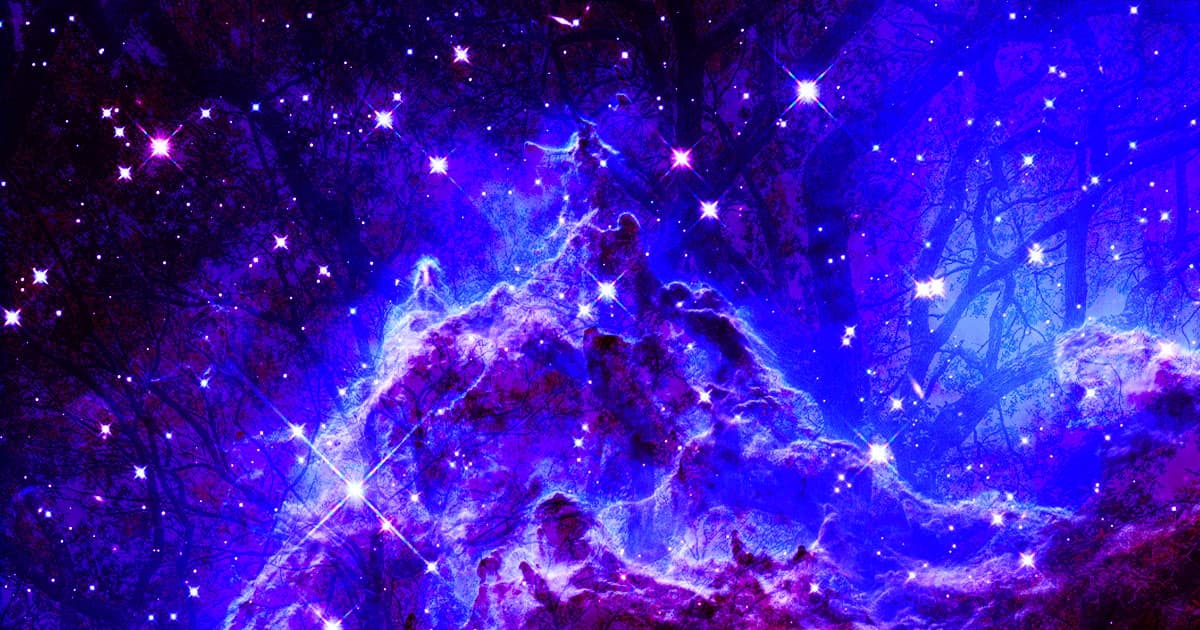 While most of the science world is thrilled over the highest-ever resolution images that are about to be released by the newly-aligned James Webb Space Telescope, one fictitious horror story making the rounds might give you pause about looking into the beyond.

Imagine, if you will, the scariest types of secrets a NASA employee could hold — and then throw it out the window, because this story isn't about any of them.

"No, the Earth isn't flat, and aliens don't control the government," Redditor u/Phonecloth wrote in the beginning of their r/NoSleep story. "Fuck, I wish those were the case, as the truth is much, much worse."

The story begins with the Hubble, the United States other famous space telescope, which in this tale's universe "saw a star disappear" in 1993.

"It didn't go supernova, or die naturally, it simply went dark, over the span of a few minutes," the story continues. "This star was already too faint to see with the naked eye, and ground-based telescopes had trouble picking it out from among the surrounding stars, so the event wasn't widely known to the public."

As the story goes, the Hubble later spotted a binary star system vanish in 2007. Perturbed, NASA astronomers started looking into other irregularities and found that two other stars in the same interstellar "neighborhood" had also "gone out," in 1995 and 2002.

What's more, a mass spectrometer reading revealed that a) the now-invisible stars had gone very, very cold, b) that familiar elements — "Hydrogen, Carbon, Nitrogen, Oxygen, and Magnesium" — were present, and c) there were strange filaments connecting one disappeared star to another, forming a bizarre web that stretched across lightyears.

Before the Webb telescope came online, the prevailing theory in this terrifying tale was that alien civilizations had constructed what are known as "Dyson spheres," an early 20th century speculative technology that would allow all the energy of a star to be trapped inside a shell as a source of energy.

It seemed like they may have discovered proof of extraterrestrial life, and everyone was thrilled.

"Everyone at NASA was fascinated by this mystery," the writer bemoans. "In hindsight, we may have been better off if we had never discovered the truth."

The ending of this story is too good to summarize, and too surprising to guess — so be sure to check it out on R/NoSleep.

Read This Next
Fighting Words
Retired NASA Astronaut Scott Kelly Dishes on Ukraine, Russia, and Moon Mission
Psychological Warfare
Experts Excoriate NASA Report Claiming James Webb Wasn't Homophobic
Big Impact
Meteorite Hit Mars So Hard NASA Thought It Was a Quake
Failure to Launch
Lawsuit Accuses NASA of Widespread Racial Discrimination
Makeover Scene
Space Tourist Says He's Thinking About Flying SpaceX Craft Up to Fix Hubble
More on Off World
Seat With a View
Yesterday on the byte
Passenger Jet Flies Over Launchpad Right as SpaceX Rocket Takes Off
Watery Grave
Nov 22 on the byte
Chinese Military Forcefully Seizes Debris That Philippines Recovered After It Fell From Space
Jetsam
Nov 22 on the byte
Lunar Lander Released by NASA’s Artemis 1 Mission Dies
READ MORE STORIES ABOUT / Off World
Keep up.
Subscribe to our daily newsletter to keep in touch with the subjects shaping our future.
+Social+Newsletter
TopicsAbout UsContact Us
Copyright ©, Camden Media Inc All Rights Reserved. See our User Agreement, Privacy Policy and Data Use Policy. The material on this site may not be reproduced, distributed, transmitted, cached or otherwise used, except with prior written permission of Futurism. Articles may contain affiliate links which enable us to share in the revenue of any purchases made.
Fonts by Typekit and Monotype.