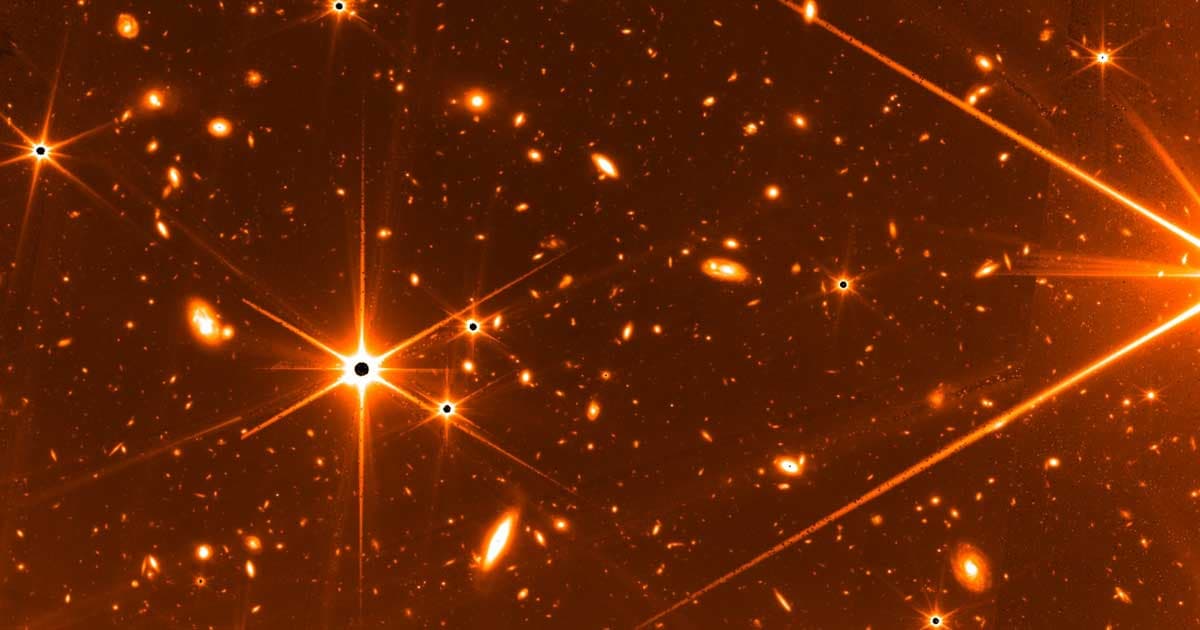 They're "among the deepest images of the universe ever taken."

They're "among the deepest images of the universe ever taken."

Scientists behind NASA's James Webb Space Telescope have given us a first glimpse into the awe-inspiring power of the images it will produce — and what we're seeing is only a test run.

As NASA proudly notes on its website, the calibration test image that was composited together from 32 hours and 72 exposures,  "is among the deepest images of the universe ever taken" — and the telescope is only getting started.

Talk about an overachiever!

Gaze at this test image — an unexpected & deep view of the universe — captured by Webb’s Fine Guidance Sensor (FGS) in May. Built by @csa_asc to point Webb precisely at targets, taking glamour shots isn’t even FGS’s main job: https://t.co/aQUAFHcNV5 pic.twitter.com/uYoh4t8PX2

Almost as fabulous as the image itself is the fact that this photo was taken as part of an early test of the telescope's Fine Guidance Sensor (FGS). Its task is to make sure the cameras and mirrors are all aligned correctly.

"Even when capturing unplanned imagery during a test," NASA wrote with a flourish on its blog, "FGS is capable of producing stunning views of the cosmos."

Originally taken in May and not released to the public until now, this stunning image is just a precursor for the real thing. In about a week's time, NASA will release the first full-color images of deep space taken by the JWST.

Until then, we're waiting with bated breath to see how the telescope, two decades in the making, can outdo itself.

More on the JWST: Scientists Say New James Webb Images Are So Powerful That It Was Emotional Just Looking At Them