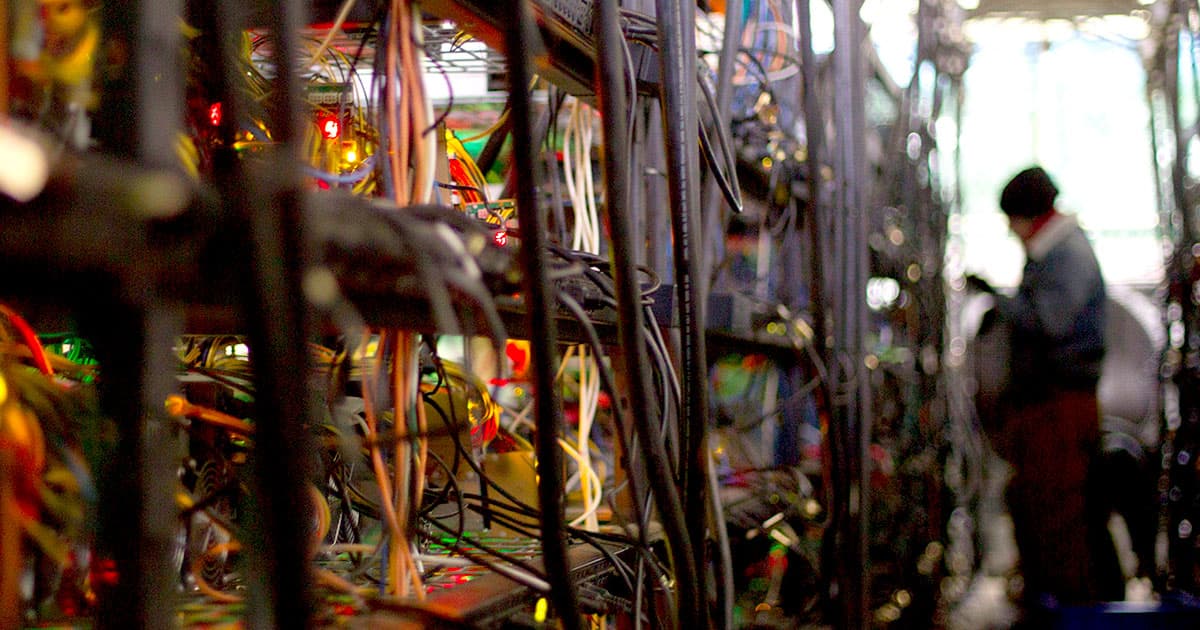 "Help me get through the winter."

"Help me get through the winter."

Abbot held a meeting with dozens of cryptocurrency entrepreneurs and influencers last October, Bloomberg reports. During the meeting, the governor asked those in attendance to shut down their mining operations in the event the Texas grid shuts down completely like in February 2021.

"Help me get through the winter," the governor reportedly said, according to Bloomberg's anonymous sources.

Of course, relying on an industry that is notoriously opposed to government regulation is a risky and potentially disastrous bet.

However, two Bitcoin miners have reportedly volunteered to shut down in the event the grid is strained again in order to conserve energy for homes and other businesses — so who knows? It could work out.

It’s not like Abbott has much of a choice, either. He faces an upcoming tough election challenge from both his own party and the Democrats who are sure to attack his weakness on Texas' electric infrastructure.

His polling on his handling of the 2021 power grid disaster is downright awful too, with the latest polling showing 60 percent of Texans disapproving of how the state’s leaders managed the grid.

As Texas enters yet another potentially frigid February, all eyes will be on its power grid once again. If it doesn’t hold up — and Abbott has to rely on crypto miners holding up their end of the bargain — he might find himself iced out of the governor’s mansion come election day.

In the Trenches
Analysts: Bitcoin Mining Costs More Than Its Worth
1. 26. 19
Read More
Beautiful Space Heater
This $799 Home Crypto Mining Machine is a Terrible Investment
11. 16. 18
Read More
Unorthodox Urinal
Scientists Say They've Figured Out the Ideal Urinal for Not Splashing Back
Yesterday
Read More
+Social+Newsletter
TopicsAbout UsContact Us
Copyright ©, Camden Media Inc All Rights Reserved. See our User Agreement, Privacy Policy and Data Use Policy. The material on this site may not be reproduced, distributed, transmitted, cached or otherwise used, except with prior written permission of Futurism. Articles may contain affiliate links which enable us to share in the revenue of any purchases made.
Fonts by Typekit and Monotype.