Analysts: Bitcoin Mining Costs More Than Its Worth

Unless you're a low-cost Bitcoin miner in China. 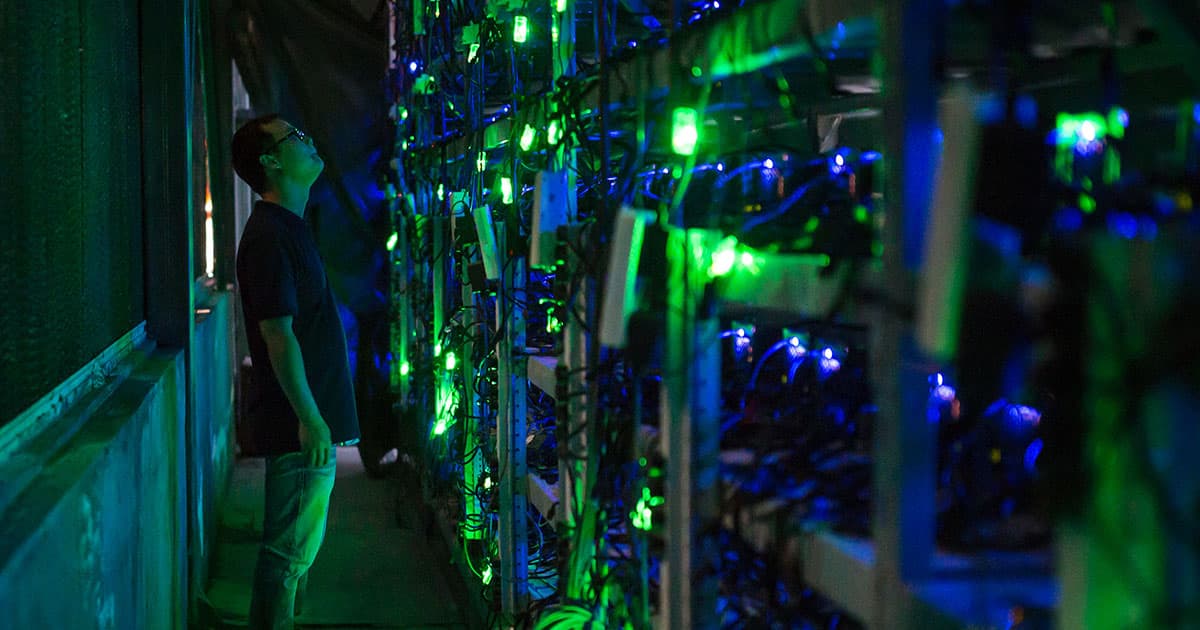 Image by Paul Ratje/For The Washington Post via Getty Images

Bitcoin is going through a rough patch.

Analysts with JPMorgan Chase & Co. found that the cost of mining a single Bitcoin outweighed the actual value of the Bitcoin itself, Bloomberg reports. Analysts found the global average cost hovered around $4,060 globally in Q4 of 2018 — well above the current value.

But that's not necessarily bad news for everybody. The majority of the costs involved in mining Bitcoin (on a larger scale) come from paying for the power required to run massive power-hungry computer rigs. Bitcoin miners in China have found ways to reduce those costs significantly by setting up shop in the vicincity of power generators and cutting deals with them. That means they pay only roughly $2,400 on average per Bitcoin according to JPMorgan analysts.

Despite the rising relative costs, many Western Bitcoin mining productions have yet to call it quits. In fact the same analysts found that production shares of miners grew slightly in certain parts of the world.

Rising From the Dead

Earlier this week, Reuters reported that JPMorgan analysts expected the value of Bitcoin to tank even further, down to as low as $1,260.

Despite the pessimism, cryptocurrencies like Bitcoin tend to fluctuate significantly in value over short periods of time — the same quality that makes them so unpopular among banks.

Could Bitcoin come back from the dead? That's the outcome many mining productions are willing to bet their money on.

READ MORE: Bitcoin Is Worth Less Than the Cost to Mine It, JPMorgan Says [Bloomberg]

More on the value of Bitcoin: The Energy Spent Mining $1 of Bitcoin Could Earn You $3.40 in Gold

Read This Next
Tulip Fever
Dutch Startup Mining Bitcoin to Grow Tulips, and We Can't Tell If They're Joking
Crypto Inferno
Bitcoin Mining as Bad for Planet as Oil Drilling, Scientists Say
BTC Wars
Guy Claims He Invented Bitcoin But Then "Stomped on the Hard Drive" Containing Proof
Behind Bars
Guy Sentenced to Prison for Changing People's Cash Into Bitcoin
Crypto Probe
Coinbase Reportedly Under Investigation by the SEC
More on Blocknik
Floored Apes
4:42 PM on the byte
Whoops! It Turns Out The Bored Ape People Didn't Copyright Their JPGs
Hi Haters
Jan 20 on the byte
Owner of Infamous Davos Bitcoin Car Gets Sensitive Over Crypto Criticism
Davos Daggers
Jan 19 on the byte
Influential Economist Tells Davos Elites That Crypto Is a Complete Scam
READ MORE STORIES ABOUT / Blocknik
Keep up.
Subscribe to our daily newsletter to keep in touch with the subjects shaping our future.
+Social+Newsletter
TopicsAbout UsContact Us
Copyright ©, Camden Media Inc All Rights Reserved. See our User Agreement, Privacy Policy and Data Use Policy. The material on this site may not be reproduced, distributed, transmitted, cached or otherwise used, except with prior written permission of Futurism. Articles may contain affiliate links which enable us to share in the revenue of any purchases made.
Fonts by Typekit and Monotype.