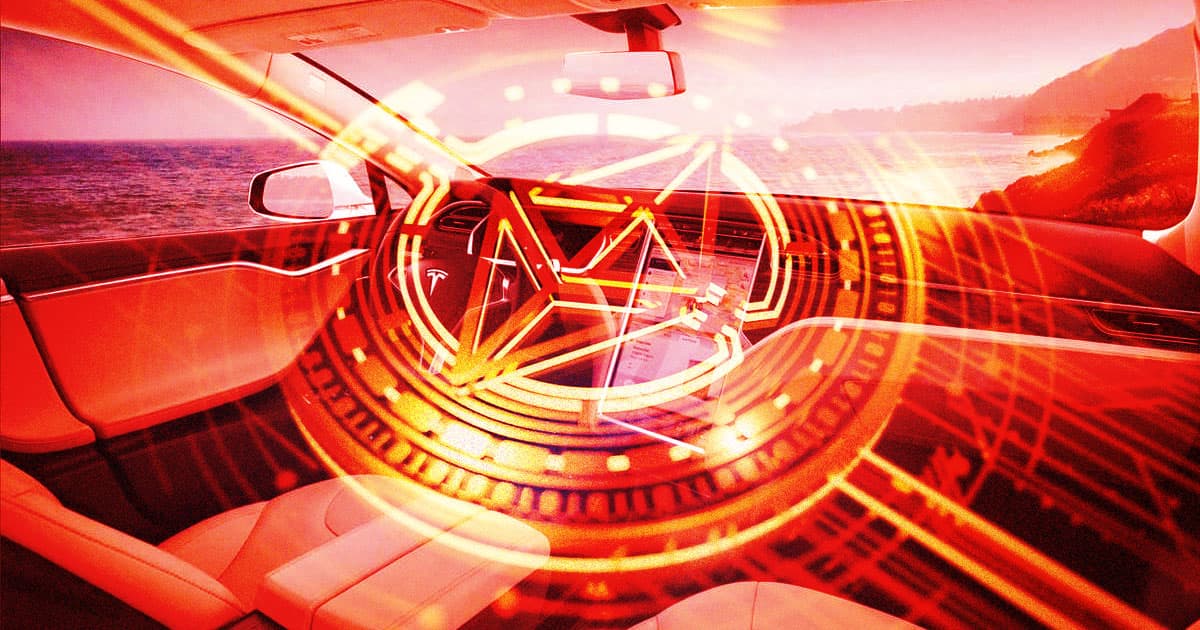 In a gloriously cursed marriage of crypto bro trends, a Tesla owner claims he uses his electric vehicle to mine crypto — and makes as much as $800 a month while doing it.

Siraj Raval told CNBC that he’s been using his 2018 Tesla Model 3 as a power source to mine ethereum and bitcoin. To pull it off, he does a mix of questionable things to his Tesla, including hacking its internal computer and plugging GPUs into the car’s electric motor.

"It’s a computer on wheels," Ravel told CNBC. "It’s so simple to hack into this computer car."

Ravel says that since he’s able to mine anywhere between $400 to $800 a month using his Tesla, he easily recoups the cost of charging his battery, which can range from $30 to $60 a month.

Professional crypto miners confirmed to CNBC that Ravel’s scheme was completely feasible on paper. However, some experts are skeptical about whether or not Ravel’s mining scheme is worth it.

Chris Allessi, an engineer who tinkers with custom electric cars on his YouTube channel, has also retrofitted his Tesla to mine crypto before. He says that while the scheme was successful, it didn't ultimately pay off.

It’s also worth noting that this seems to be partly a gimmicky PR stunt for Raval, who is also planning to launch an autonomous robotaxi business with his Tesla. He hopes that he’ll be able to make money off his taxi by crypto mining when it’s not shuttling passengers around.

So yeah, it’s probably not worth hacking into your own Tesla to start mining bitcoin — especially since it’ll likely void your car’s warranty. Better stick with an easier method like powering your mining operation with a volcano.

READ MORE: This Tesla owner says he mines up to $800 a month in cryptocurrency with his car [CNBC]

Crypto Inferno
Bitcoin Mining as Bad for Planet as Oil Drilling, Scientists Say
Oct 1
Read More
BTC Wars
Guy Claims He Invented Bitcoin But Then "Stomped on the Hard Drive" Containing Proof
Sep 17
Read More
Behind Bars
Guy Sentenced to Prison for Changing People's Cash Into Bitcoin
Sep 11
Read More
+Social+Newsletter
TopicsAbout UsContact Us
Copyright ©, Camden Media Inc All Rights Reserved. See our User Agreement, Privacy Policy and Data Use Policy. The material on this site may not be reproduced, distributed, transmitted, cached or otherwise used, except with prior written permission of Futurism. Articles may contain affiliate links which enable us to share in the revenue of any purchases made.
Fonts by Typekit and Monotype.