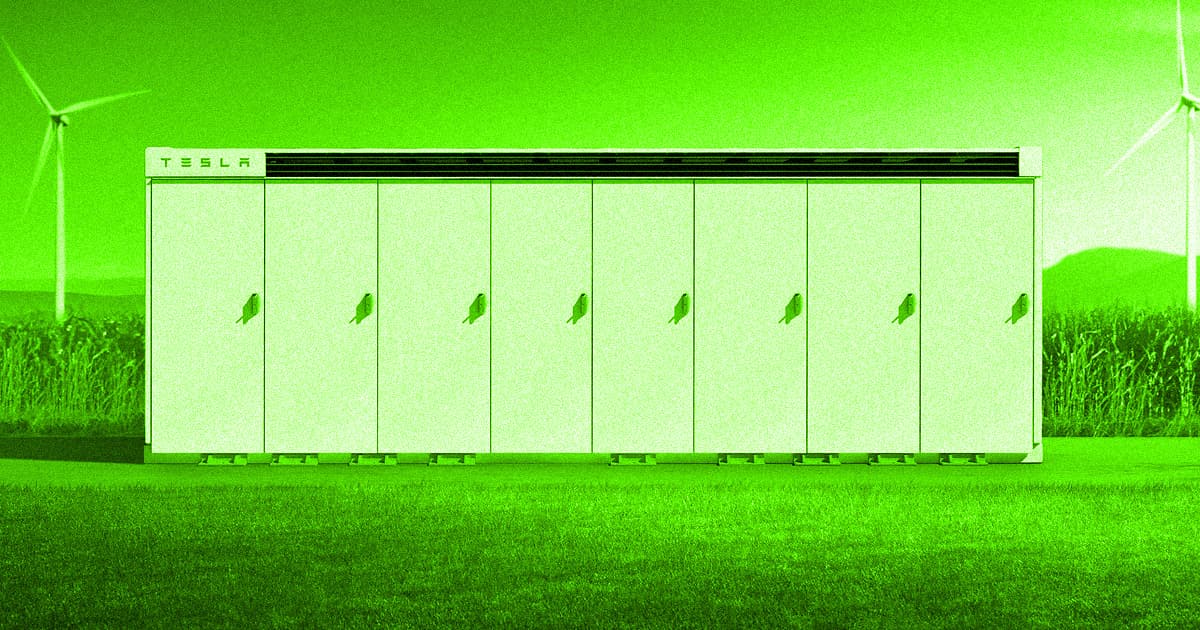 This looks like Elon Musk's response to the Texas power outages.

This looks like Elon Musk's response to the Texas power outages.

According to drone images taken earlier this month, Tesla might be attempting to plug a massive mega-battery into Texas' failed electric grid, Bloomberg reports.

Bloomberg suggests that Tesla's rumored battery, which is being constructed outside of Houston, could provide enough power for about "20,000 homes on a hot summer day."

While Tesla hasn't confirmed that it is indeed behind the battery, publicly available property records on file with the local Brazoria County show that Tesla subsidiary Gambit is orchestrating the project.

About two million Texans lost access to electricity last month, as a result of a highly unusual deep freeze that forced the state's electric grid to come eerily close to a complete collapse.

Tesla CEO Elon Musk, who recently relocated to the Lone Star state, mocked the state’s energy agency, the Electric Reliability Council of Texas (ERCOT), at the time for "not earning that R."

As Tesla's Megapack battery farm in New South Wales, Australia, has already demonstrated, the electric car company is more than capable of supplementing an electricity grid with backup power — so the news of a similar battery in Texas doesn't exactly come as a shock.

Tesla also operates a similar 20 megawatt battery pack near its factory in Fremont, California. It's also currently constructing a much larger 182.5 megawatt system in the San Francisco Bay Area.

Supplying Texans with stored power from a mega-battery network during the next catastrophe isn't necessarily a long term solution, let alone a particularly feasible one.

But it does illustrate that we have the technology to ensure that not one more Texan has to freeze to death during the next cold snap.

READ MORE: Tesla Is Plugging a Secret Mega-Battery Into the Texas Grid [Bloomberg]