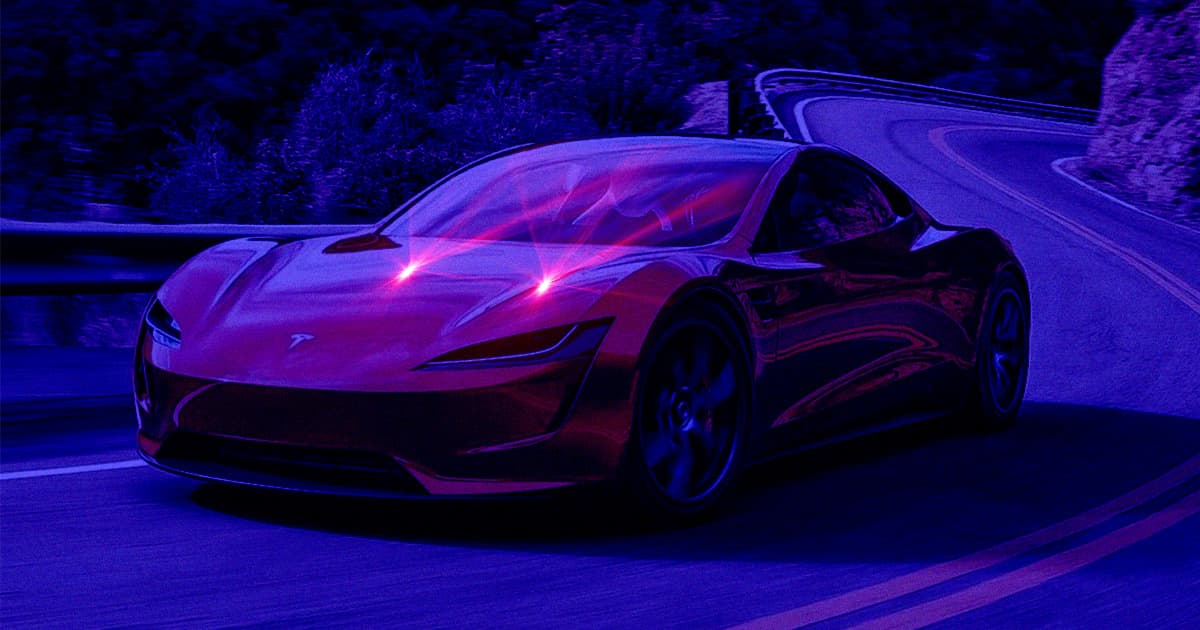 We have no idea if it even works.

We have no idea if it even works.

Tesla has managed to lock down a rather unusual patent: using laser beams as windshield wipers, as first spotted by Electrek.

Textbook over-engineering or a huge advancement in the car industry? We're not entirely sure.

The patent application details a "cleaning system" that "includes a beam optics assembly that emits a laser beam to irradiate a region on a glass article of the vehicle." The system will automatically detect "debris," read: water, on the glass and focus the laser beam where it is needed.

To eliminate the possibility of having beaming lasers into the eyes of the driver — a less-than-ideal scenario to be sure — the laser beam will not be powerful enough to penetrate the thickness of the glass.

The barebones images included in the application show a set of two laser wipers mounted to the center of a vehicle outline's hood.

The patent application was filed in May 2019, but published later that year, around the time Tesla unveiled its equally futuristic Cybertruck. But the US Patent and Trademark Office only granted the car company the patent earlier this week, according to Electrek.

Since it's just a patent, there's realistically only a slim chance that Tesla will actually introduce laser wipers. A different patent suggests that the company's wipers could be based on electromagnetic technology as well.

It's an admittedly gimmicky idea — but then again, that's kind of Tesla's thing. The now-delayed Cybertruck will feature plenty of oddball design features of its own.

The company's upcoming Roadster might even feature a "SpaceX package" option that tricks it out with actual rocket thrusters — just in case laser windshield wipers aren't sci-fi enough.

READ MORE: Tesla obtains patent on its wild idea to use lasers as windshield wipers [Electrek]