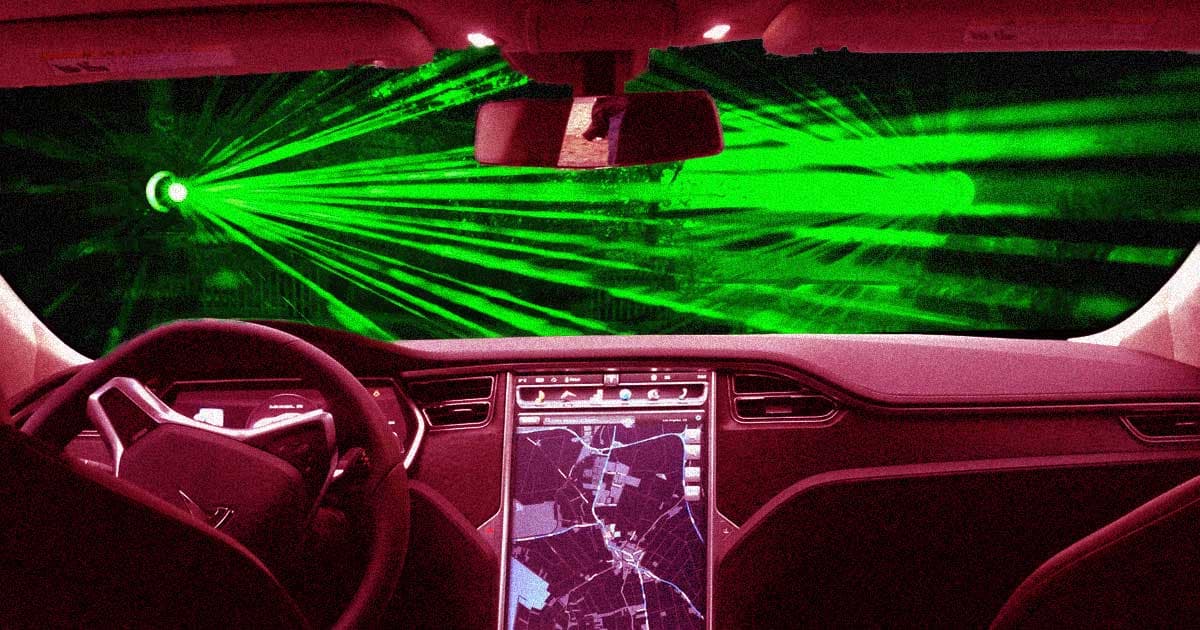 Apparently, the classic windshield wipers that have been brushing rain and crud off cars for over a century aren't futuristic enough for Tesla. No, the electric car and Nintendo 64-looking truck-maker would rather use lasers.

The company has developed a laser system for clearing debris off a glass panel or photovoltaic cell. Whether or not Tesla ever uses it commercially, the patent for the laser wipers went public earlier this week, according to Electrek. Finally, we're in the future — and the future is gratuitous lasers.

The patent describes a laser — mounted right where a normal windshield wiper would be — to target and zap away debris from a car's windshield or solar panels. That last one makes more sense — panels on top of a house can't generate electricity if they're covered in leaves and branches, but going up and clearing them off is hazardous.

But the patent, Electrek reports, focuses far more on the car system. What remains unclear is whether Tesla considered eye safety when it decided to aim lasers directly where drivers are looking.