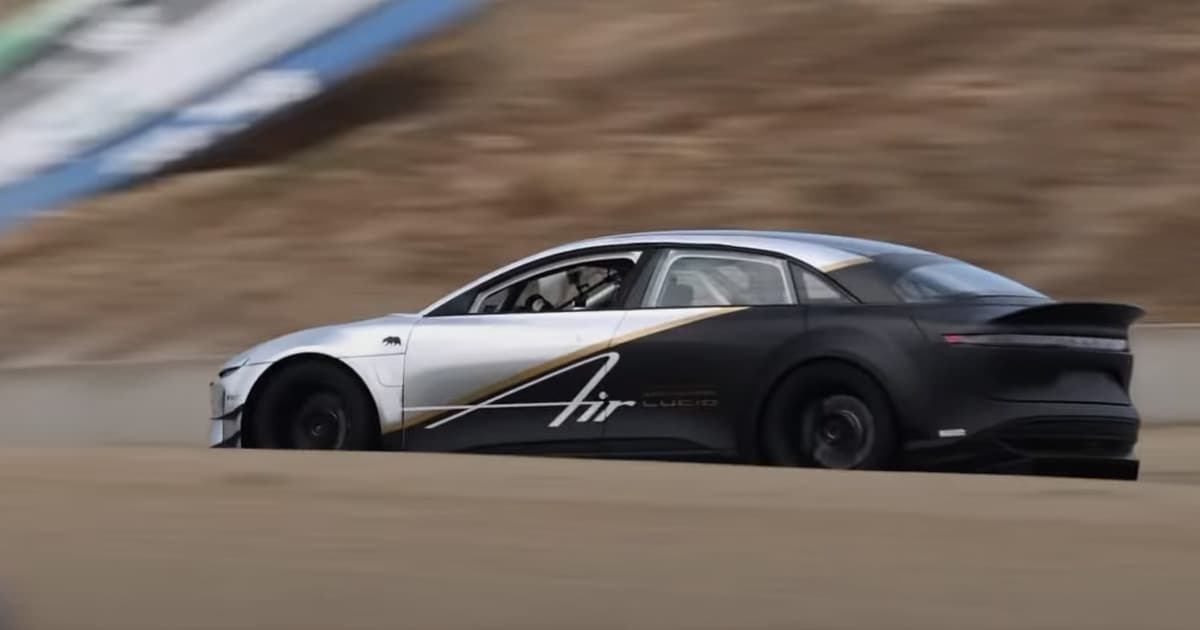 Step aside, Tesla and Porsche.

Step aside, Tesla and Porsche.

About a year ago, Tesla's Model S set the "record for fastest 4 door ever at Laguna Seca" in California, according to CEO Elon Musk. The move was likely intended to throw the gauntlet at Porsche's feet, as the record was set mere days after the German carmaker's announcement of the Taycan — which turned out to be a worthy competitor.

But now Player 3 has entered the game. Lucid, a startup competitor to Tesla in the electric vehicle space, just proved that its Air, an all-electric luxury sedan, can keep up just as well.

In fact, according to raw video footage uploaded to YouTube on Thursday, the company completed a lap of Laguna Seca in a blistering 1:33 using a tri-motor Air prototype, as spotted by Electrek.

That means that it shaved two seconds off Tesla's Model S prototype's time in 2019.

Earlier this month, Lucid also claimed to have beaten a Tesla Model S in a quarter mile race, covering the distance in just 9.9 seconds.

While Lucid has made a major splash with its recent unveiling of its Air sedan, an even more powerful tri-motor variant with a rumored 1,200 horsepower powertrain has yet to be announced.

Similarly, Tesla has also yet to announce its Model S Plaid variant, also featuring a tri-motor powertrain. According to Electrek, rumor has it that the carmaker is launching it during the company's Battery Day next week.