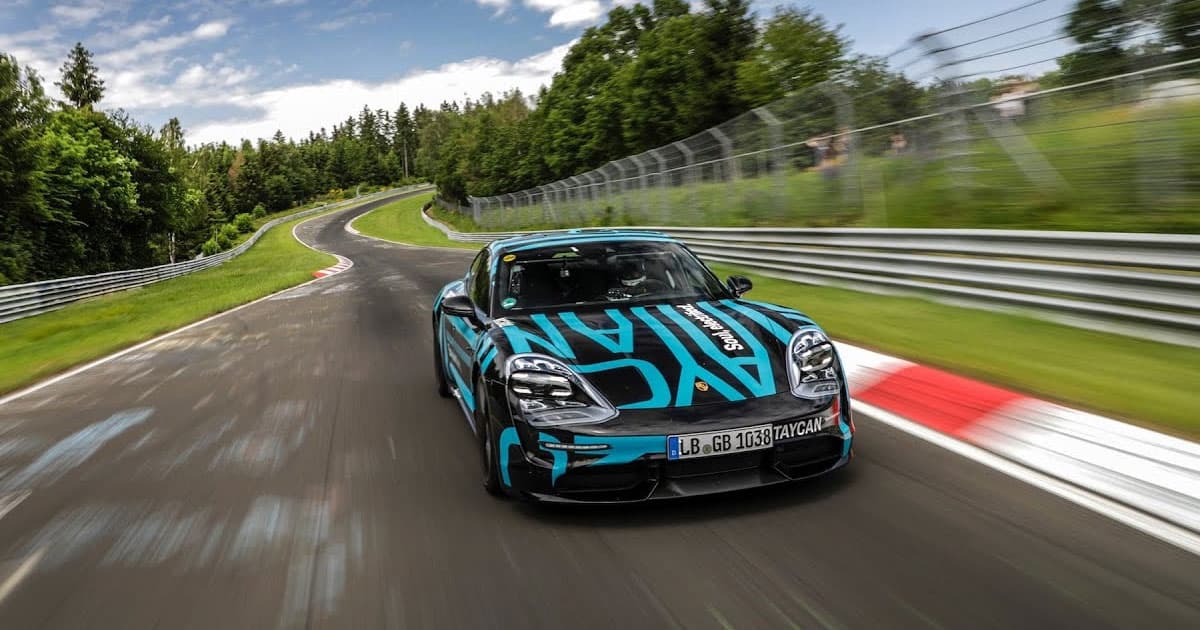 How will the Model S fare on one of the toughest tracks in the world?

How will the Model S fare on one of the toughest tracks in the world?

Now Musk is doubling down. In a Thursday evening tweet, Musk revealed plans to bring Tesla's Model S to the Nürburgring, a notoriously difficult race track in Germany. It's almost certainly a direct challenge to Porsche, which took its Taycan prototype to the same track only weeks ago.

The Nürburgring has long been used as a way to measure and compare the performance of many of the fastest cars in the world. The Taycan's record lap time for a four-door, all-electric sports car was impressive: seven minutes and 42 seconds.

Reading between the lines, though, it sounds as though Musk thinks the Model S can beat that time.

The fastest lap time — 6 minutes and five seconds — by a non-road-legal electric car on the legendary track was snatched by Volkswagen's impressive ID R electric hypercar earlier this year. For comparison, the 2019 crown for the fastest combustion engine-powered and road legal lap time goes to Lamborghini's Aventador SVJ at 6 minutes and 55 seconds.

As the BBC's Top Gear points out, Tesla has never previously measured the lap times of any of its sports cars — not even the upcoming Roadster — on the Nürburgring, including the Model S.