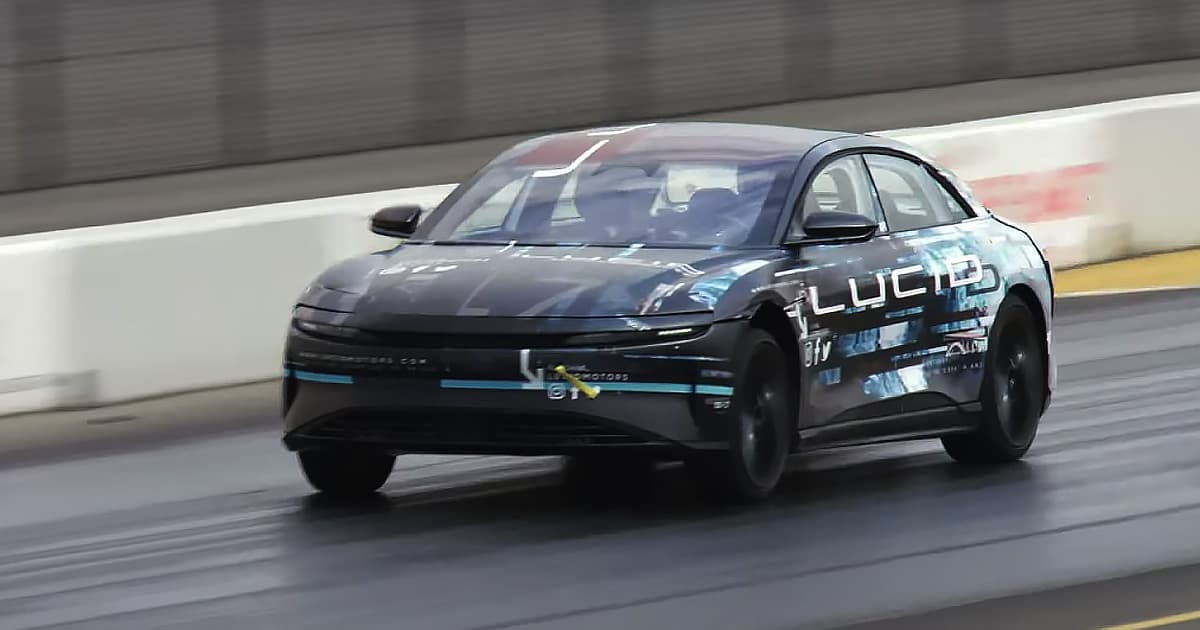 The competition is really starting to heat up.

The competition is really starting to heat up.

Tesla competitor Lucid Motors claims to have beaten a Tesla Model S in a quarter mile race, covering the distance in a blistering 9.9 seconds.

The company has been hyping up its Lucid Air electric luxury sedan for several weeks now. First, it claimed the sedan will have a whopping 517 mile range on a single charge. Then they said it "will be the fastest charging electric vehicle ever offered."

And now, Lucid is coming after Tesla's speed records as well. The Air, with its 1,080 horsepower powertrain, can launch from zero to 60 mph in just 2.5 seconds. Now it says the vehicle covered the quarter mile, with an experienced driver behind the wheel and warmed up tires, in just under ten seconds.

Lucid Motors went as far as claiming the drag race made it the "world's quickest production sedan."

The Lucid Air will make its first big stage appearance (albeit virtually) during an online event next week.

More on Lucid Motors: Tesla Competitor Claims Its Car Will Be the “Fastest Charging” EV Ever