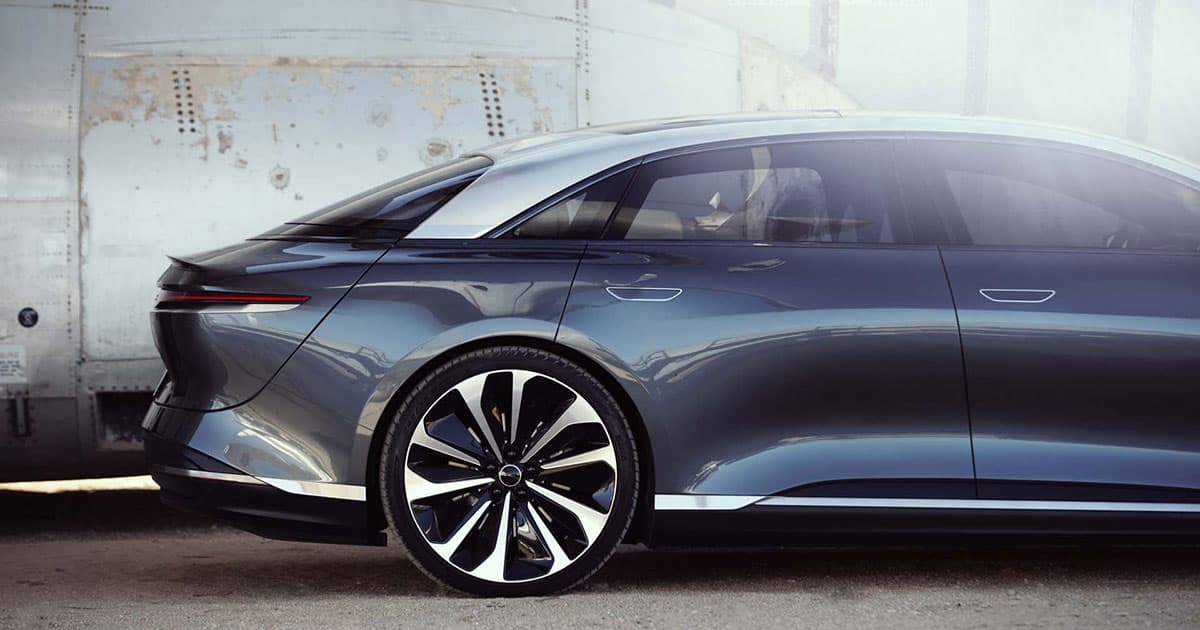 Tesla Competitor, Lucid, Claims Their Car Will Have a 517 Mile Range

Is this the range anxiety killer we've been waiting for?

Is this the range anxiety killer we've been waiting for?

Tesla competitor Lucid Motors claims its Air electric sedan will have a whopping 517 miles (832 km) on a single charge, beating out Tesla's current range king, the Model S with an estimated 402 miles.

The California-based startup is still planning to make an official announcement of a production version of the Air in September, with first deliveries scheduled for early 2021, according to The Verge.

While the Model S falls short of the Air's now Environmental Protection Agency-certified range of 517 miles, Tesla's upcoming models including the Roadster and Semi trucks will have ranges in the 500 mile range and above.

Not a Tesla Killer

But Lucid Motors doesn't want any beef with Tesla. In June, the company's CEO Peter Rawlinson reiterated in an Ars Technica interview that it sees itself as a Tesla ally, not direct competitor. “The world’s big enough that we can both thrive and prosper alongside each other,” he told the site. "Please don’t describe us as a Tesla Killer."

The ranges of electric vehicles are certified by the EPA in North America and the Worldwide Harmonized Light Vehicle Test Procedure (WLTP) in Europe and the rest of the world. The latter's estimates are usually more optimistic than the EPA's, as The Verge points out.

Lucid Motors sees the rating as a big win and took the opportunity to gloat. In a statement, Rawlinson said the startup's advancement in car technologies "collectively sets a new standard and delivers a host of 'world's firsts.'"

"Such exceptional efficiency, achieved through in-house technology, is undeniably a measure of a true EV tech company," he added.

READ MORE: Lucid Motors claims its all-electric Air sedan will have a range of 517 miles [The Verge]