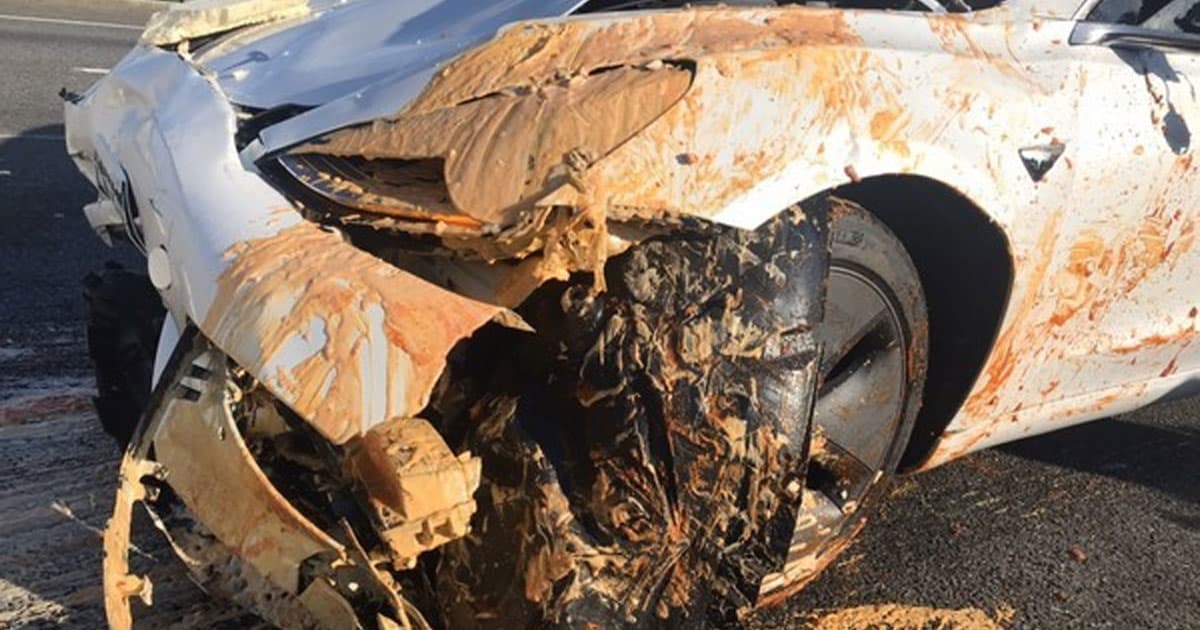 Hands on the Wheel

Watch a Tesla — Reportedly on Autopilot — Slam Into Flipped Truck

Hands on the wheel!

Hands on the wheel!

A video uploaded by Taiwanese media shows a Tesla Model 3 slamming into the roof of an overturned truck trailer, Jalopnik reports.

The vehicle appears to slow down only an instant before plowing into the large, immobile box truck blocking two out of three lanes of traffic. Electrek suggests the vehicle applied its automatic emergency braking system, causing smoke to billow up right before the crash.

Luckily, no one was hurt according to local media, which also suggested that Autopilot was engaged prior the collision.

So what happened here? Was it a distracted driver? Should Tesla's Autopilot feature be to blame? Most likely it was a combination of all of the above.

It wouldn't be the first instance of Teslas smashing into things at high speeds while on Autopilot. There's that one time an Apple engineer died in March 2018 after Autopilot reportedly forced his vehicle to swerve into a highway barrier. Drunk and even sleeping drivers have also been caught behind the wheels of a "self-driving" Tesla.

Tesla has been vague and arguably misleading in its marketing for the feature. The name itself "Autopilot" suggests the vehicle is capable of autonomous driving. In reality, the feature is only capable of taking care of switching and staying in lanes, getting on and off highways, and having it leave your garage by itself, as per their website.

READ MORE: Tesla Model 3 Drives Straight Into Overturned Truck In What Seems To Be Autopilot Failure