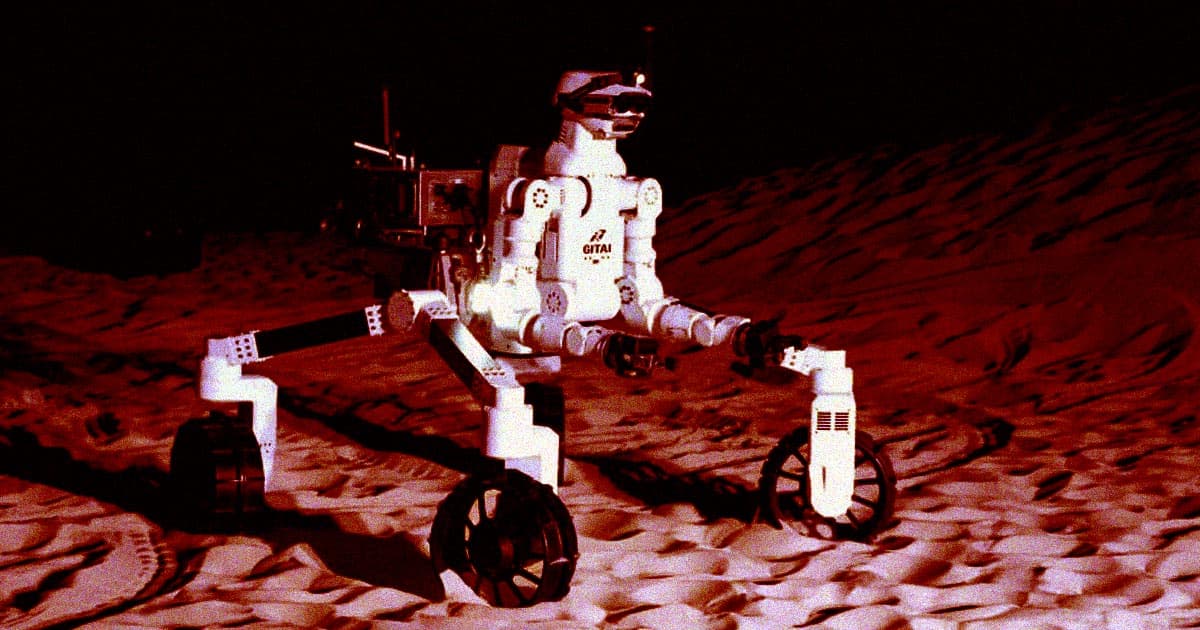 Why Does This New Moon Rover Look Vaguely Terrifying

If you've ever eyed a Moon rover and thought, "that thing should look more like a four-legged humanoid spider crab," you're in luck. A new lunar robot prototype, created by Japanese robotics maker GITAI in collaboration with the country's space agency JAXA, is just that type of nightmare creation.

Called R1, the claw-handed Moon Centaur was revealed in an equally endearing and bone-chilling video.

The droid is seen navigating a simulated lunar terrain with speed and ease, stopping intermittently to perform a variety of Moon chores — scooping up and packaging a sample of Moon dust, unboxing equipment, assembling a solar array — with surprising dexterity. It also does what can only be described as a very fun zig-zag maneuver, along with a few twirls.

R1 is one of many space robots currently in development at GITAI, which according to CNN was contracted by JAXA as part of the organization's push to follow a similar privatization model to that of NASA.

"Our goal is to achieve success in the commercialization of space robotics and thereby reduce the cost of space labor to a one-hundredth," GITAI CEO Sho Nakanose said in a 2020 statement, when the partnership was first announced. "We believe our success will contribute to true space commercialization."

The international race to get humans back to the Moon is no secret, and countries from around the world are gunning to create outposts on Earth's only natural satellite.

Controversial steps towards Moon mining have also been in motion. While the 1967 Outer Space Treaty forbids any one country from reaping the rewards of any such efforts, it doesn't expressly outlaw privatize companies from doing so — a loophole that provides serious incentive for government organizations like JAXA, NASA, and the China National Space Administration to fuel competition in the commercial space arena.

"The competition for lunar resource exploration and lunar base development is accelerating mainly in the US and China," the company said in a statement accompanying R1's video demonstration, "and the demand for robotic labor, which is cheaper and safer than conventional human astronauts, is rapidly increasing."

READ MORE: This lunar robot prototype looks like a centaur meant for the moon [CNN]