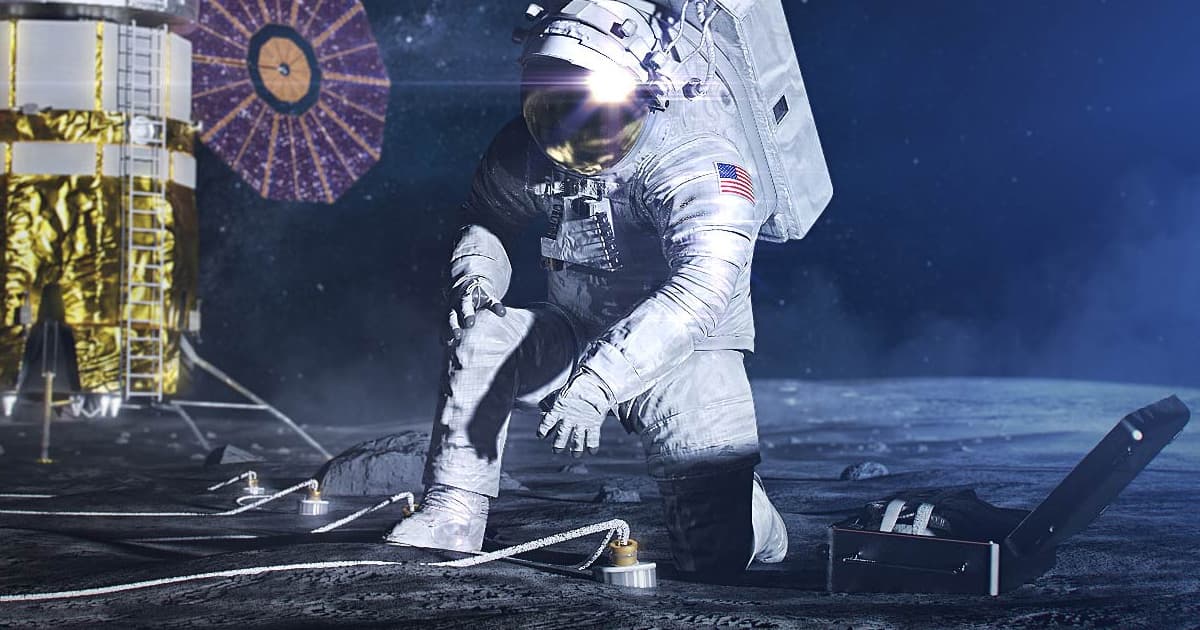 The agency wants to create an entire marketplace for buying and selling Moon rocks.

The agency wants to create an entire marketplace for buying and selling Moon rocks.

NASA announced today that it's soliciting commercial companies to collect space resources, including Moon "dirt" — and sell it to them.

The requirements stipulate that companies collect the rocks on the lunar surface, take a picture as proof, and hand them over to NASA afterwards. "After ownership transfer, the collected material becomes the sole property of NASA for our use," according to a statement by NASA administrator Jim Bridenstine.

"We are putting our policies into practice to fuel a new era of exploration and discovery that will benefit all of humanity," Bridenstine wrote.

NASA wants to retrieve the first Moon rocks "before 2024."

Any company, US or international, collecting the Moon rocks will get "ten percent at award, ten percent upon launch, and the remaining 80 percent upon successful completion," according to NASA. The agency will figure out how to actually retrieve the samples later.

NASA is offering up anywhere between $15,000 and $25,000 for the rocks themselves, The Verge reports. That may seem like a tiny amount, but the idea behind the initiative is to open up a marketplace for buying and selling Moon rocks and other space resources.

The initiative is in response to U.S. President Donald Trump's executive order back in April, in which he called for the US to "lead the return of humans to the Moon for long-term exploration and utilization, followed by human missions to Mars and other destinations."