We desperately need a new spacesuit. 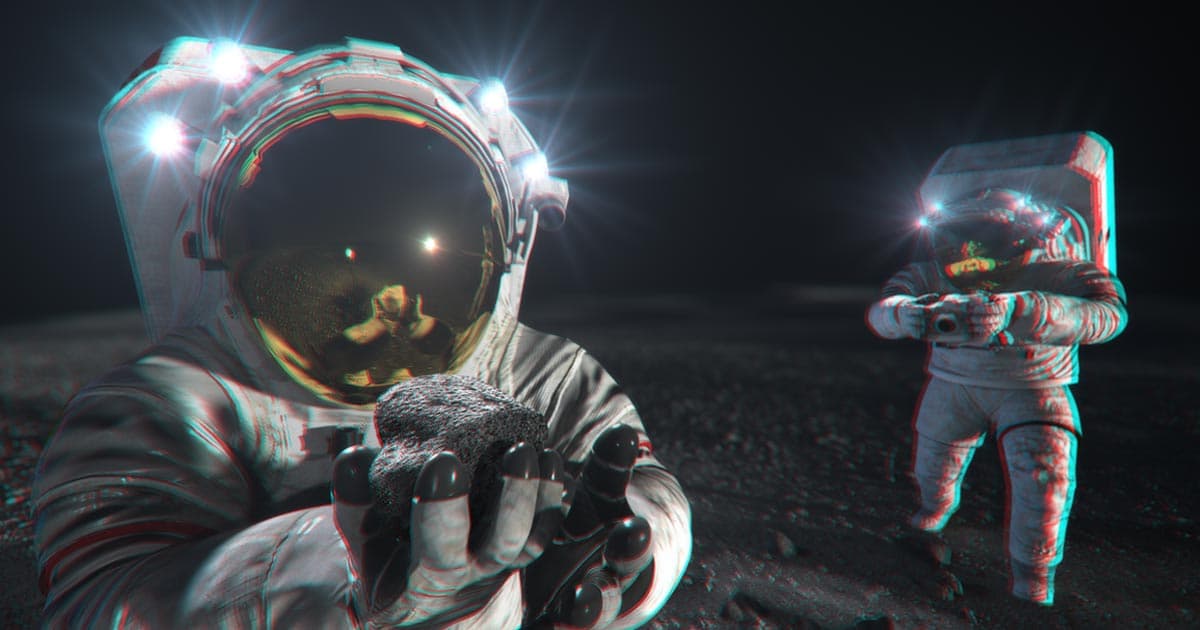 NASA has chosen Axiom Space and Collins Aerospace to develop the next generation of spacesuits, designed to protect astronauts during spacewalks outside the International Space Station and strolls across the lunar surface during the Artemis landings.

Neither of the two companies had any photos or renders to share, either, making it a surprisingly understated announcement.

Nonetheless, it's a landmark decision marking the beginning of a years-long development phase, planned to culminate in its first demonstration missions outside the ISS in the mid-2020s. NASA is eyeing the Artemis III Moon landing mission as the first lunar test for the next-gen suits.

To that end, the deals also represent a major part of NASA's efforts to leverage the private space industry to return astronauts to the Moon. The agency has met several challenges while developing its own spacesuit, known as the xEMU.

"By partnering with industry, we are efficiently advancing the necessary technology to keep Americans on a path of successful discovery on the International Space Station and as we set our sights on exploring the lunar surface," said Vanessa Wyche, director of NASA’s Johnson Space Center, in a statement.

If all options are exercised, the contract's total value is $3.5 billion, according to NASA. The agency did not reveal how much the individual values of the suit awards are, figures that will be released by the end of the month.

NASA's Gateway deputy program manager Lara Kearney explained during today's announcement that the space agency didn't dictate whether the companies should design two separate suits, as the required life support systems will likely be quite similar.

But pressure garments, fit, and flexibility requirements are strikingly different between the microgravity outside of the space station and the low-gravity environment of the lunar surface.

During today's announcement, Dan Burbank, senior technical fellow at Collins Aerospace and former NASA astronaut, said that the company is aiming for a suit that resembles "ruggedized extreme sports outerwear," not the kind of bulky suits that almost mimic an entire, albeit tiny, spacecraft.

The new suits will also have to fit a wide range of sizes. That's especially important as fit has been an issue for ISS astronauts in the past, especially when it comes to women. After all, NASA is hoping to put the first woman on the Moon as part of its Artemis missions.

Fortunately, according to Burbank, Collins Aerospace's suit can be "rapidly resized" in just 30 minutes to fit a differently sized astronaut.

Whether either of the two companies can execute on these ambitious timelines to build a spacesuit that's not only safer but more flexible remains to be seen. NASA's own efforts have already been plagued by setbacks and technological challenges.

But given the considerable funding, the private space industry may just have the chance to come up with a suit worthy of the 21st century.

More on spacesuits: NASA Alarmed That Astronauts' Spacesuits Keep Filling Up With Water

Read This Next
Putting Things In Perspective
Amazing Artemis Photo Shows Every Human, Alive or Dead, Plus the Moon
Fighting Words
Retired NASA Astronaut Scott Kelly Dishes on Ukraine, Russia, and Moon Mission
Psychological Warfare
Experts Excoriate NASA Report Claiming James Webb Wasn't Homophobic
Big Impact
Meteorite Hit Mars So Hard NASA Thought It Was a Quake
Failure to Launch
Lawsuit Accuses NASA of Widespread Racial Discrimination
More on Off World
I Don't Like This...
Yesterday on the byte
Fun Website Lets You Simulate an Asteroid Impact in Your Hometown
TTFN
Monday on the byte
Skkrt! NASA's Orion Heads Back to Earth, Leaves Moon in the Dust
Icy Comet Eruption
Monday on the byte
Astronomers Spot Volcano Erupting on a Distant Comet
READ MORE STORIES ABOUT / Off World
Keep up.
Subscribe to our daily newsletter to keep in touch with the subjects shaping our future.
+Social+Newsletter
TopicsAbout UsContact Us
Copyright ©, Camden Media Inc All Rights Reserved. See our User Agreement, Privacy Policy and Data Use Policy. The material on this site may not be reproduced, distributed, transmitted, cached or otherwise used, except with prior written permission of Futurism. Articles may contain affiliate links which enable us to share in the revenue of any purchases made.
Fonts by Typekit and Monotype.