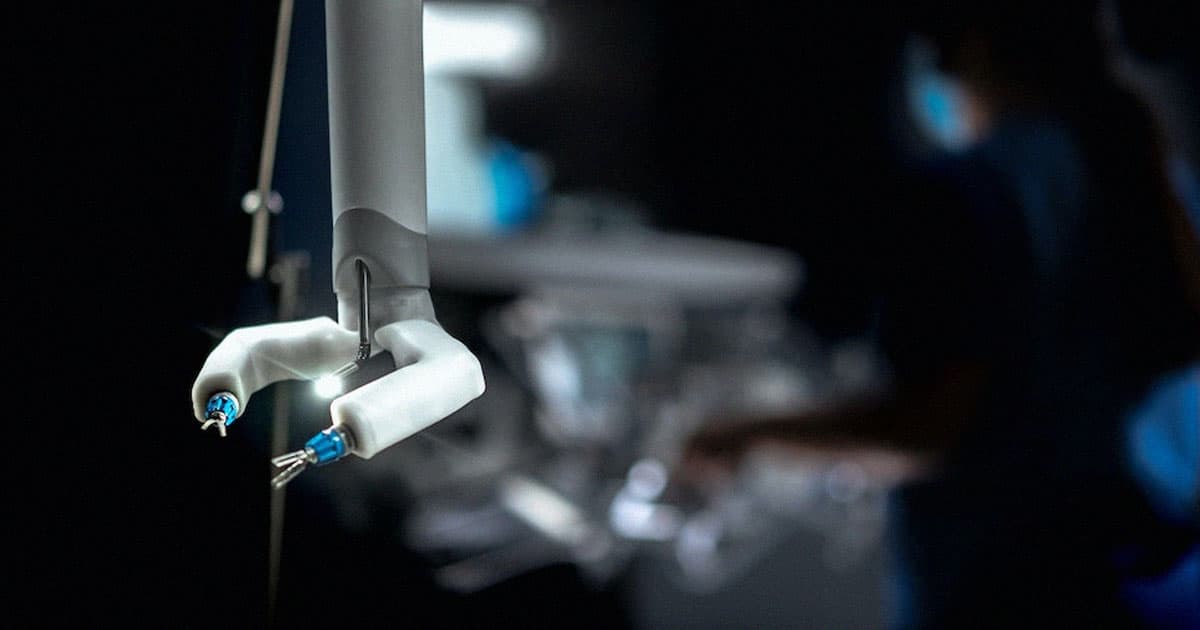 Surgical Robot Could Perform Surgeries By Itself on Space Station

This could be a game changer during trips into deep space.

This could be a game changer during trips into deep space.

Do astronauts dream of robotic surgery?

A remote controlled surgical robot called MIRA — short for Miniaturized In-Vivo Robotic Assistance — is set to make its debut aboard the International Space Station sometime in 2024.

While the surgical robot isn't going to perform surgeries on astronauts any time soon, it could eventually fulfill a crucial purpose.

NASA’s Artemis program plans to maintain a cadre of astronauts on or orbiting around the Moon for extended periods of time. That ambitious goal poses all sorts of challenges, including what to do in case of medical emergencies.

In the absence of a human surgeon in orbit, MIRA could be remote-controlled by one back on Earth, and even perform surgeries autonomously, according to its makers.

But where MIRA has other autonomous robot surgeons beat is the fact that it's absolutely tiny, weighing in at just two pounds. Compared to other robo-surgery solutions that are practically the size of a room, it's a drastic improvement in scale.

During its upcoming 2024 test, MIRA will perform precise surgical motions on inanimate objects like cutting rubber bands and manipulating rings on a wire. These tests are intended to help calibrate MIRA to working in low gravity conditions.

For all its capabilities in space, MIRA’s development could have some life-saving implications back here on Earth as well. If engineers can get robotic-assisted surgery (RAS) tech to work as far out in space at such a small size, health providers could deploy something like a MIRA to remote areas back on the ground that are in dire need of advanced medical care.

In other words, if it can perform surgeries hundreds of miles into space, what's stopping us from making use of it in remote areas of the world as well?