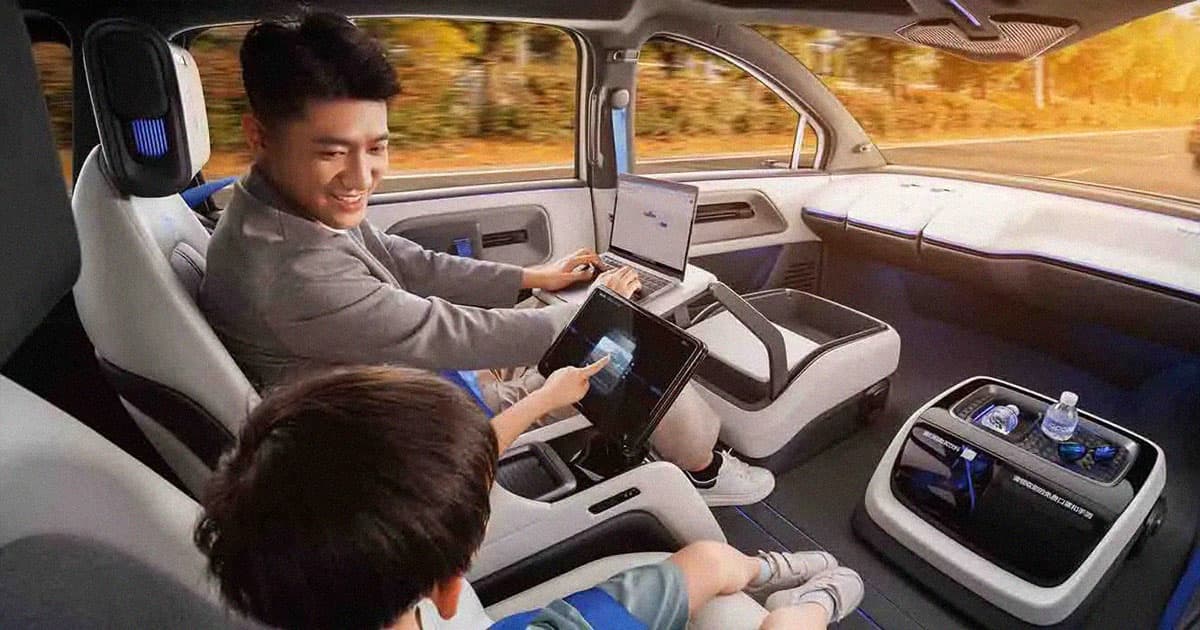 The company claims its self-driving tech is ahead of Tesla's.

The company claims its self-driving tech is ahead of Tesla's.

China is about to get the San Francisco treatment now that tech giant Baidu is able to operate its autonomous car service without a driver in two major Chinese cities.

According to a company press release, the artificial intelligence company has finally won approval to operate a limited number of its Apollo Go autonomous fleet vehicles in the cities of Wuhan and Chongqing — and without a human driver on board.

Per the release, the company will only operate five vehicles in each city roughly between the hours of 9 am to 5 pm — a far cry from the 30 autonomous taxis run by GM's Cruise fleet that are allowed to charge customers for rides during similar hours in San Francisco.

In other words, China is hot on the heels of a slew of American companies when it comes to fully driverless robotaxi services.

Baidu also claimed this week that Jidu Auto, its "robot" vehicle arm, is developing technologies that will be a generation ahead of Tesla's self-driving capabilities — a bold claim, considering Tesla's advancements in the space.

"Our understanding of smart vehicles," Baidu CEO Robin Li said in a statement, per Reuters, "is that being electric is the semi-final while being intelligent is the final."

Baidu says its Jidu Auto EV autonomous tech will be ahead of Tesla by a full generation https://t.co/zXuqEqtVpV pic.twitter.com/dJpCMjykIn

The British news wire noted that Jidu, which unveiled its door handle-less "robocar" concept back in June, plans to employ two light detection and ranging software censors — otherwise known as "Lidar" — as well as 12 cameras.

Tesla, however, does not use lidars, something CEO Elon Musk has called "a fool's errand" in the past, arguing that "anyone relying on Lidar is doomed," during a 2019 Tesla event.

Only time will tell how Baidu's fully driverless taxi pilot pans out — but if GM's experiment in San Francisco is anything to go by, it could get real messy.

More on robotaxis: GM's Robotaxis Are Losing A Fortune

A Global Leader in AI Promises Level 4 Self-Driving Cars by 2021
10. 13. 17
Read More
Dubai Says They Successfully Tested the First Autonomous Flying Taxi
9. 26. 17
Read More
The "Google of China" Is Releasing a Self-Driving Operating System for Free
4. 23. 17
Read More
+Social+Newsletter
TopicsAbout UsContact Us
Copyright ©, Camden Media Inc All Rights Reserved. See our User Agreement, Privacy Policy and Data Use Policy. The material on this site may not be reproduced, distributed, transmitted, cached or otherwise used, except with prior written permission of Futurism. Articles may contain affiliate links which enable us to share in the revenue of any purchases made.
Fonts by Typekit and Monotype.