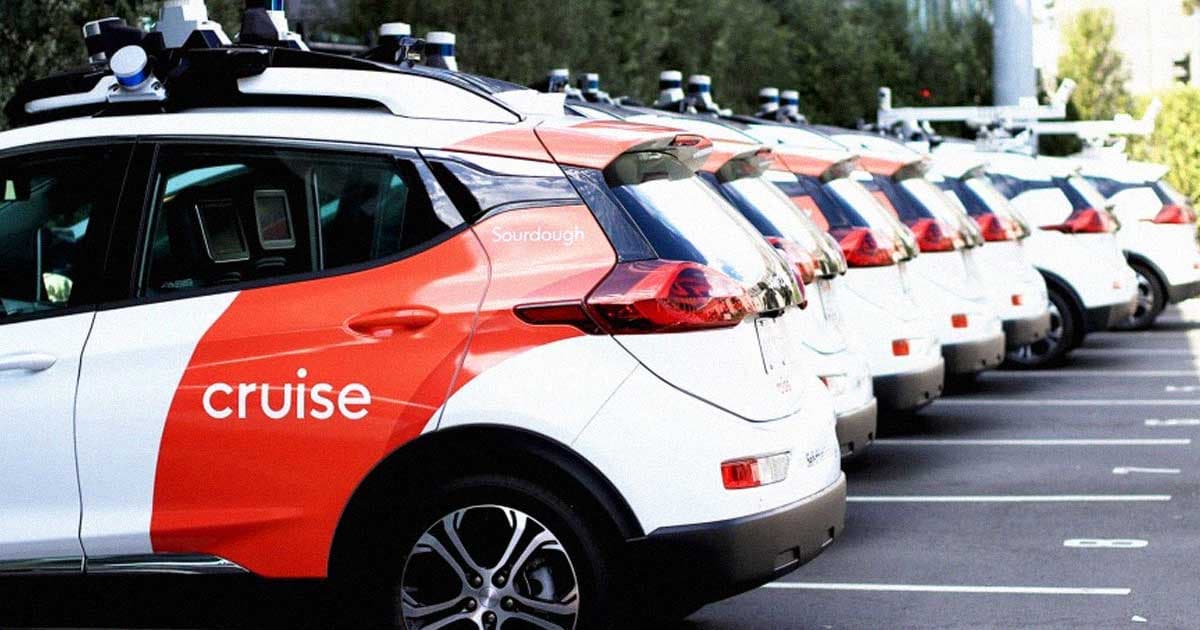 Group of Robotaxis All Shut Down at Same Moment, Stopping Traffic for Hours

"Humans had to come and manually take the cars away."

"Humans had to come and manually take the cars away."

More than a half dozen GM Cruise robotaxis shut down simultaneously on a San Francisco street on Tuesday night — a mere week after Cruise officially launched its fare-collecting driverless robotaxi service in the city.

The incident caused traffic to build up for hours, until GM employees were able to manually move the vehicles away, TechCrunch reports. It's hilarious, but also an incident that goes to show the significant remaining liabilities still blocking autonomous vehicles from a mainstream role in transportation infrastructure.

Photos shared on the San Francisco subreddit shows a number of Cruise cars seemingly blocking several lanes of a major thoroughfare "for a couple of hours," according to the user who shared the images.

"It was a pretty surreal event," one user commented. "Humans had to come and manually take the cars away."

"They're unionizing," another joked.

A Cruise spokesperson later clarified to TechCrunch that "we had an issue earlier this week that caused some of our vehicles to cluster together."

"While it was resolved and no passengers were impacted, we apologize to anyone who was inconvenienced," they added.

Introducing robotaxis in a city full of human drivers has already led to some unusual encounters on public streets. In April, for instance, a viral video showed confused San Francisco police officers pulling over a driverless Cruise robotaxi.

In many ways, these growing pains are only to be expected. For better or worse, tech companies like Cruise or Tesla still have a lot of kinks to iron out as they push for a driverless future.

Fortunately, nobody got hurt this time around — though the threat always looms.

More on Cruise: GM's Robotaxis Are Now Collecting Fares with No Safety Driver

Car Talk
Consumer Reports: Tesla Autopilot "Distant Second" to GM's Driver Assistance
10. 28. 20
Read More
Driverless in Michigan
Waymo Gets Approval to Open Driverless Car Factory in Michigan
1. 22. 19
Read More
Waymo' Miles
Yep, It's Real: Your Next Rideshare Could Be Driverless in as Soon as a Month
11. 13. 18
Read More
+Social+Newsletter
TopicsAbout UsContact Us
Copyright ©, Camden Media Inc All Rights Reserved. See our User Agreement, Privacy Policy and Data Use Policy. The material on this site may not be reproduced, distributed, transmitted, cached or otherwise used, except with prior written permission of Futurism. Fonts by Typekit and Monotype.