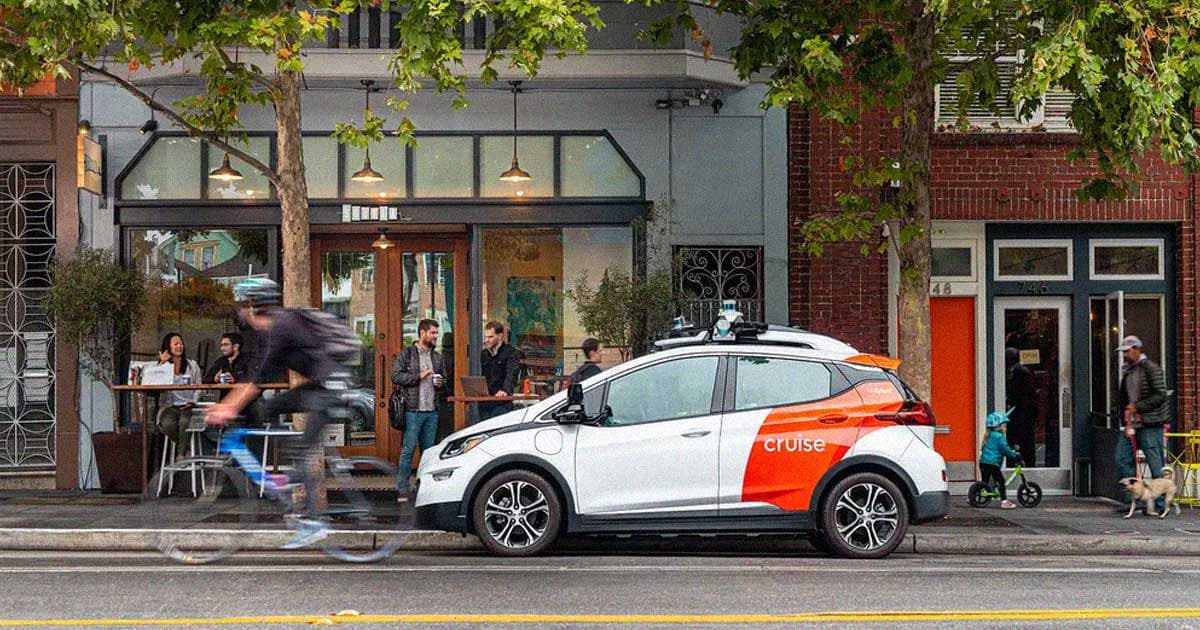 Here for the ride

GM's Robotaxis Are Now Collecting Fares with No Safety Driver

General Motors just started charging for rides in its new fleet of driverless Cruise model robotaxis in San Francisco last week, and next it plans to expand to other cities.

It’s a historic moment, and likely a glimpse of things to come. There aren't a lot of companies with fully driverless vehicles on public streets, and even fewer are charging for rides. It was only back in March that federal regulators opened the way for fully driverless vehicles — which, to clarify, now don’t even need to come equipped with manual controls like a steering wheel.

"It’s a Wright Brothers moment," said Cruise Chief Operating Officer Gil West in an interview with Bloomberg. "If you fast forward to next year and beyond, it’s rapid scaling of business."

Many have raised concerns over the safety of deploying driverless cars onto public roads. In 2018, a self-driving car with a human safety driver struck and killed a pedestrian, an incident which was primarily blamed on the inattentive safety driver and catalyzed scrutiny of autonomous vehicles. The premise of self driving cars has long been that they'll make driving safer, but the data remains unclear, and a grisly accident during a trial like GM's could cast a long shadow for public perception of the tech.

And of course, the question of employment can’t be overlooked. If autonomous vehicles do become ubiquitous, they could easily stamp out countless jobs in taxis, trucking, and beyond, with grim implications for the economy.

As it stands, all eyes are on San Francisco. What happens there with driverless cars may be the future for many American cities.

Red Light
Godfather of Self-Driving Cars Says the Tech Is Going Nowhere
10. 9. 22
Read More
Elon Take the Wheel
Tesla's In-Car Cameras Are Now Spying on Drivers to Make Sure They Pay Attention
6. 1. 21
Read More
Look Ma
It's Shockingly Easy to Drive a Tesla Without Anybody in the Driver's Seat
4. 22. 21
Read More
+Social+Newsletter
TopicsAbout UsContact Us
Copyright ©, Camden Media Inc All Rights Reserved. See our User Agreement, Privacy Policy and Data Use Policy. The material on this site may not be reproduced, distributed, transmitted, cached or otherwise used, except with prior written permission of Futurism. Articles may contain affiliate links which enable us to share in the revenue of any purchases made.
Fonts by Typekit and Monotype.