Robots Could Be Performing a Third of U.S. Surgeries by 2021 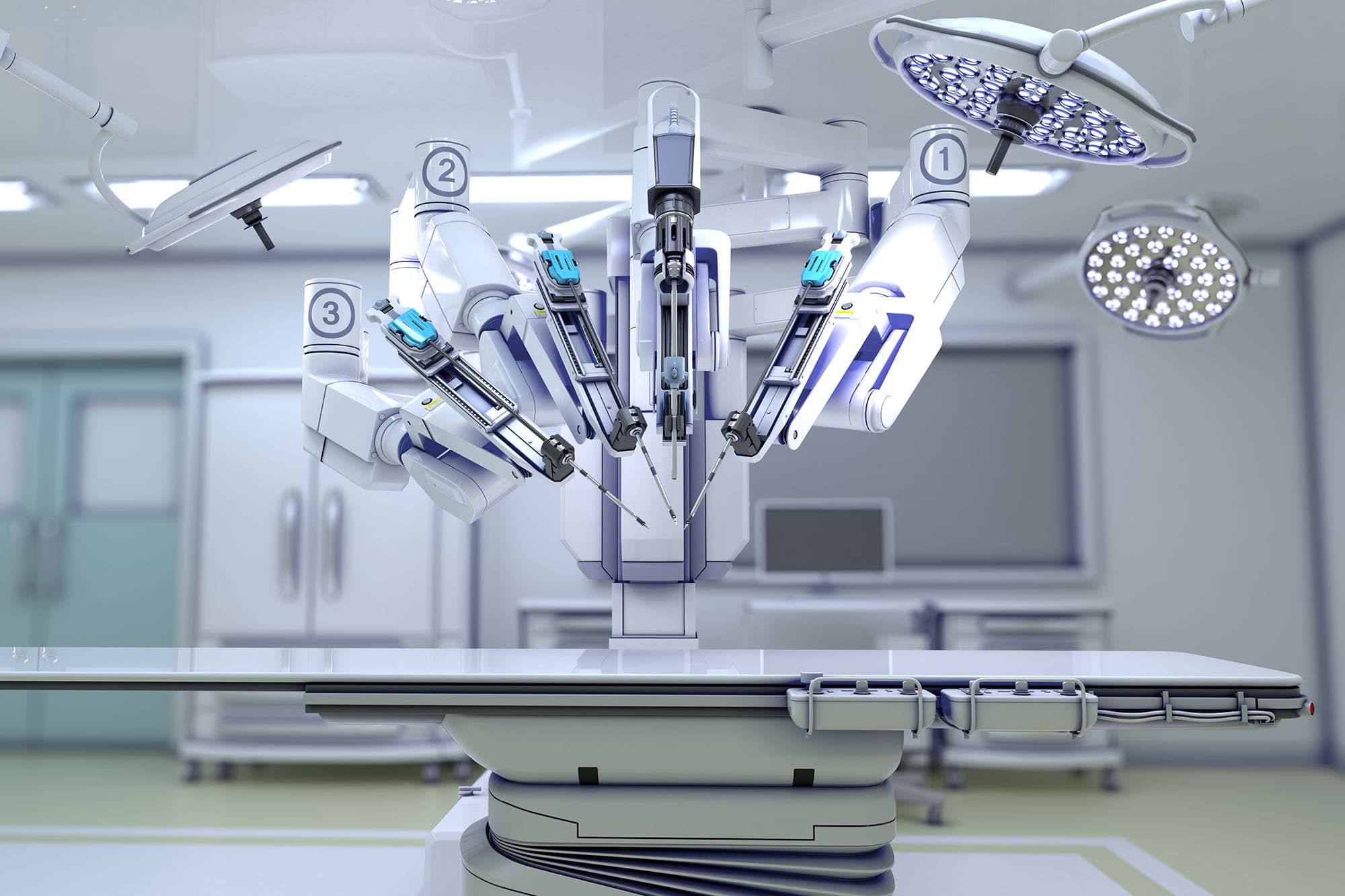 Robot Use in Hospitals Grows

Lately, robots are being used by hospitals to perform a multitude of tasks — from delivering medicine to patients, to working alongside surgeons and assisting them in complex and delicate procedures. Because of their precision and inability to feel weariness that may cause muscle tremors, robots are perfect assistants to surgeons in carrying out such meticulous jobs in the operating room.

As robotic surgery continues to grow, experts predict that, within the period of five years, robots will dominate the operating rooms in the United States. In fact, they could be conducting one of every three surgeries.

Intuitive Surgical Inc., the leading robotics market for surgical applications, is the manufacturer of the da Vinci Surgical System, the first telerobotic system that was cleared by the Food and Drug Administration in 2000 for human use. Check out its ability to surgically stitch a grape, as shown below.

As you could imagine, these robots don’t come cheap. A single robot costs approximately $ 1.5 million. Despite its high cost (and not to mention, the ongoing maintenance expenses), most top U.S. hospitals have invested in a da Vinci Surgical System.

But there are cheaper choices out there. Johnson & Johnson (J&J) and Alphabet Inc. have partnered to form Verb Surgical Inc. to come up with smaller and cheaper robotic-assisted systems for surgery.

Gary Pruden, global chairman of J&J’s medical devices group, says, “our goal is to have a lower-cost product, with the smallest footprint, with greater capability, that helps to raise the standard of care.”

Read This Next
Futurism
Qbits for Cubists: Robots Made These Incredible Works of Fine Art
Futurism
AI Created Complete 3D Models Of Cells So Doctors See How Diseases Change Them
Futurism
It's Really Hard to Give AI "Common Sense"
Futurism
An AI Robot Learned How to Pick up Objects After Training Only in the Virtual World
Futurism
Watch: This Is the World's Most Sophisticated Humanoid Robot
More on Artificial Intelligence
Bing Bing Bing!
2:58 PM on the byte
Microsoft Appears to Have Accidentally Launched New Bing With ChatGPT Functionality
Naughty Botty
Yesterday on futurism
Amazing "Jailbreak" Bypasses ChatGPT's Ethics Safeguards
Immortality Lite
Yesterday on futurism
Metaverse CEO Says ChatGPT Is Speeding Up Timeline for Emulating Dead People
READ MORE STORIES ABOUT / Artificial Intelligence
Keep up.
Subscribe to our daily newsletter to keep in touch with the subjects shaping our future.
+Social+Newsletter
TopicsAbout UsContact Us
Copyright ©, Camden Media Inc All Rights Reserved. See our User Agreement, Privacy Policy and Data Use Policy. The material on this site may not be reproduced, distributed, transmitted, cached or otherwise used, except with prior written permission of Futurism. Articles may contain affiliate links which enable us to share in the revenue of any purchases made.
Fonts by Typekit and Monotype.