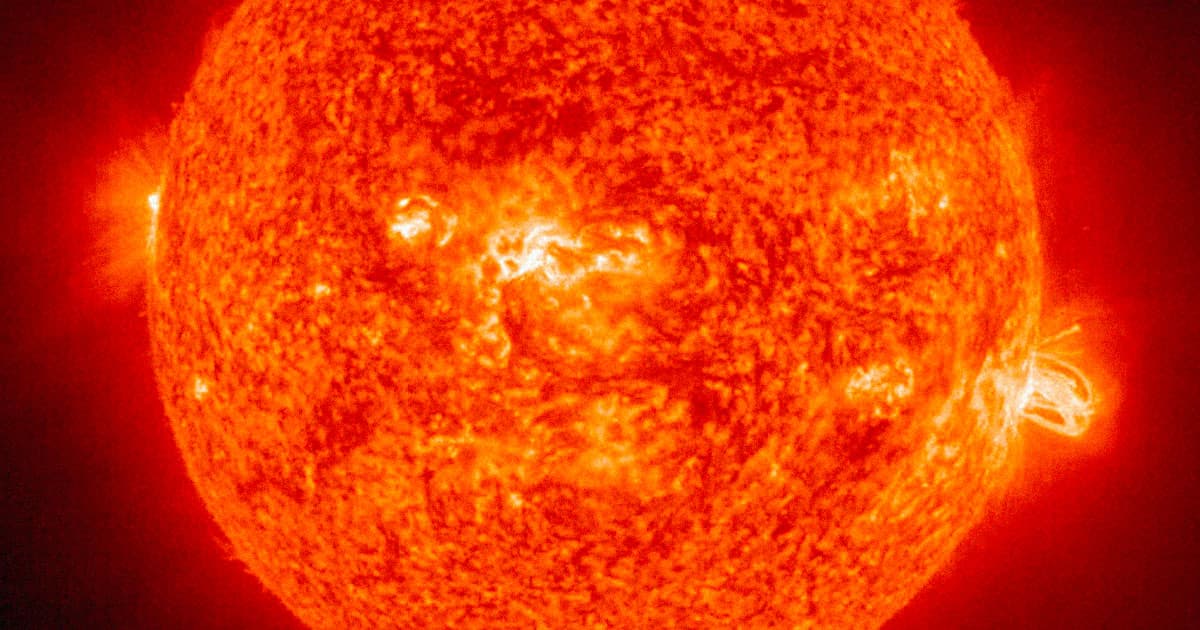 The Sun Just Let Off a Really Nasty Fart

You know those thermal camera videos of people farting that show the gas coming out of their derrieres? Imagine that, but with the Sun — which is pretty much what we got in an amazing new video of our star, well, ejecting a huge load of plasma.

Posted by the National Oceanic and Atmospheric Administration (NOAA), the video depicts a coronal mass ejection, which is a solar storm that spews out plasma and magnetic energy from the Sun's atmosphere. Which is pretty much a fart, right?

We're not the only ones who think so, either — at least one Twitter user pointed out that the Sun appears to have "pooted a lil" in this incredible video of our life-giving star.

It just pooted a lil

The NOAA's latest satellite, the GOES-18, was launched in early March and became fully operational in late June, but you wouldn't be blamed for missing it after the much-anticipated rollout of NASA's James Webb Space Telescope. This epic fart video was taken on July 10 by the Solar Ultraviolet Imager, GOES-18's imaging device.

It may not be as sexy as the Webb, but GOES-18's expected lifespan is 15 years — a good five years longer than the JWST's five-to-ten-year lifetime, but who's counting?

This isn't the first CME the sun has tooted out — one "canyon of fire" solar storm earlier in 2022 led to incredible Aurora Borealis sightings.

While you may see some pundits claiming that a Sun fart like this will lead to power grid outages here on our pale blue dot, these sorts of flares — and others much larger — happen regularly and usually don't end up affecting electronics on Earth beyond short-wave radio here and there.

In short, we can all enjoy a little potty humor without adding yet another thing out of our control to worry about.

More on CMEs: Here's What Happens When a Solar Storm Slams Into Earth

Get Wet
Scientists Say the Sun May Have Kinda Sprayed the Earth With Water
12. 1. 21
Read More
Recently Found "Most Earth-Like Alien Planet" May Be Uninhabitable Due to Superflares
11. 19. 15
Read More
Doomsday Prep
Elon Musk Sells Almost $7 Billion In Tesla Shares For Twitter Deal
Yesterday
Read More
+Social+Newsletter
TopicsAbout UsContact Us
Copyright ©, Camden Media Inc All Rights Reserved. See our User Agreement, Privacy Policy and Data Use Policy. The material on this site may not be reproduced, distributed, transmitted, cached or otherwise used, except with prior written permission of Futurism. Fonts by Typekit and Monotype.