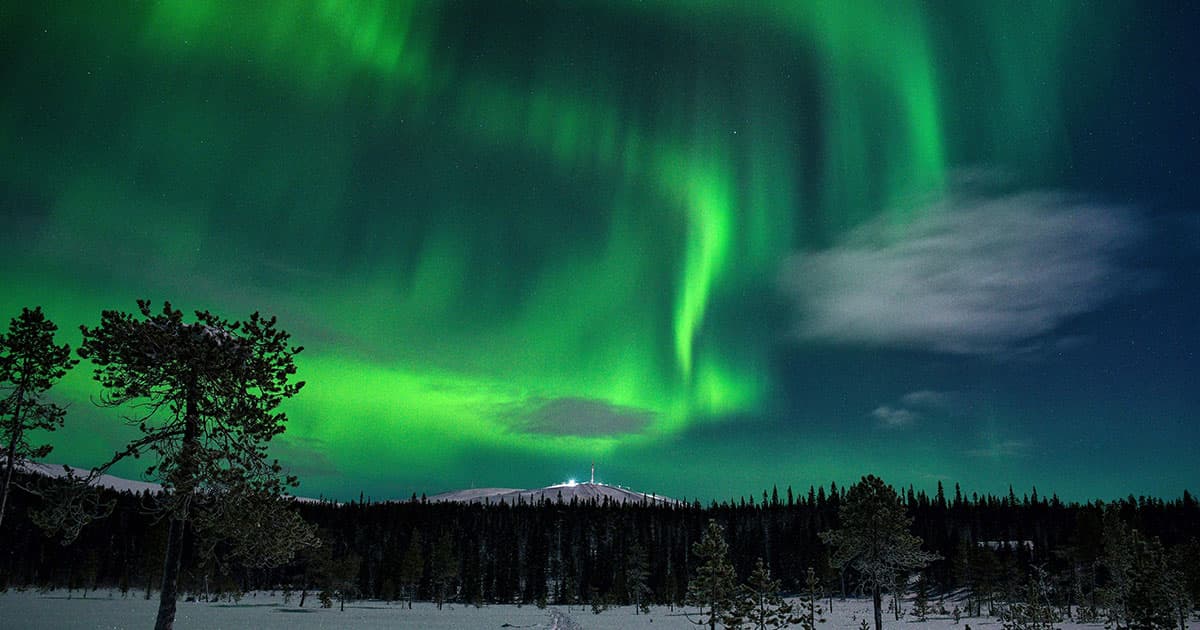 Remember When the Sun Shot a Ball of Plasma at the Earth? It Hit and Caused a Beautiful Aurora

What an incredible sight.

What an incredible sight.

Turns out that when the Sun spits plasma at the Earth, the results can be beautiful.

Earlier this month, when a sunspot shot plasma at Earth for the second time in two weeks, astronomers knew it was likely to result in a stunning aurora borealis light show here on Earth — and boy were they right.

Multiple photos, like those taken by "Aurora Hunter" Todd Salat, show the majestic northern lights that this "corpse" plasma ball caused on Earth.

Apart from being visually stunning, these recent northern lights have a fascinating backstory as well.

Both last week's auroras and those that occurred at the very end of March, which were seen much further south than usual, were the result of coronal mass ejections (CMEs), which are when events on the Sun's surface cause the star to eject plasma and magnetic radiation into its solar winds. When those magnetized winds reach Earth and react with our magnetosphere, they result in the aurora borealis.

Both of the last two CMEs had gnarly-sounding monikers associated with them — "corpse" for the last one, due to it coming from a "dead" sunspot, and "cannibal" for the one prior because it overtook and "ate" the smaller initial ejection. In spite of the intensity of their names, however, these solar events generally don't wreak too much havoc on Earth, save for some disruptions in low-frequency radio waves and, of course, the gorgeous atmospheric lightshows they can cause.

There seems to be a lag of a few days between initial CMEs and them hitting Earth's magnetosphere, so next time the sun decides to shoot plasma out at Earth, we'll have some time to prepare to look for the spectacle.

More on sun freakouts: A Huge "Canyon of Fire" Just Opened Up On The Sun

There's A New Kind of Aurora on Earth, And its Name is Steve
3. 20. 18
Read More
Giant Solar Storms May Have Fueled the Evolution of Life on Earth
5. 26. 16
Read More
CME: The Storm of the Century
3. 17. 13
Read More
+Social+Newsletter
TopicsAbout UsContact Us
Copyright ©, Camden Media Inc All Rights Reserved. See our User Agreement, Privacy Policy and Data Use Policy. The material on this site may not be reproduced, distributed, transmitted, cached or otherwise used, except with prior written permission of Futurism. Articles may contain affiliate links which enable us to share in the revenue of any purchases made.
Fonts by Typekit and Monotype.