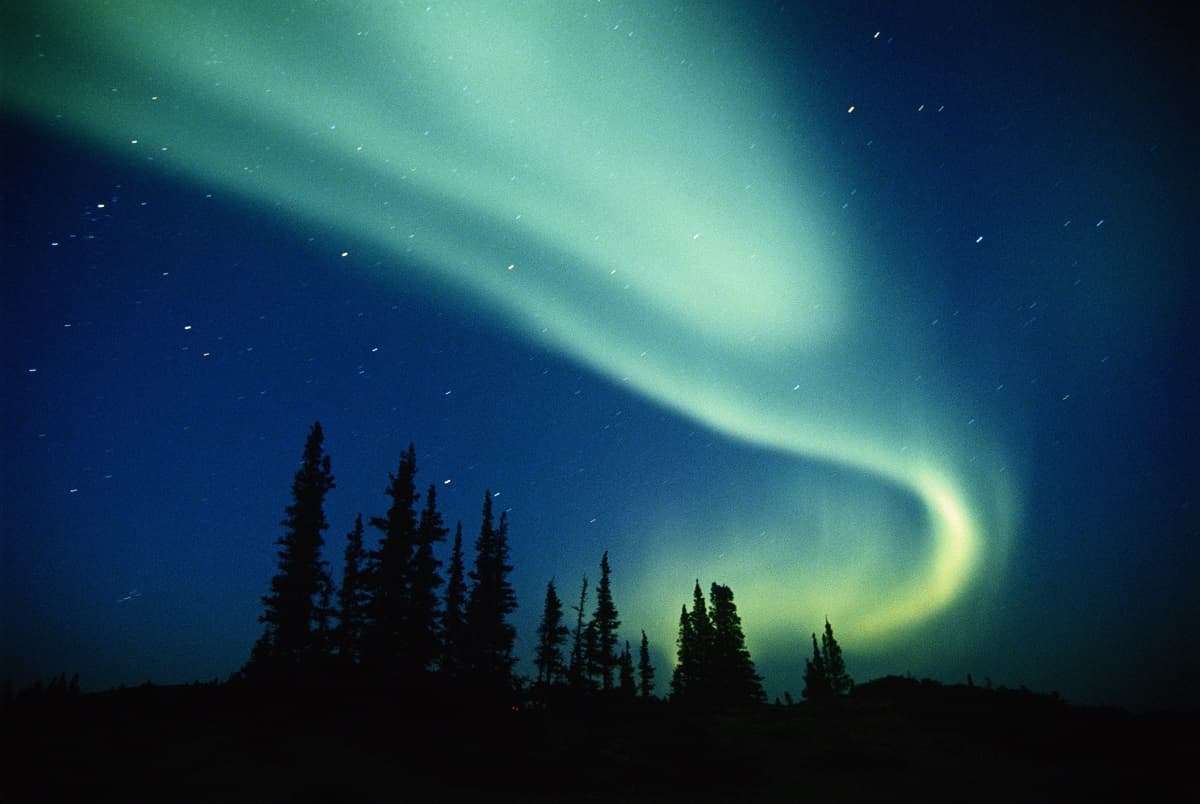 If you live in these areas, take a look at the sky tonight.

If you live in these areas, take a look at the sky tonight.

If you live in the Northern part of the United States and catch a glimpse of the aurora borealis tonight, you'll have a "cannibal" solar explosion to thank.

As Live Science reports, a "cannibal" coronal mass ejection (CME)  — a cloud-like release of magnetic plasma particles from the Sun's corona so huge that it eats smaller clouds to create a gigantic mega-blast — is the cause of both a massive geomagnetic storm that could affect low-frequency radio waves and, dazzlingly, northern lights that will be visible as far south as Pennsylvania, Iowa, and Oregon.

While the northern lights are generally only seen in the highest reachers of the Northern Hemisphere like Alaska, Iceland, and Scandinavia, massive solar events like the approaching cannibal CME can make the aurora borealis visible much further south than usual.

According to @NWSSWPC, a geomagnetic storm category G3 is predicted tonight & early Thursday. The Aurora Borealis (Northern Lights) may be seen as far south as Pennsylvania to Iowa to Oregon.

This self-eating solar explosion is, as Space.com puts it, the result of a whopping 17 solar eruptions that came from a single "overactive" sunspot. These eruptions started on March 28 and have since been hailed a category G3 geomagnetic storm, meaning it's quite strong.

These solar winds are currently hurdling towards our planet at nearly two million miles per hour, but we don't need to worry too much about it. As Live Science notes, our planet's magnetic field generally absorbs these kinds of solar emissions with little more than the slight compression and subsequent rippling magnetic energy lines that make up the gorgeous aurora borealis light show.

That said, there is still a risk to lower-frequency radio and satellite technology, and as SpaceWeather.com notes, the shortwave radio blackout over the Americas seems to already have happened, affecting "aviators, mariners, and ham radio operators."

Just last month, a geomagnetic storm much milder than the one currently approaching the Earth knocked out 40 of SpaceX's Starlink internet satellites that had just been launched, though it's unclear if this cannibal sun storm will have similar effects this time around.

Even as it poses risks to satellite and radio tech, solar events like this aren't all that common and worth witnessing — so if you live somewhere in the Northern US where you can get a clear view of the night sky, definitely try to check this one out.

More on sun stuff: NASA Is Investigating a Bizarre Explosion on the Sun

Satan's Butthole
The Sharpest-Ever Image of a Sunspot Looks Like a Portal to Hell
12. 4. 20
Read More
Tiny Flares
Scientists Found Something Surprising in Closest-Ever Photos of the Sun
7. 16. 20
Read More
Scientists Have Proposed Building an Earth-Sized Shield to Protect Our Planet
10. 4. 17
Read More
+Social+Newsletter
TopicsAbout UsContact Us
Copyright ©, Camden Media Inc All Rights Reserved. See our User Agreement, Privacy Policy and Data Use Policy. The material on this site may not be reproduced, distributed, transmitted, cached or otherwise used, except with prior written permission of Futurism. Articles may contain affiliate links which enable us to share in the revenue of any purchases made.
Fonts by Typekit and Monotype.