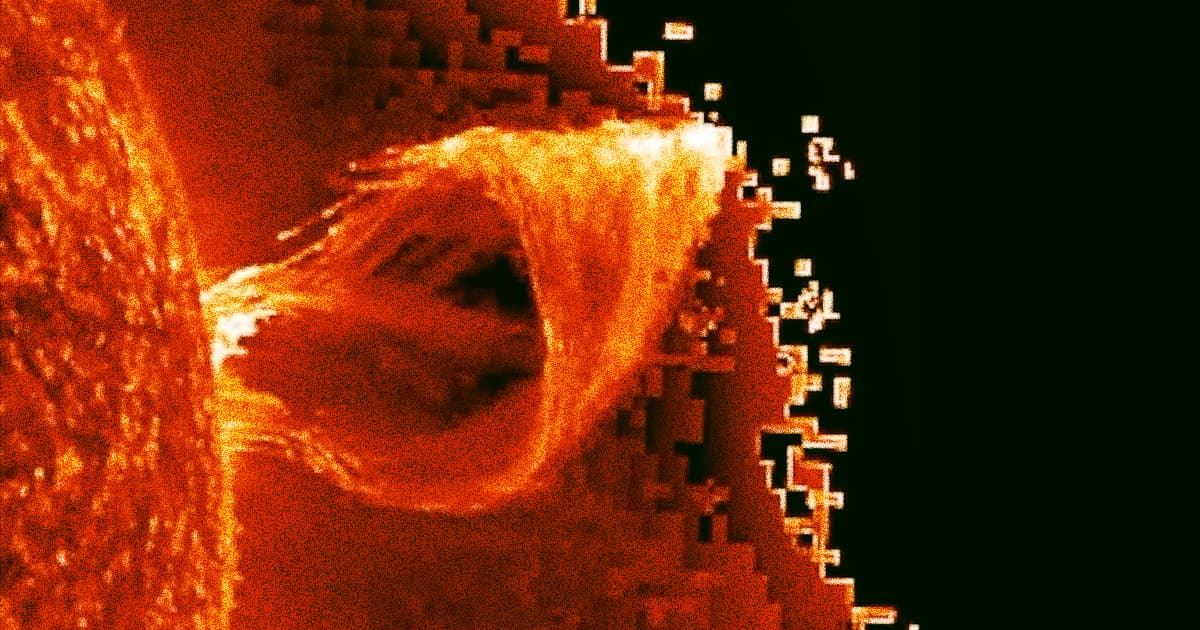 NASA Is Investigating a Bizarre Explosion on the Sun

The agency is comparing it to the Rosetta Stone.

The agency is comparing it to the Rosetta Stone.

NASA is probing a bizarre, three-in-one explosion that erupted out of the surface of the Sun back in 2016 — in hopes that it will unlock the secrets of the Sun's volatile activity.

The explosion contained elements of three different types of solar eruptions: Bubble-like coronal mass ejections, beam-like jets, and partial eruptions that collapse onto themselves. Those eruptions all happen independently of one another, making this hybrid the first of its kind to ever be spotted, according to CNET. NASA is referring to the explosion as a sort of "solar Rosetta Stone," comparing it to the ancient slab that helped researchers decode Egyptian hieroglyphs, because picking apart the three different eruptions could help researchers finally understand the root causes for each and how they differ.

The 2016 explosion was too big to be a jet but too narrow to be a coronal mass ejection, according to a NASA press release. And when it finished, a partial eruption emerged from the same place just to bubble up and fall back onto itself. Seeing all three forms of eruption emerge in the same place and within the same hour suggested to NASA that all three are caused by the same mechanisms, according to the research, which was presented at Monday's American Astronomical Society meeting and has been accepted for publication in Astrophysical Journal Letters.

"This event is a missing link where we can see all of these aspects of different types of eruptions in one neat little package," NASA solar scientist and lead study author Emily Mason said in the release. "It drives home the point that these eruptions are caused by the same mechanism, just at different scales."

Going forward, Mason and her team plan to tease out those differences by modeling the eruption and figuring out what causes eruptions to take one of the three forms. If they succeed, NASA may even be able to predict solar eruptions before they happen, giving people on Earth a few hours of warning in case it proves hazardous.

More on solar eruptions: Scientists Found Something Surprising in Closest-Ever Photos of the Sun