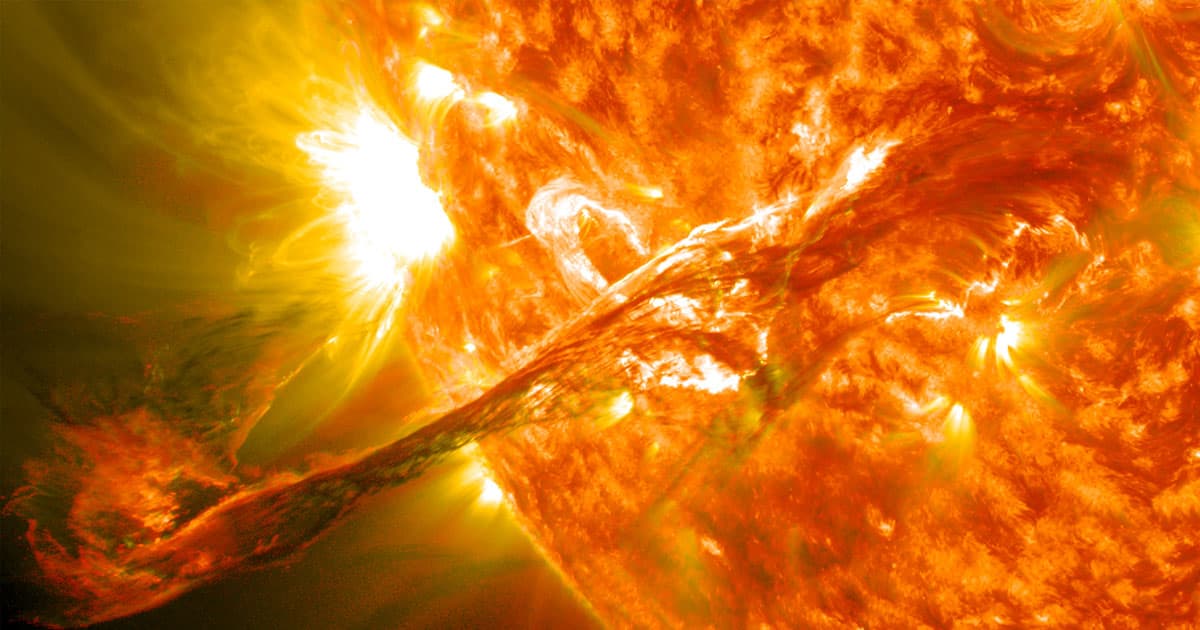 Scientists Are Worried About Solar Storms Frying all our Electronics

They want a space weather forecasting system so we can prepare.

They want a space weather forecasting system so we can prepare.

A team of scientists warns that if the Sun unleashed a powerful type of storm called a coronal mass ejection in Earth's direction, it could utterly destroy our entire electronic infrastructure.

There's not much us mere terrestrial mortals could do to stop such a storm — but at the very least, the Skolkovo Institute of Science and Technology researchers want to improve our ability to forecast space weather so we could at least get a little bit of warning.

In order to predict these storms, scientists still need to understand how they actually work. To that effect, the scientists published research in The Astrophysical journal last week about not only the mechanics of the storms but also how they interact with the Earth's magnetic field.

Those interactions, they warn, would be dire. The last time the Earth got blasted by a coronal mass ejection was 1859, the storm knocked out North America's and Europe's telegraph networks, according to a press release. Should another happen today, it would likely cause trillions of dollars of damage to our electronics and satellites, shutting down internet, radio, and other communications networks.

Building things back up to where they were before such a storm could take as long as a decade, the scientists predict. At the very least, space forecasting would give us some time to prepare.

"Our modern technological society needs to take this seriously, study extreme space weather events, and also understand all the subtleties of the interactions between the sun and the Earth," Skoltech researcher Tatiana Podladchikova said in the release. "And whatever storms may rage, we wish everyone good weather in space."

More on solar storms: Solar Storms May Cause Whales to Crash Into Beaches