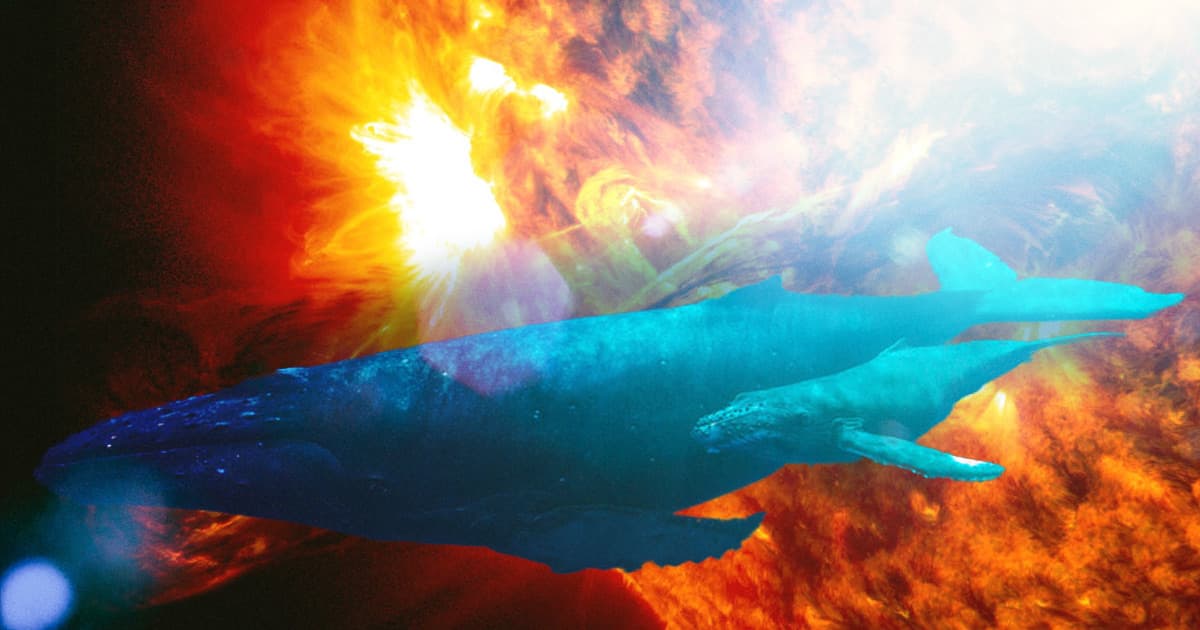 Solar Storms May Cause Whales to Crash Into Beaches

This scientist says that "whales are stranding a lot more often when the sun is doing crazy stuff."

This scientist says that "whales are stranding a lot more often when the sun is doing crazy stuff."

A massive new study on gray whale behavior suggests that they navigate the seas, at least in part, by sensing the Earth’s magnetic field and using it as a guide.

Unfortunately, that also means that when the magnetosphere is disrupted by a solar storm, it can have disastrous effects. In fact, new research published Monday in the journal Current Biology found a clear link between gray whales beaching themselves and the incidence of sunspots — indicative of solar storms — on any given day. When more solar storms occurred, more whales washed up.

Rather, she and her team demonstrated that “whales are stranding a lot more often when the sun is doing crazy stuff,” she told Live Science last month, shortly after she first presented her work at an academic conference.

The paper argued that the solar storms were “blinding” the whales, not merely sending them off course.

The whales beaching more often “is likely caused by disruption to the sense itself, not inaccurate information,” Granger said in a new press release.

She added that “it is possible that the reason the whales are stranding so much more often when there are solar storms is because they have gone blind, rather than that their internal GPS is giving them false information.”