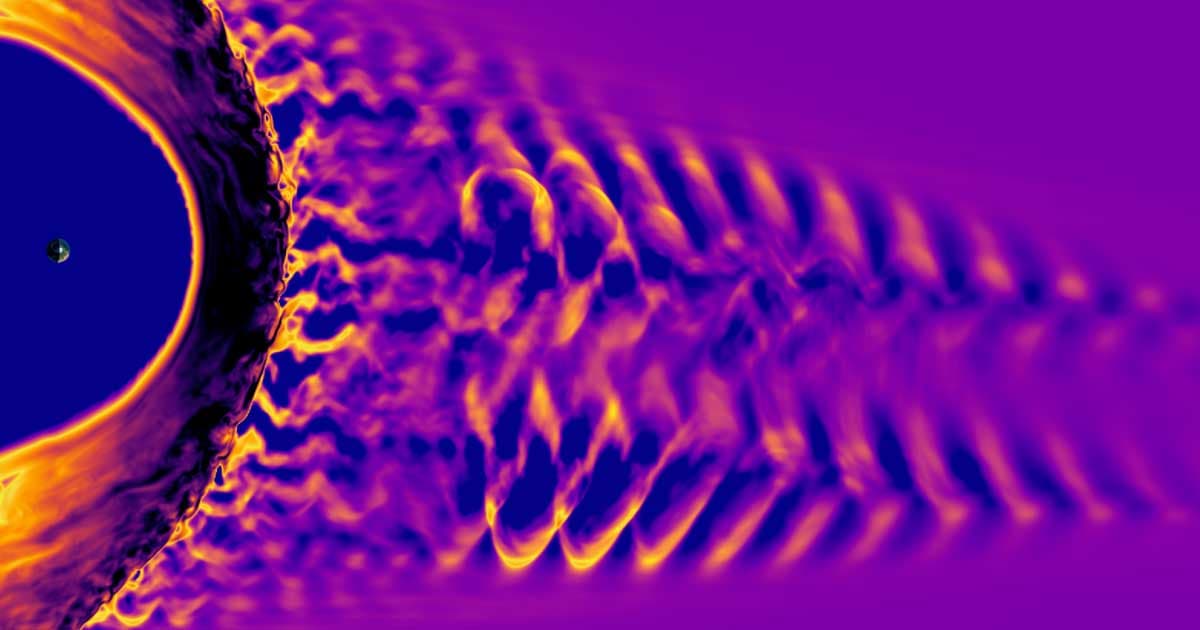 Here's What Happens When a Solar Storm Slams Into the Earth

You can even "listen" to the otherworldly music it creates.

You can even "listen" to the otherworldly music it creates.

A team of scientists from the University of Helsinki used data collected by the European Space Agency's Cluster mission — an investigation into the Earth's magnetic field using a constellation of four spacecraft — to map out the "eerie song" that the Earth sings when bombarded by electrically charged particles from the Sun.

The research could allow us to understand disturbances in space weather and how they affect technology both on the ground and in space. It could also teach us about the magnetic fields of distant exoplanets and how they're affected by their parent star.

Solar winds occur when particles are released by the Sun and flow into other parts of the Solar System. A solar storm, or coronal mass ejection, occurs when the Sun shoots out a burst of plasma, caused by a release of magnetic energy. Such a storm is so powerful that it can temporarily change the shape of the Earth's magnetic field.

The team studied the foreshocks — the regions the solar storm's particles hit first when approaching Earth — and discovered the magnetic waves that were released as a result were far more complex than they initially thought.

"We always expected a change in frequency but not the level of complexity in the wave," team lead Lucile Turc from the University of Helsinki, Finland said in a statement.

The scientists then turned these magnetic waves into audible sounds, resulting in alien-sounding bleeps and bloops.

More on solar winds: We May Have Finally Solved the Mystery of Solar Flares

Scientists Have Proposed Building an Earth-Sized Shield to Protect Our Planet
10. 4. 17
Read More
For the First Time, We Can Watch Storms on the Sun in Real Time
1. 16. 17
Read More
Rock Battery
Researchers Successfully Turn Abandoned Oil Well Into Giant Geothermal Battery
4:31 PM
Read More
+Social+Newsletter
TopicsAbout UsContact Us
Copyright ©, Camden Media Inc All Rights Reserved. See our User Agreement, Privacy Policy and Data Use Policy. The material on this site may not be reproduced, distributed, transmitted, cached or otherwise used, except with prior written permission of Futurism. Articles may contain affiliate links which enable us to share in the revenue of any purchases made.
Fonts by Typekit and Monotype.