"This discovery of water was very unexpected!" 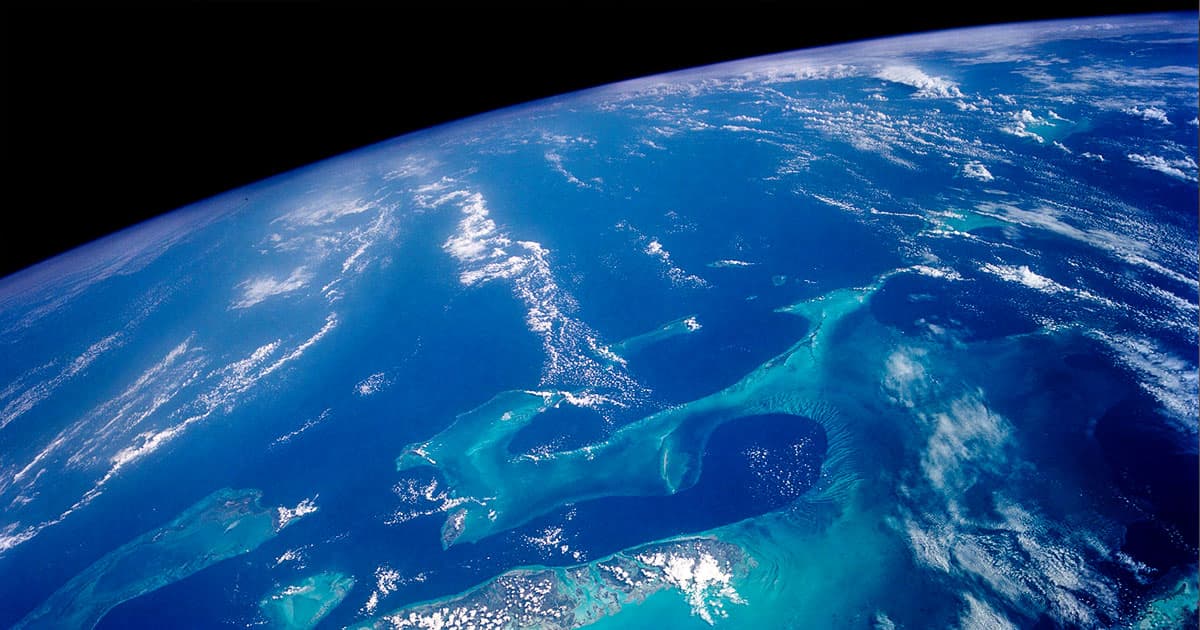 Scientists may have answered a longstanding question about exactly where Earth's huge supply of water came from.

A new study published in Nature Astronomy postulates that there may have been an additional step to the commonly-held theory that terrestrial water comes from carbonaceous asteroids — and it involves the sun.

The root of the initial question about Earth's water, which covers about 70 percent of the planet, lies in the chemical makeup of carbonaceous — also known as "C-type" — asteroids. While they do contain water, it's richer in deuterium, a heavier version of the hydrogen-rich water we have on Earth.

Looking beyond Earth, researchers noted that the sun is very hydrogen-rich. And now, a group of scientists have posited that the winds generated from solar flares may have interacted with the C-type asteroids that hit early Earth, resulting in our good ol' H2O.

"Fine-grained dust, buffeted by the solar wind and drawn into the forming Earth billions of years ago could be the source of the missing reservoir of the planet's water," Luke Daly, a University of Glasgow geologist and the paper's lead author, told the school's news arm.

Along with the Scottish institution, the study was conducted in tandem with researchers from a number of other schools and organizations including Purdue University, Oxford, and NASA.

As the study's authors wrote in The Conversation, the discovery would have been impossible if they hadn't been granted access to three "extremely rare" pieces of the Itokawa asteroid collected in 2010 by the Japanese Space Agency (JAXA)'s Hayabusa mission, "each about the width of a human hair."

What's more, they weren't even looking for water, but instead were looking "to study the outer surfaces of these dust particles in a brand new way to see if they have been affected by 'space weathering.'"

"This discovery of water was very unexpected!" the paper's co-authors wrote. "By everything we knew, these minerals from the asteroid should have been as dry as a bone."

This new finding could, in theory, help astrophysicists study the water on other planets that humans may inhabit in the distant future.

It could also, as a logical endpoint, be crucial information in the coming water wars — so hallelujah for that.

Read more: Up to half of Earth's water may come from solar wind and space dust [The Conversation]

Read This Next
Putting Things In Perspective
Amazing Artemis Photo Shows Every Human, Alive or Dead, Plus the Moon
Fighting Words
Retired NASA Astronaut Scott Kelly Dishes on Ukraine, Russia, and Moon Mission
Psychological Warfare
Experts Excoriate NASA Report Claiming James Webb Wasn't Homophobic
Big Impact
Meteorite Hit Mars So Hard NASA Thought It Was a Quake
Failure to Launch
Lawsuit Accuses NASA of Widespread Racial Discrimination
More on Off World
I Don't Like This...
Yesterday on the byte
Fun Website Lets You Simulate an Asteroid Impact in Your Hometown
TTFN
Monday on the byte
Skkrt! NASA's Orion Heads Back to Earth, Leaves Moon in the Dust
Icy Comet Eruption
Monday on the byte
Astronomers Spot Volcano Erupting on a Distant Comet
READ MORE STORIES ABOUT / Off World
Keep up.
Subscribe to our daily newsletter to keep in touch with the subjects shaping our future.
+Social+Newsletter
TopicsAbout UsContact Us
Copyright ©, Camden Media Inc All Rights Reserved. See our User Agreement, Privacy Policy and Data Use Policy. The material on this site may not be reproduced, distributed, transmitted, cached or otherwise used, except with prior written permission of Futurism. Articles may contain affiliate links which enable us to share in the revenue of any purchases made.
Fonts by Typekit and Monotype.