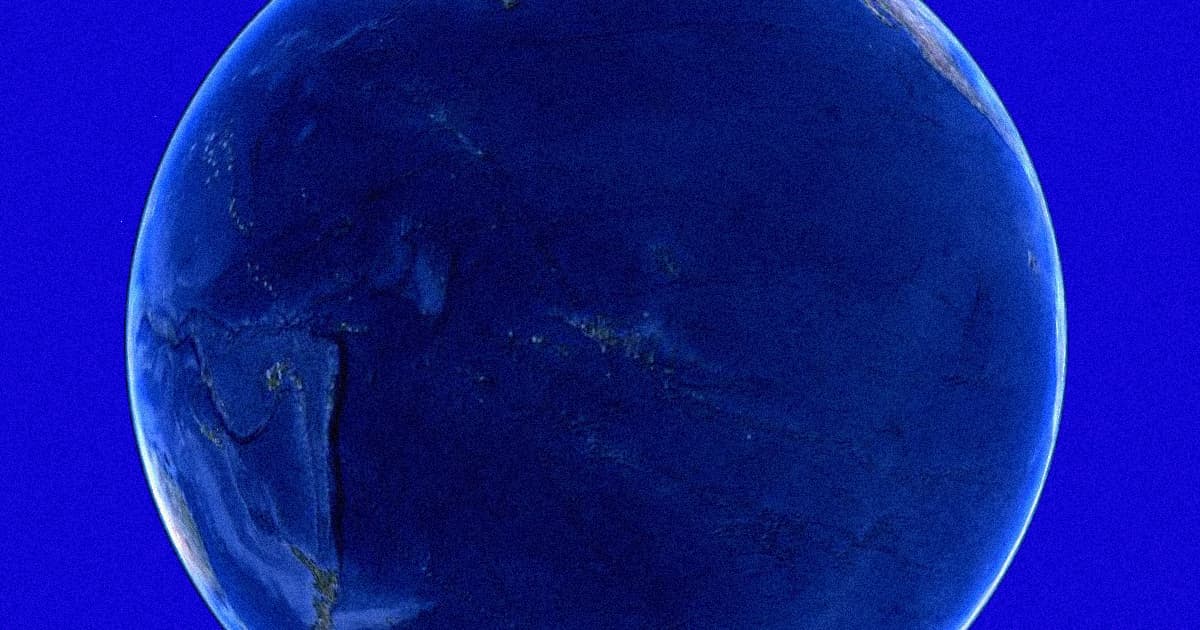 This finding could rewrite the history of life on Earth.

This finding could rewrite the history of life on Earth.

Scientists at Iowa State and the University of Colorado say they've found compelling new evidence that the ancient Earth was an unbroken expanse of water, without a single continent. Yes: "Waterworld."

The research, published this week in the journal Nature Geoscience, examined ancient samples of sea floor found in Australia and found chemical clues that Earth used to be a completely blue planet — a discovery, the scientists say, that could have deep implications for the history of life itself.

The key finding, Iowa State geoscientist Benjamin Johnson told Live Science, was that back when the Earth was a young 1.5 billion years old, its ocean was swimming with the isotope oxygen-18.

Nowadays, he said, continental land masses suck much of the oxygen-18 out of the water. And in this ancient sample, he observed an abundance of it. So an abundance of oxygen-18 in the ancient ocean, the theory goes, implies a "Waterworld" scenario.

Intriguingly, Johnson says, the discovery could shift the parameters around the origin of life on Earth.

"There are two major camps for the origin of life: hydrothermal vents and ponds on land," Johnson told Live Science. "If our work is accurate, it means the number of environments on land for life to emerge and evolve was really small or absent until sometime after 3.2 billion years ago."

Brands We Love
This Specially Formulated Mix Helps Prevent Dehydration Better Than Water Alone
8. 28. 20
Read More
Brands We Love
If You're Thirsty, You're Already Dehydrated. But This Rapid Hydration Mix Can Help.
7. 25. 20
Read More
Hulk Smash Planets
Watch These Brutal Simulations of Apocalyptic Planetary Collisions
7. 21. 20
Read More
+Social+Newsletter
TopicsAbout UsContact Us
Copyright ©, Camden Media Inc All Rights Reserved. See our User Agreement, Privacy Policy and Data Use Policy. The material on this site may not be reproduced, distributed, transmitted, cached or otherwise used, except with prior written permission of Futurism. Articles may contain affiliate links which enable us to share in the revenue of any purchases made.
Fonts by Typekit and Monotype.