Is There an Ancient Earth Trapped in Earth's Interior? "Yes," Say Harvard Scientists 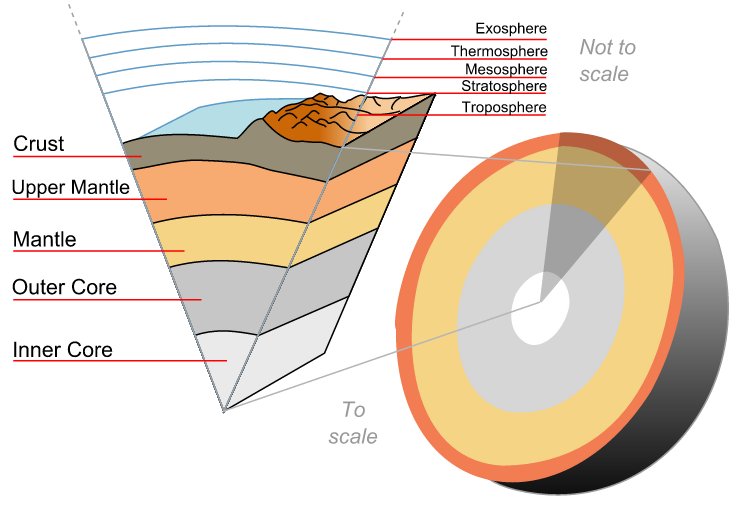 Just last week, it was announced that scientists have found an underground "ocean" beneath Earth's surface, which poses an interesting observation; how is it that we now know so much about distant reaches of space, while there is still so much left to figure out  about Earth; including lingering questions about its origin, its  evolution and its ultimate fate? That's just the nature of science, I'm afraid. The more we learn, the more clear it is that we know nothing.

However, we do know that billions of years ago, Earth was a barren and volatile shell of its current self; yet it was a place teeming with endless possibilities – possibilities that wouldn't be realized for a few more billions of years. Nonetheless, given its extremely hot temperature during the its first epoch, its unstable tilt and eccentric orbit, it was inhospitable to even the most basic forms of life. Then, one day, something extraordinary occurred; an event that would set  the stage for life to awaken from its eternal slumber – the moon formed. The mechanism responsible for its creation remains one huge question mark, but we have a few ideas. The most promising concept is the big splat.

The “Big Splat” theory says that more than three billion years ago, an object equivalent to Mars in size collided with Earth catastrophically, before the two objects merged together to form the Earth as we know it (after the previous version essentially melted into a boiling pit of hot magma), while some of the raw fragments of material flung itself into space – maybe creating a system of rings. In this scenario, one would expect that the composition of both bodies would be distinct considering the fact that the Earth-moon system would be composed of the materials from not one planet, but two different ones.

Instead of that being the case, when astronomers compared moon rock samples to those gathered on Earth, they learned that the oxygen isotope ratio in both samples were nearly identical. Moreover, they share a similar isotope ratio of titanium (although there is lingering uncertainty about the percentage of other refractory elements). The observation that silicate materials from both sources have similar isotopic signatures hint that the two objects were formed from the same materials,recently, more evidence surfaced in favor of this assertion.

Earlier this month, it was announced that scientists had essentially found what may be the chemical signature of the object that struck Earth to form the Moon; a discovery that even answers some important questions that conflict with the big splat model, primarily the observation noted above about its isotopic composition.

The team - led by Daniel Herwartz, an isotope geochemist at the University of Cologne in Germany - utilized new technology by building equipment sophisticated enough to collect precise measurements of the moon's isotopes, which can best be done using a very particular laser-based technique that specializes in Oxygen isotopes.

In the samples we have of Earth rocks, various meteorites, and the lunar rock samples from the Apollo mission, the technique picked up on a minuscule (but significant) difference. It seems that lunar samples contain 12 parts per million more Oxygen-17 isotopes than the Earth-based samples that were analyzed, which might point to our theoretical harbinger of celestial death and rebirth belonging to a class of meteorites known for being similar to Earth isotopically, called enstatite chondrites. The simularities might mean we are either looking for something that doesn't exist, or we are looking at the evidence but are incapable of seeing the bigger picture; that Theia didn't leave an apparent chemical imprint on the Moon when it crashed into Earth at full-speed because it was already similar to Earth to begin with; once again supporting the tenets of the so-called big splat theory.

Now, scientists from Harvard University - headed by Associate Professor Sujoy Mukhopadhyay - have suggested that remnants of an ancient Earth from more than 4.5 billion years ago might lurk deep inside of current Earth's mantle. Assuming the team members are correct - and they believe they have found evidence to support them - the sheer temperatures generated during the collision didn't melt all of Earth, but parts of it. The remaining bits were then integrated back in to Earth 2.0, where they remain to this day; an ancient Earth easter egg of some sorts.

Their theory once again centers on isotopic ratios of elements found on Earth and in lunar rocks brought back to Earth by Apollo astronauts. Team members took another look at two strange, unexplained isotopic signature, from a noble gas isotope called 3He/22Ne , that have been linked to the collision that spawned the moon. They learned that the ratio was far more significant in the shallow mantle of Earth's crust than farther below Earth's mantle, to which Professor Mukhopadhyay remarked: “This implies that the last giant impact did not completely mix the mantle and there was not a whole mantle magma ocean.”

“The geochemistry indicates that there are differences between the noble gas isotope ratios in different parts of the Earth, and these need to be explained. The idea that a very disruptive collision of the Earth with another planet-sized body, the biggest event in Earth’s geological history, did not completely melt and homogenize the Earth challenges some of our notions on planet formation and the energetics of giant impacts. If the theory is proven correct, then we may be seeing echoes of the ancient Earth, from a time before the collision,” said Professor Mukhopadhyay.

Adding to the evidence is new analysis of the 129-Xenon to 120-Xenon ratio brought to the surface from deep within by mantle plumes. The team learned that the samples from Earth's mantle possess a lower ratio than samples that originated just beneath the surface (perhaps in the basalts of mid-ocean ridges, for starters). Said isotopes are known to be the byproduct of the radioactive decay of 129-Iodine, allowing them to determine that the section composed of ancient Earth materials first popped up around 100 million years after Earth's inception.

To this, Richard Carlson - a professor from the Carnegie Institution Department of Terrestrial Magnetism - remarked that “This exciting result is adding to the observational evidence that important aspects of Earth’s composition were established during the violent birth of the planet and is providing a new look at the physical processes by which this can occur.”

The findings were announced at the Goldschmidt Geochemistry Conference in California earlier this month. A team from Germany also presented similar results. Read the full press release here.