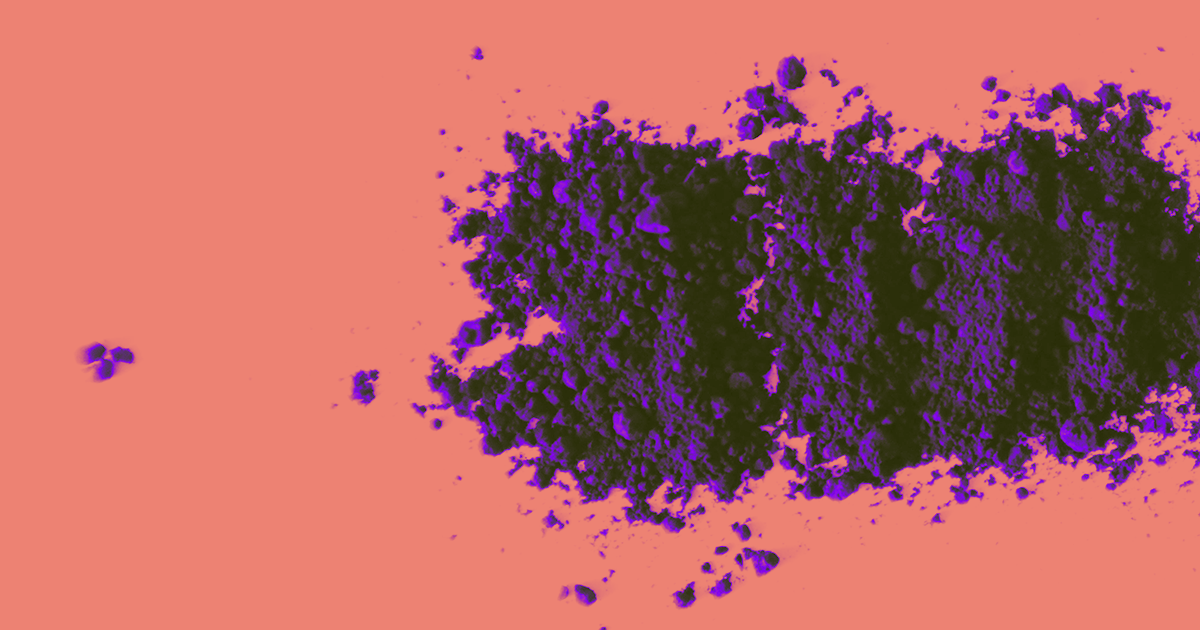 We Can Now Store Data in the Form of a Powder

It could be the storage medium of the future.

It could be the storage medium of the future.

Data might be the most valuable resource in the world, but we're quickly approaching the physical limits of the magnetic systems we use to store most of it. Additionally, mining the materials needed to create those systems, such as hard drives or USB sticks, is a burden on the environment.

Given all that, it's not surprising that finding new ways to store data is a top research priority. Now, a team from Ghent University thinks it may have figured out a promising new medium: powder.

In a paper published in the journal Nature Communications, the team describes the process of storing small amounts of information, such as a bit of text or a QR code, in a powder.

Using a chemical process they developed, the team figured out a way to translate information into the chemical signature of a sequence-defined macromolecule, which is a type of molecule with a specific chain length and defined groups. They then wrote two computer algorithms. One automates the process of translating the data into its chemical form and vice versa. The other program ensures this process happens quickly.

As a result of these efforts, they were able to produce powders that contained links to websites and apps.

This isn't the first unusual storage medium for data we've come across — researchers are figuring out ways to store data in everything from DNA to diamonds.

Ultimately, most of these new mediums are still a long way from being ready to replace the ones currently hosting the world's data. But given that our production of data is shows no signs of slowing down, neither can our efforts to find better storage mediums.

READ MORE: A USB Stick? In the Distant Future, a Little Powder Should Suffice [Ghent University]

More on data storage: Scientists Have Stored 2 MB of Data in a Single Speck of DNA

Brands We Love
The Edible Chemistry Kit Has Awesome Science Experiments You Can Eat
9. 23. 20
Read More
Brands We Love
Back-Up Everything In Your Life With 10TB Of Cloud Storage That's 95% Off
9. 6. 20
Read More
Brands We Love
If Your Kids Love to Learn, This Science Kit Subscription Service Is a Must
8. 18. 20
Read More
+Social+Newsletter
TopicsAbout UsContact Us
Copyright ©, Camden Media Inc All Rights Reserved. See our User Agreement, Privacy Policy and Data Use Policy. The material on this site may not be reproduced, distributed, transmitted, cached or otherwise used, except with prior written permission of Futurism. Articles may contain affiliate links which enable us to share in the revenue of any purchases made.
Fonts by Typekit and Monotype.