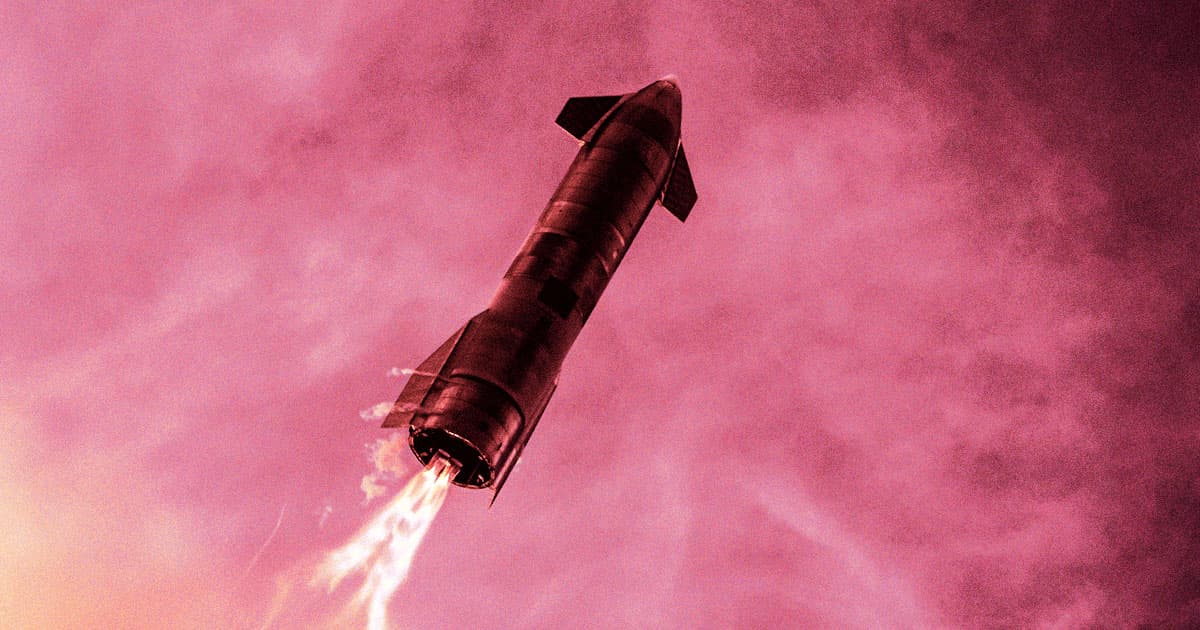 SpaceX Shares Spicy Video of Its Mars Rocket Being Tested

SpaceX has shared a new 90-second montage dubbed "Gateway to Mars," showing its Starship spacecraft prototypes being built, launched, and safely returned back to the surface. It's a reminder of how far the company has come in realizing its vision.

The footage shows several early iterations of the Mars-bound launch vehicle being put through their paces — albeit without the ensuing massive explosions, since on more than one occasion, the prototypes didn't survive their return journey, either making a hard landing, blowing up in mid-air, or exploding on impact with the ground.

But SpaceX has come a long way since those fireballs. In May, the fifth full-scale prototype, called SN15, managed to stick the landing.

Fast forward several months, and the company has installed a massive tower meant to catch both Starship and its Super Heavy booster.

The test set the stage for SpaceX's first test flight to orbit in the coming months, though when that will actually happen is still unclear. The Federal Aviation Administration is still in the midst of completing its environmental assessment of Starship's orbital test site.

But the day can't come soon enough — it's going to be a sight.

READ MORE: SpaceX shows off its 'Gateway to Mars' for Starship launches in video [Space.com]