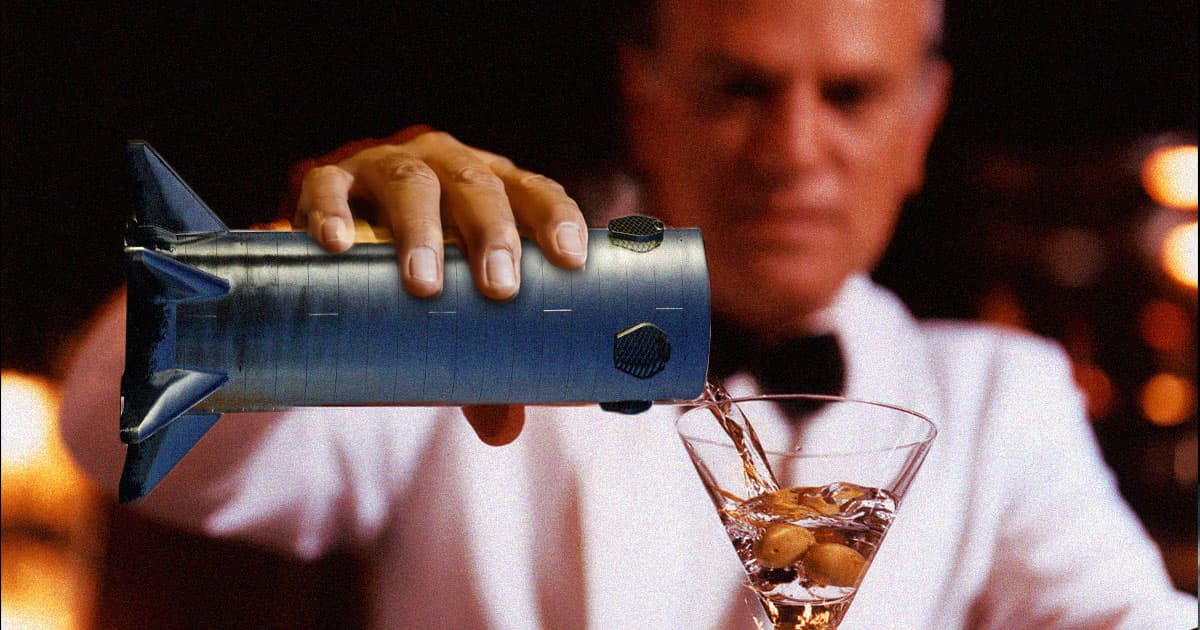 SpaceX Is Hiring a... "Spaceport Mixologist"?

The mixologist will be crafting cocktails at the company’s spaceport facility in Boca Chica, Texas.

The mixologist will be crafting cocktails at the company’s spaceport facility in Boca Chica, Texas.

So you’re looking for a good way to unwind before you launch yourself into orbit. Might we recommend a delicious cocktail from the SpaceX mixologist?

The aeronautics company posted a job listing — first spotted by Benzinga — for a "passionate, experienced" spaceport mixologist for its launch facility in Boca Chica, Texas. More specifically, it’s looking for a bartender who can "prepare drinks, including hand crafted cocktail options" and has "superior mixology experience with a focus on resorts, bars, and full service restaurants."

After all, nothing pairs well with piloting massive and powerful rockets quite like, uh, a few alcoholic drinks.

It’s certainly eyebrow raising to see a company at the forefront of space travel putting resources towards hiring a bartender — but it's not completely surprising. Earlier this year, SpaceX CEO Elon Musk announced that the company was building a "futuristic bar" at the launch facility. It seems likely that the mixologist SpaceX is hiring will be working there.

Moreover, the whole thing is in line with Musk’s overall vision to bring more curious members of the public to visit the launch site.

"I super support public spaces around our production and launch sites, wherever it can be done safely and securely," he tweeted in January. "When COVID passes, we will open up our restaurant to the public and figure out ways to allow limited access to the High Bar."

For a man at the helm of two of the biggest advanced transportation companies in the world, Musk sure seems really into booze.

In October, he announced that Tesla would be producing a Cybertruck-themed beer dubbed the "Gigabier" after the company’s Gigafactory in Berlin, Germany. Last year, the company also unveiled the "Teslaquila" — a $250 lightning-shaped bottle of tequila that sold out within hours.

Now, with SpaceX hiring at least one professional mixologist, it’s becoming more and more obvious that Musk might have a goal beyond making humanity a "multiplanetary species" by colonizing Mars. He just wants to live out all of our college dreams and own a bar.

Related to Musk’s booze: Elon Musk Says That Tesla Is Making Its Own Beer

Be Better
Elon Musk Reportedly Slashed the Team That Fights Child Sexual Abuse on Twitter
Yesterday
Read More
Head Like A Hole
Elon Musk's Crying About Trent Reznor Shows That He Is a Big, Big Baby
Nov 23
Read More
Secrets Secrets
Elon Musk Vigorously Denies That SBF Secretly Owns Part of Twitter
Nov 22
Read More
+Social+Newsletter
TopicsAbout UsContact Us
Copyright ©, Camden Media Inc All Rights Reserved. See our User Agreement, Privacy Policy and Data Use Policy. The material on this site may not be reproduced, distributed, transmitted, cached or otherwise used, except with prior written permission of Futurism. Articles may contain affiliate links which enable us to share in the revenue of any purchases made.
Fonts by Typekit and Monotype.