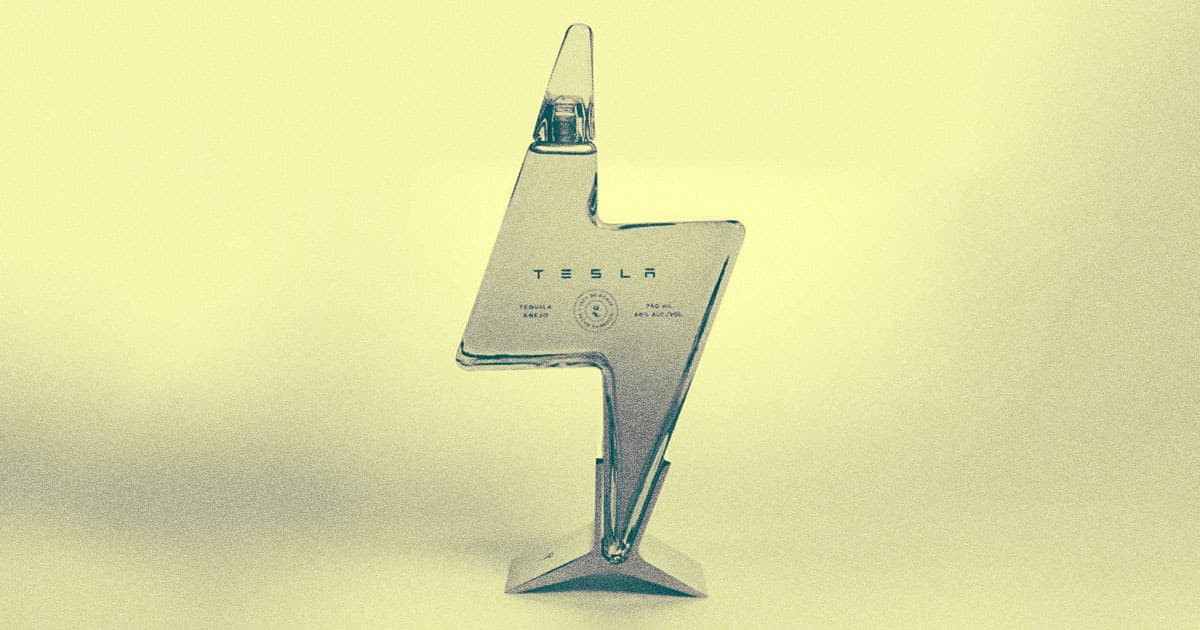 Tesla Is Now Selling Tequila in a Lightning-Shaped Bottle

"Elon was found passed out against a Tesla Model 3, surrounded by 'Teslaquilla' bottles, the tracks of dried tears still visible on his cheeks."

"Elon was found passed out against a Tesla Model 3, surrounded by 'Teslaquilla' bottles, the tracks of dried tears still visible on his cheeks."

Forget the Cybertruck — Tesla's hottest new product is a bottle of tequila, shaped like a lightning bolt.

The agave-based adult beverage is listed for $250 on Tesla's website, but it's already sold out just hours after debuting.

Tesla makes its own cars, but it didn't distill its own tequila. Instead, according to the listing, it outsourced the production and fulfillment to Nosotros Tequila and Speakeasy Co, respectively.

It's not the first oddball listing on the Tesla store, which has previously listed jokey products ranging from gym shorts to surfboards.

The company's mercurial CEO, Elon Musk, has remained mostly quiet about the tequila. He did, however, retweet a 2018 post in which he joked about Tesla going bankrupt — and nodded to the concept of Tesla-branded booze.

"Elon was found passed out against a Tesla Model 3, surrounded by 'Teslaquilla' bottles, the tracks of dried tears still visible on his cheeks," read the tweet.

More on Tesla: Here’s Why Tesla Is Selling Naughty Short-Shorts