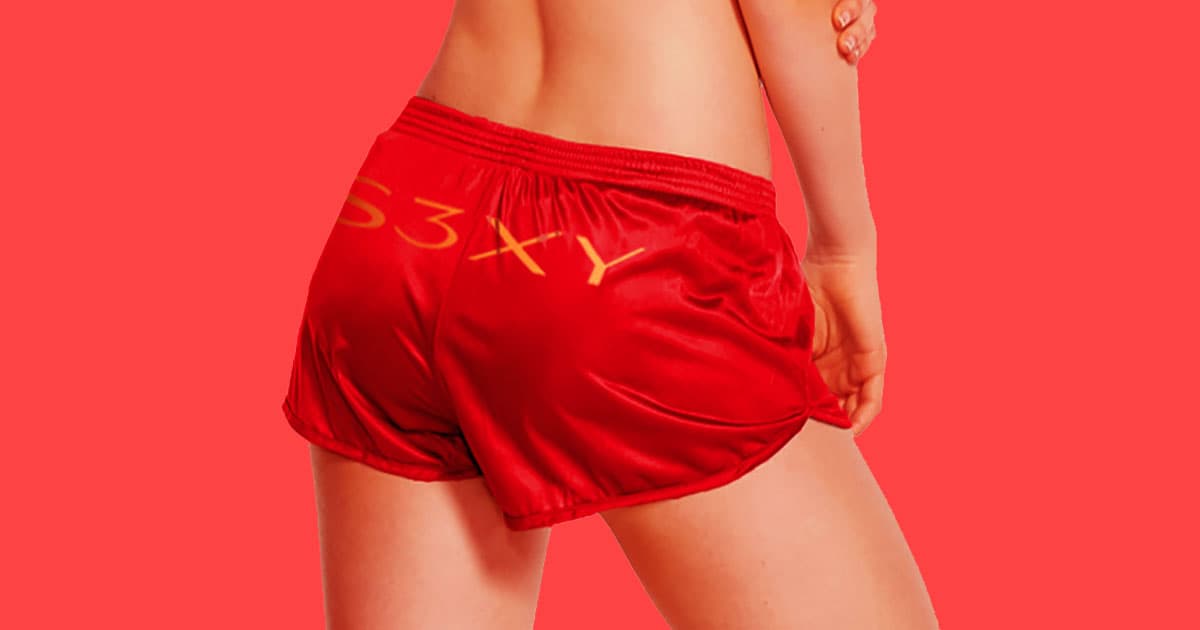 Elon Musk says he might wear the sexy shorts to the next Tesla shareholder meeting.

Elon Musk says he might wear the sexy shorts to the next Tesla shareholder meeting.

“Celebrate summer with Tesla Short Shorts,” reads a product listing. “Run like the wind or entertain like Liberace with our red satin and gold trim design.”

At face value, the skimpy shorts that have little to do with electric cars. But context and a close-read of the shorts’ design reveals a potpourri of Tesla references — and at least one simmering feud.

On the most basic level, the shorts feature the letters “S3XY” printed across the backside — a nod to the four different vehicles the company sells.

Business Insider also suggests the shorts could be a way for Musk to celebrate the fact that his company beat Wall Street expectations after it released its second quarter earnings last week.

Musk also used the shorts to taunt the Securities and Exchange Commission, a longtime regulatory foe.

The garment is going on sale for $69.420 — note the extra decimal point on the official listing — both numbers with which Musk has a loaded history.

It’s not the first strange offering by the electric car company. In July 2018, Tesla started selling limited edition surfboards, which sold out in a single day.

“Double-dare you to wear them at shareholder meeting,” Twitter user @ajtourville challenged the controversial billionaire. “That would be next-level,” Musk countered.

Musk isn’t stopping there to bring home the ultimate Tesla party experience. “Coming soon, our battle with Big Tequila!” Musk tweeted in response to an article about a rumored Tesla-branded Tequila dubbed “Teslaquila.”

More on Tesla: Tesla Is Now Worth More Than ExxonMobil