Tesla Is Now Worth More Than ExxonMobil 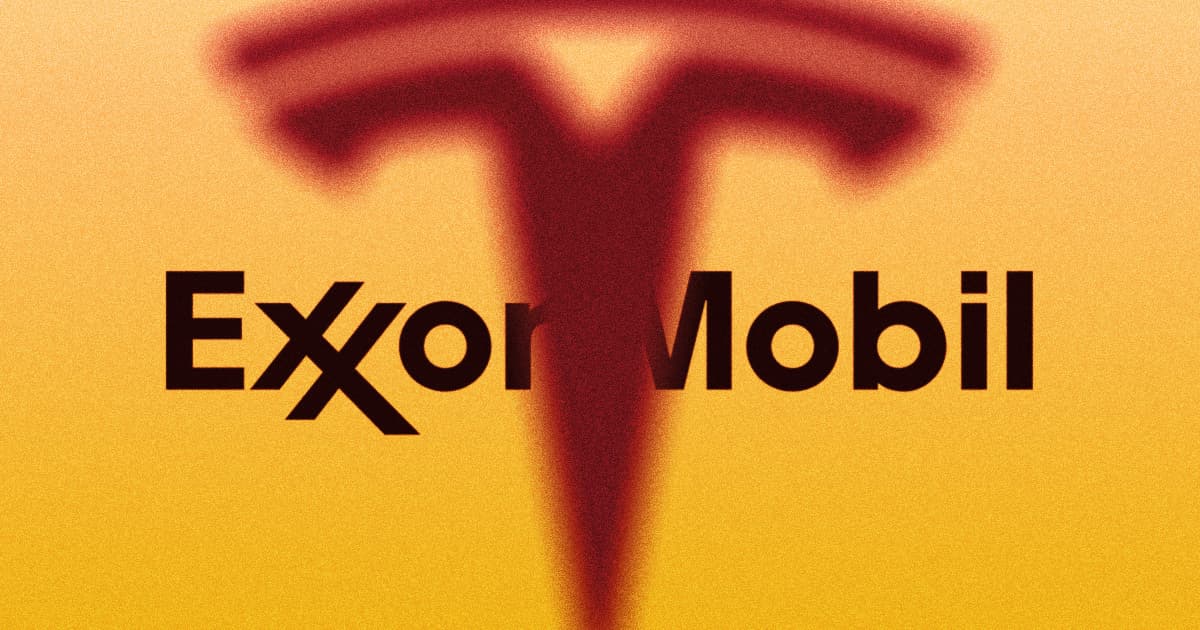 Just a few years ago, electric cars were a niche market, and it was difficult to imagine how they could ever go truly mainstream.

Now, in a striking reversal, the market valuation of electric automaker Tesla now exceeds that of ExxonMobil, one of the planet’s largest fossil fuel megacorporations.

CNN drew attention to the turnabout in a story drawing attention to Tesla’s meteoric stock price, which has as of this week exceeded prominent global brands including Disney, Coca-Cola, Toyota, and PayPal — that latter particularly striking, because it’s the product of a merger with a predecessor company founded by Tesla CEO Musk, showing the mercurial CEO’s astonishing global influence.

At press time, Tesla’s market capitalization — that’s the economic term for, basically, the value of all its stock — stood at approximately $223 billion. Exxon, in contrast, was worth a little more than $187 billion. For perspective, Disney stood at $203 billion, Coke at $193 billion, Toyota at $204 billion and PayPal at $209 billion.

The milestone is a long time in the making, and a product of disparate financial trends. Tesla’s stock has, on the whole, been on a longterm upswing, while Exxon’s stock price has fallen precipitously since the coronavirus pandemic — and perhaps, in the long view, a sense by investors that the future is in renewables rather than fossil fuels.

To be fair, market capitalization is an imperfect gauge of a company’s success. Toyota, for instance, made 8.8 million cars last year, while Tesla produced just 367,500.

Even Musk, the CEO of Tesla, has expressed skepticism about his own company’s valuation, tweeting in early May that “Tesla stock price is too high [in my opinion.]”

READ MORE: Tesla is now worth more than Toyota, Disney and Coke [CNN]

Read This Next
Assertive or Annoying?
Tesla FSD Appears to Ask Drivers Whether It Should Break the Law
Sun Power
Startup Says Its Solar Upgrade for Teslas Adds 60 Miles in Range per Day
Cyber Squad
Tesla Finally Releases Cybertruck ATV… But For Some Reason It’s Child-Sized
Futurism
Tesla Fan Page Relentlessly Mocked for Incredibly Stupid Post
Junk in Trunk
Oh Great, They’re Filming Porn Inside Teslas on Autopilot
More on Advanced Transport
Clustertruck
Yesterday on the byte
Tesla Is Apparently Delaying the Disastrous Cybertruck Another Year
Get Outta My Way
Thursday on the byte
Self-Driving Car Has Giant Airbag for When It Accidentally Plows Into Pedestrians
It's the Owners
Wednesday on the byte
Hacker Claims to Have Seized Control of Teslas Around the World
READ MORE STORIES ABOUT / Advanced Transport
Keep up.
Subscribe to our daily newsletter to keep in touch with the subjects shaping our future.