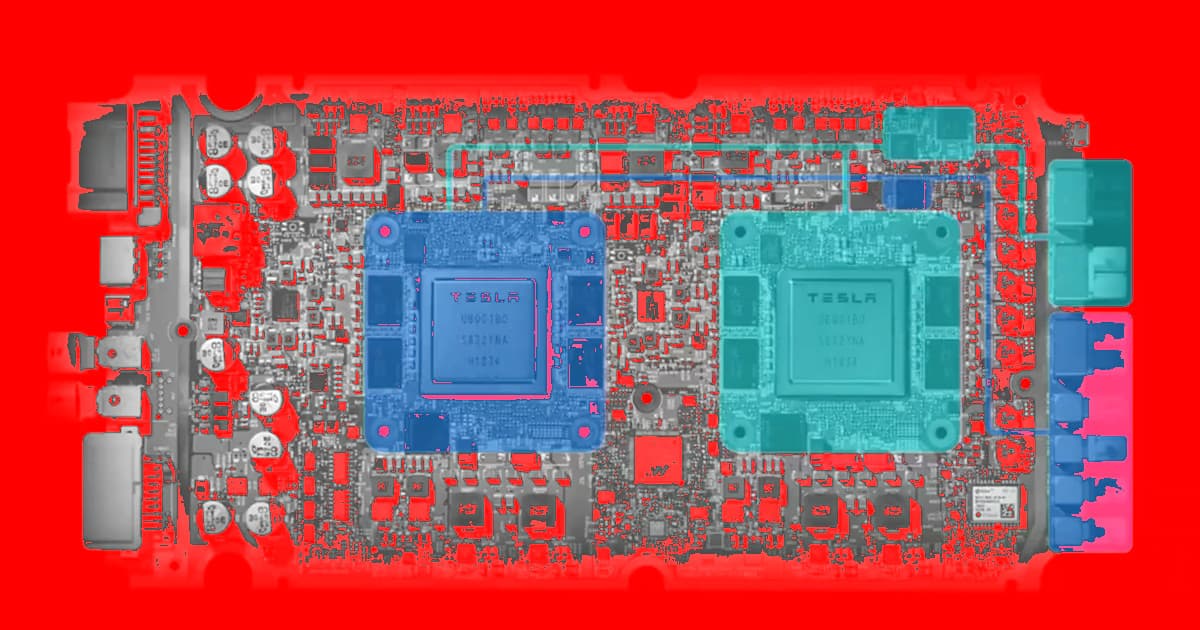 Tesla Computer Hardware Stuns Competitors: "We Cannot Do It"

According to some experts, Tesla is a full six years ahead of the competition.

According to some experts, Tesla is a full six years ahead of the competition.

Japanese business newspaper Nikkei Asian Review recently conducted a teardown of a Tesla Model 3, and engineers were shocked at how advanced the electric car company's onboard computer technology was.

"We cannot do it," an unnamed Japanese engineer at a rival car company said after analyzing the Model 3's integrated central control unit, as quoted by Nikkei — referring to legacy automakers' inability to catch up to Tesla's AI chips.

The current generation of Tesla's "Hardware 3" chips, which it started installing in vehicles last year, have enough computational power to enable Tesla vehicles to fully drive themselves, according to CEO Elon Musk.

But as of right now, Tesla's fleet's self-driving capabilities are limited to Level 2 — out of five, in which level 5 is fully autonomous — or "partially autonomous." That means they're able to handle things like changing lanes, making turns, and navigating parking lots without a driver in the seat.

Nonetheless, according to Nikkei, the rest of the industry is expecting the same level of technology to make it into cars no sooner than 2025, prompting experts to suggest Tesla is a full six years ahead of the competition.

The hold up, according to Nikkei, is likely related to established automakers' legacy supply chains. Tesla is a newer company that can choose its partners more freely, in other words, effectively leapfrogging the competition.

More on Tesla hardware: Elon Musk: $2,000 Tesla Computer Upgrade Not Worth It